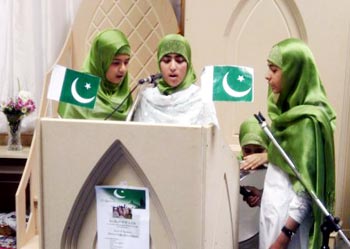 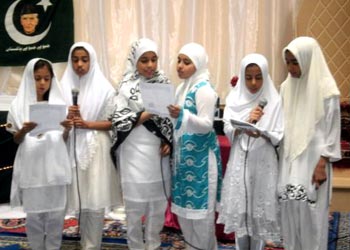 By the grace of Almighty Allah, the Minhaj Education Society and Minhaj Woman League jointly organised a beautiful event to mark the Independence of Pakistan on 1st August 2010. Mrs. Mumtaz Malik hosted the program. It started with the recitation of the Holy Quran by sister Rabia Liaqat. In order to enhance the effect of the program, a group of sisters (Soumaia, Neha, Reshmeen, Tehreem, Sana, Ramsha, Zunaira, Fajr) presented a beautiful hymn of Pakistan which was appreciated by everyone. 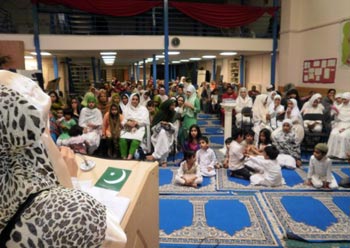 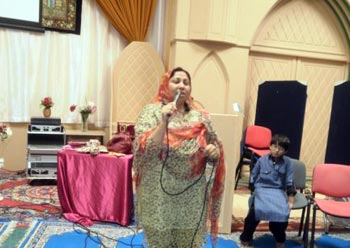 Sister Naela Majeed delivered a speech on the sacrifices rendered by people to win the war of independence and make Pakistan emerge on the world map. She said that the case for a separate homeland for the Muslims was fought along constitutional lines through political process. This aspect, she said, needs to be highlighted to the international community for better understanding of the country’s history and background. She regretted that Pakistan’s history could not be promoted in the world the way it deserved and the only introduction people abroad have had of Pakistan relates to terrorism and extremism that has been planned by the anti Pakistan elements. She said that Pakistan’s soft power needs to be marshaled and projected accordingly to win over friends in the Western world. 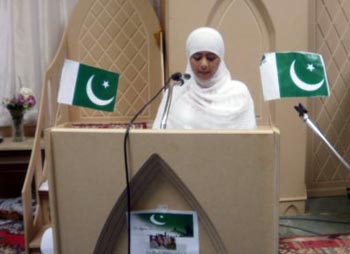 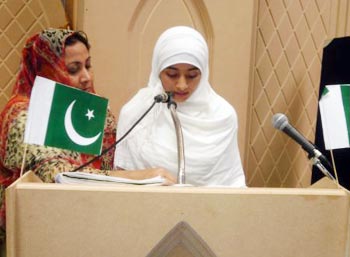 Many sisters took part in the program by chanting numerous patriotic hymns on Pakistan. Mrs. Mumtaz Malik said that we are Pakistani but we are also French. We have to respect the country where we live because it grants us many rights and opportunities. She said that Islam fostered human development and integration. She rejected those elements, who were bent on proving that Islam had exclusivist character. She appreciated the struggle for peace, integration and human development launched by Shaykh-ul-Islam Dr Muhammad Tahir-ul-Qadri. 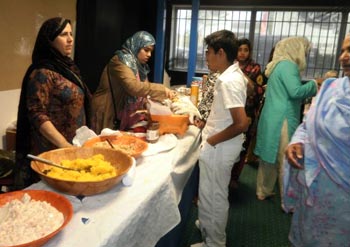 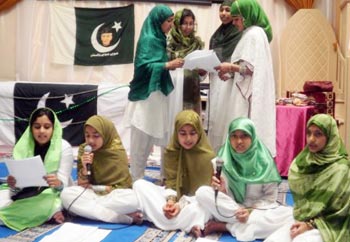 After that, a group of sisters presented a stage drama. The moral was: the one who digs a well for somebody else falls he even inside. At the end of the program, everybody stood up for the national anthem of Pakistan. A stall with numerous dishes was put up so that every body could relax and enjoy the event.