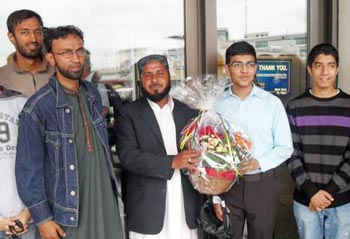 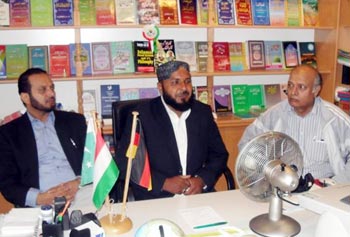 Respectable scholar Hafiz Tariq Ali from Pakistan has arrived in Berlin. He has come to be the Imam of Minhaj ul Quran Berlin. About 20 people came to receive him at the Berlin Tegel Airport, including president of MQI Berlin Faiz Ahmed and General Secretary of MQI Berlin Mohammad Irshad. 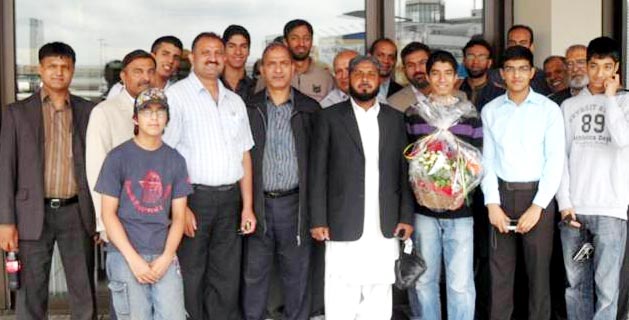 Later a meeting was held in the mosque, where the MQI members introduced themselves and had the opportunity to ask Hafiz Tariq Ali questions about MQI and Islam. Honorable Hafiz Tariq Ali said that we are very fortunate that we live in the same time as Shaykh- ul-Islam Dr. Muhammad Tahir-ul-Qadri. He said that the services and contributions of Shaykh-ul-Islam Dr Muhammad Tahir-ul-Qadri for the cause of global peace, harmony and interfaith dialogue were acknowledged around the world. He also said that we should try our utmost to carry forward this mission of harmony and peace in the world and work hard to accomplish it. The meeting ended with Du’a for the whole Ummah and especially for Shaykh- ul-Islam’s health and long life.