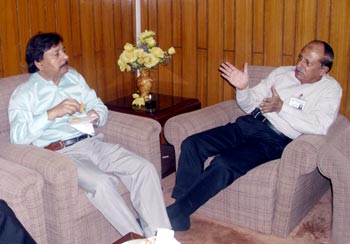 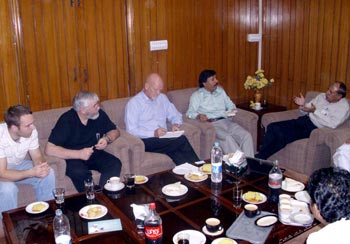 The delegation was briefed on the major pursuits of Minhaj-ul-Quran International on the globe. Talking to the delegation, Brig. (Retd) Iqbal Ahmed, Naib Amir-e-Tehreek, told the delegation that MQI is extensively engaged for the establishment of world peace. Under the galvanizing leadership of Shaykh-ul-Islam Dr Muhammad Tahir-ul-Qadri, we are striving for integrity among the communities, bringing civilizations closer and working for interfaith harmony and eliminating extremism and terrorism through promotion of tolerance and moderation. For this purpose, Shaykh-ul-Islam established the Interfaith Dialogue Forum which has produced concrete results all over the world, especially in Europe. He emphasized upon the delegation that Minhaj-ul-Quran International was working relentlessly towards peaceful coexistence with its centers in ninety countries of the world.

Speaking on the occasion, Miskeen Faiz-ur-Rehman Durrani, Amir-e-Tehreek MQI, threw light on the Fatwa book Shaykh-ul-Islam has written against terrorism that has won world fame and has proved one of the most effective measures in awakening global awareness about the truth of current surge of terrorism which has plagued the world peace. He paid glowing tributes to the exceptional efforts Shaykh-ul-Islam is engaged in to unfold the inner realities pertaining to extremist groups spoiling the true image of Islam around the globe. 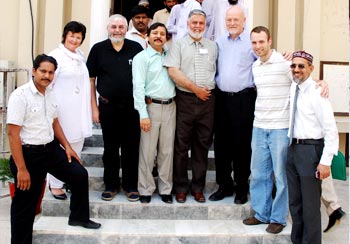 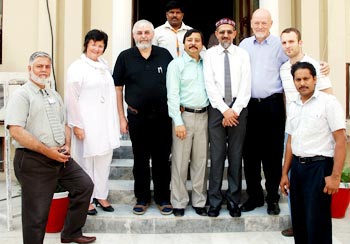 Present on the occasion was also the Director Foreign Affairs MQI Secretariat Raja Jamil Ajmal. He told the delegation that MQI has set up the Reconciliation Council under the guidance og Shaykh-ul-Islam and with the collaboration of Norwegian government, the council has achieved encouraging results in resolving the issues people face in everyday life.

The briefing was followed by a frank and open discussion on the subject where the hosts and the guests exchanged views candidly and clarified their perceptions regarding the issues and problems faced by the people of two faiths especially in the western societies. They discussed various issues emanating from the social and cultural environments and found a common ground to overcome the problems with a better understanding to the causes and effects of these issues.

Naib Nazim-e-Ala MQI, Mr GM Malik conducted the visit of the delegation to the Secretariat. He also took the honorable members of the delegation to the Flood Moot that was in progress in conference hall, organized by the Minhaj-ul-Quran Women League on the subject of “Flood-hit women and children… an analysis.” Secretary General MWL Ms Sumaira Rafaqat Advocate warmly welcomed the honorable guests to the moot and introduced them to the audience. 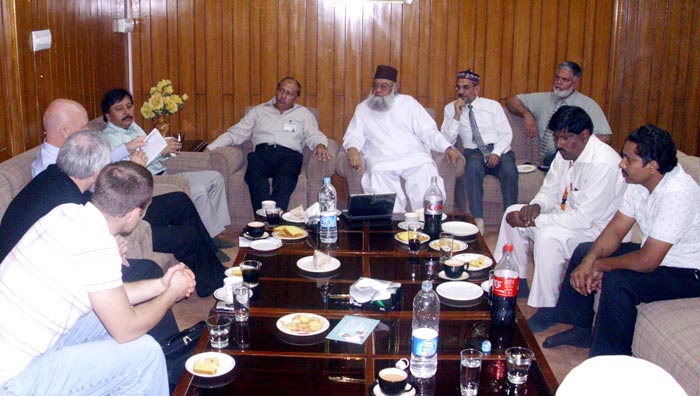