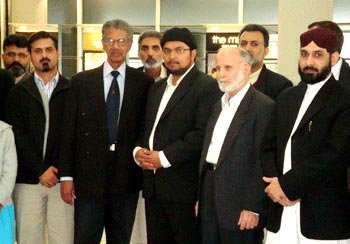 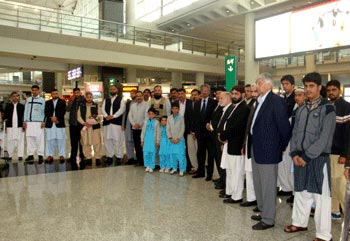 Sahibzada Hussain Mohi-ud-Din Qadri, the younger son of Shaykh-ul-Islam Dr Muhammad Tahir-ul-Qadri and the president of MQI’s Federal Council, reached Hong Kong on a five-day tour on November 6, 2010. A large number of workers of MQI including its patron Niaz Muhammad Khan, president Muhammad Sikander Baacha and Muhammad Nasim Naqshbandi welcomed the respected guest on his arrival at the airport. According to a statement of the president of MQI Hong Kong, Sahibzada Hussain Mohi-ud-Din Qadri would deliver lectures on the subject of “Islam and Peace” in different universities during his stay in the Hong Kong. He would also address the Pakistani business community and attend a dinner to be hosted in his honour by the president of Pakistan’s Business Forum.