Recourse to the Holy Quran panacea of our collective ills: MQI

A 10-day training camp for the male and female preachers began today under the banner of Directorate of Training and Dawa of MQI, which is being attended by over 150 scholars. These scholars would be imparted lessons on different branches of Islamic law. After completing training, they would take up the responsibility of spreading the Quranic message of peace, harmony and interfaith dialogue throughout the country under the Irfan-ul-Quran course. They would also make people aware of their rights. Sahibzada Faiz-ur-Rehman Durrani, Allama Prof Nawaz Zafar, Allama Rana Muhammad Idrees, Allama Ghulam Murtaza Alvi, Ahmad Nawaz Anjum and others would deliver lectures to the participants of the course on diverse topics. 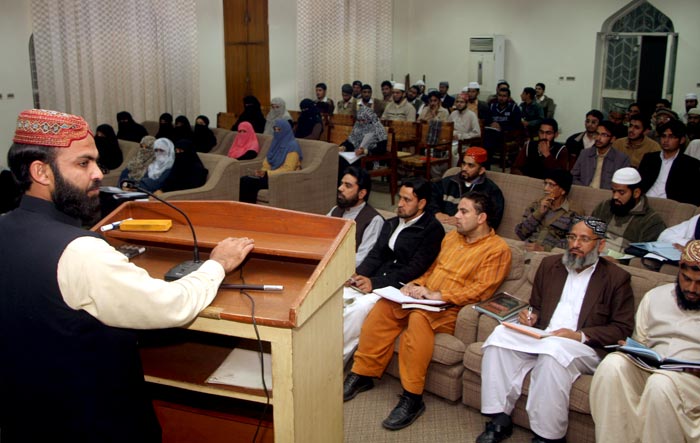 Throwing light on the aims and objectives of the course, Muhammad Sharif Kamalvi said that people’s relationship with the Holy Quran has become weak under the influence of materialistic forces of life. Consequently, the forces of extremism and terrorism have moved forward to fill in the vacuum in the absence of a true message of Islam. He said that the course aims at production of religious scholars who would spread the real message of Islam in the light of contemporary challenges. He said that positive attitudes would emanate from this course.