Minhaj ul Quran International organized an Eid on the eve of Eid ul Adha 2010.On Eid day the executive Members of MQI Frankfurt am Main and the members of the Youth League gathered in the Saalbau Titus Forum hall booked for the purpose. It is the biggest hall in Frankfurt am Main’s with a Capacity of 2000 people. The stall had been laid. 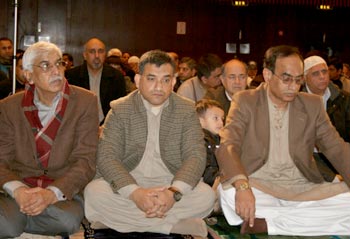 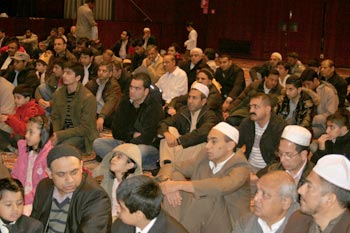 The Eid prayer was offered at 09 am led by Imaam Allama Qari Faiz Ahmed followed by his Sermon on “What does Qurbani mean for us”. After Dua the participants exchanged Eid greetings. Outside the Prayers Area were stalls where people could offer their Qurbani donations buy books, CD’s and DVD’s of lectures by Shaykh ul Islam Dr. Muhammad Tahir ul Qadri. After the Prayer Sisters also took their presents sponsored by Sadia Enterprises. 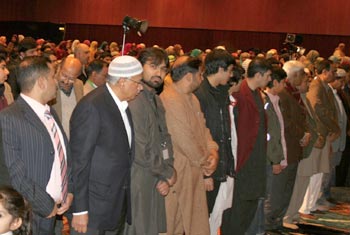 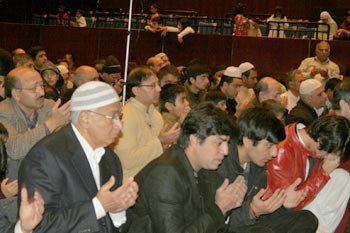 The festival was visited by the representatives of the Consulate General of Pakistan Frankfurt am Main, including the Consul General Mr. G. R. Malik, Vice Consul Mr. Zahid Hussain, Commercial Consul Mr. Hassan M. Yousufzai, Manager of NBP of Frankfurt am Main Mr. Shahid Khan and eminent guests from the Business Community.The guests were served food, snacks and soft drinks by MQI. A large number of people had come to enjoy and celebrate Eid.