Incident of Karbala is a message of hope, justice and truth: Allama Noor Ahmed Noor 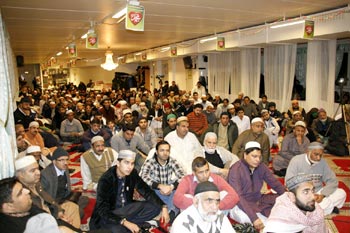 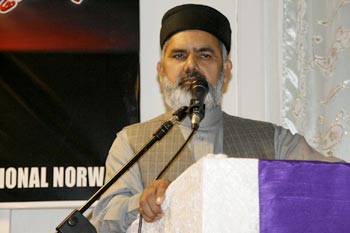 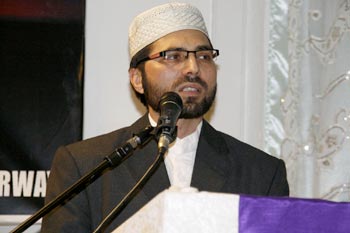 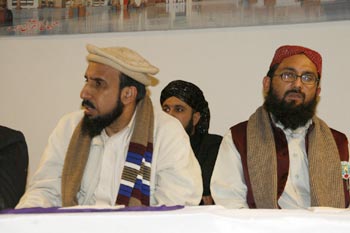 The Conference was formally started by recitation of the Holy Qur’an by Qari Muhammad Khalid Raza Qadri of Moss. After recitation Munqabats were presented for Hazrat Imam Hussain (R.A.) by Abd-Ul-Mannan, Allama Najeeb Naz, Ghulam Dastageer, a member of Minhaj Youth League Drammen Kamran Bashir and Faseeh-Ul-Hassan from Spain. Imam Din Muazmi from Fruist Muslim Centre also shared his views on Imam Hussain (R.A.) with in light of references from the Quran and Hadith. 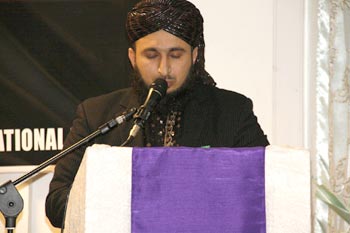 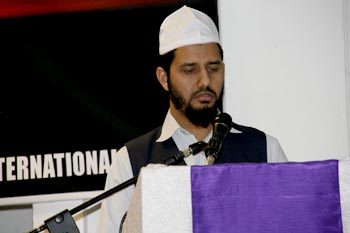 Allama Noor Ahmed, a well known student of Shaykh-ul-Islam Dr Muhammad Tahir-ul-Qadri and leader of Minhaj-Ul-Quran International Drammen, was the leading speaker of the Conference of Imam-e-Hussain R.A. He divided his speech into two parts. The first was on the remembrance of Imam-e-Hussain R.A and the second consisted of the philosophy of Imam-e-Hussain R.A. He also shared his Punjabi Manqabat on the memories of Krbala. His Mangabat intensely touched the audience. He said that the occurrence of Karbala was not just an incident but a philosophy of life for the future generations and nations. Furthermore he said that the message of Karbala is universal and transcends the human boundaries, and regions. It is independent of time bars and binds the entire humanity in a relationship of love. 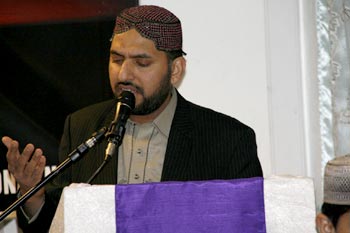 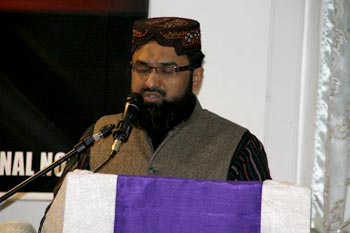 Allama Noor Ahmad also spoke on the present situation with special reference to Pakistan. He said that the twin evils of terrorism and extremism, which are eating into vitals of our society, have emerged because we have put the teachings of Islam at the back burner. He stated categorically that terrorism and extremism violate the message of Hazrat Imam Hussain (RA). The great Imam, he said, fought against tyranny and dictatorship, which sought to disfigure the teachings of Islam. His struggle was for the protection and enforcement of human rights and establishment of a welfare state where people were the major stakeholders in the system. He bemoaned the fact that Pakistan’s predicaments lay in its pro-elitist power structure. 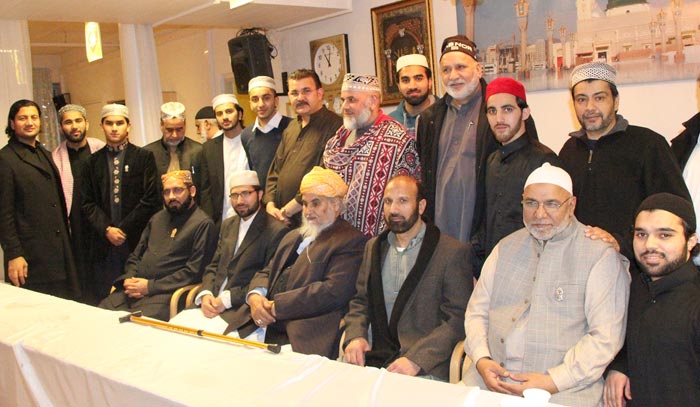 The members who worked tirelessly to make the program a success were Ch. Mushtaq, Hafiz Nasir Ali Awan, and entire organization of MQI Oslo. A former student of Minhaj University conducted the proceedings of the program. The gathering concluded with Salaat-o-Salaam upon the Holy Prophet (S.A.W) and Hazrat Imam Hussain R.A by Allama Qari Israr Ahmed Qadri.