MQI congratulates its members on the Quaid Day 2011

Today is the 19th of February, the 60th birthday of Shaykh-ul-Islam Dr Muhammad Tahir-ul-Qadri, the founding leader of Minhaj-ul-Quran International and a leading authority on Islam in the contemporary world. Minhaj-ul-Quran International felicitates its members around the world on the auspicious occasion the Quaid Day. MQI has come a long way since its foundation under the inspiring and dynamic leadership of Shaykh-ul-Islam Dr Muhammad Tahir-ul-Qadri in a short span of 30 years, which speaks volumes about the dedicated leadership of Shaykh-ul-Islam. Today, the name of Dr Muhammad Tahir-ul-Qadri is acknowledged as a true ambassador of peace, interfaith dialogue and human development. Shaykh-ul-Islam launched an intellectual struggle against the forces of terrorism and extremism. Historic Fatwa against Terrorism authored by him is the most authentic research work on the subject, which has knocked the bottom from under the feat of terrorists and their supporters besides putting true Islamic perspective on the issue before the Western world. The Fatwa has played a critical role in allaying the misconceptions about Islam. MQI has asked its members to pray for the good health and long life of Shaykh-ul-Islam. 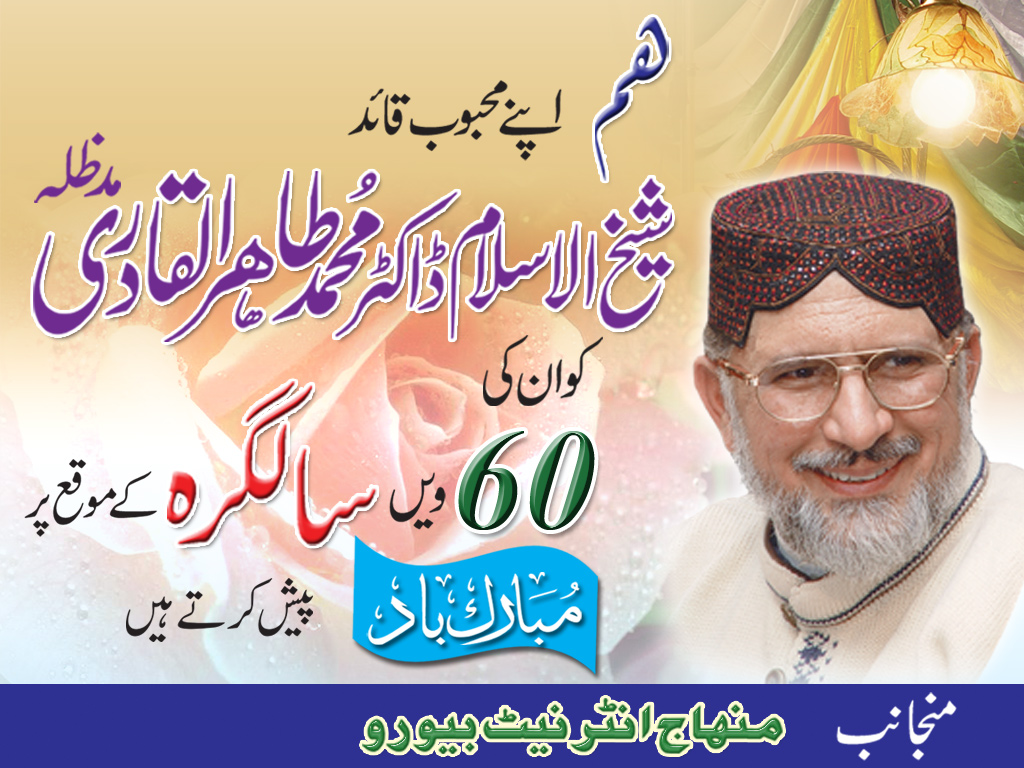