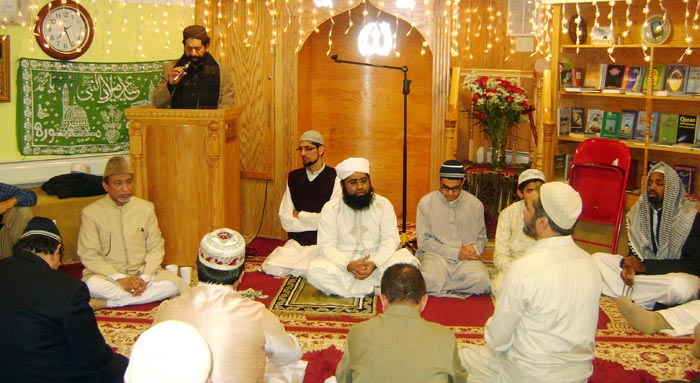 Minhaj-ul-Quran International (USA) organized a Mawlid-un-Nabi Conference in connection with the birth anniversary of the Holy Prophet (SAW) in MQI centre New Jersey on February 19, 2011. A large number of people belonging to different walks of life including men, women and children attended the program.

The proceedings of this spiritual gathering began with the recitation from the Holy Quran. Manzur Elahi, Mir Jaffer Ali, Mir Safder Ali and Asghar Chishti recited Naat on the occasion. These Naat Khawan electrified the atmosphere with their melodious voices. Sheikh Ahmed Tidiane Mountakha (Imam of the African Islamic center), Imam Mohammed Mountakha, Shaykh Mohataz Charaf and Imam Mohammed Saleem Qadri (Minaj-ul-Quran International) addressed the audience and threw light on the blessed life and teachings of the Holy Prophet (SAW). 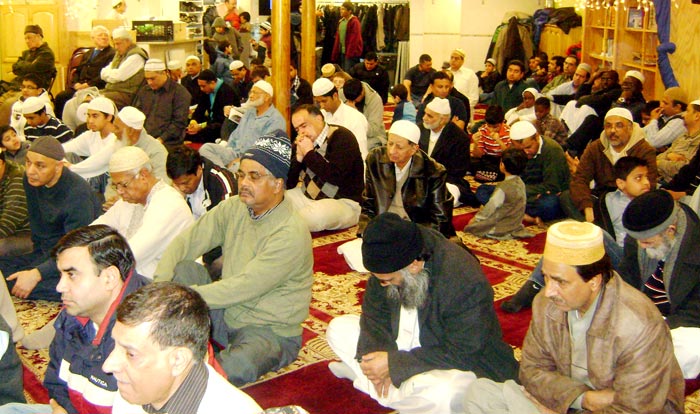 In his speech, Muhammad Saleem Qadri said that Minhaj-ul-Quran International is spearheading an intellectual campaign against the forces of terrorism and extremism under the dynamic leadership of Shaykh-ul-Islam Dr Muhammad Tahir-ul-Qadri. He said that the weapon in the armory of MQI is the love for the Holy Prophet (SAW). The program continued for three hours and concluded on Dua. Sumptuous dinner was served at the end.