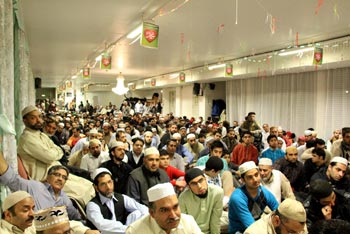 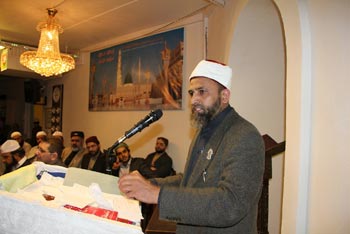 The event of Milad-Un-Nabi (SAW) was celebrated with great enthusiasm on Saturday, 5th March 2011 under the auspices of Minhaj-Ul-Quran International Oslo, in which a large number of people from surrounding areas participated. The Programme started with the recitation from the Holy Quran by Imam Qari Tofeeq Ahmed. He also recited a delightful ‘nashhed’ . Muhammad Wahhed Butt Noori, a renowned naat khwaan from Pakistan, recited Naat in a beautiful manner. Muhammed Milaad Raza Qadri also participated and presented some beautiful Nasheeds. 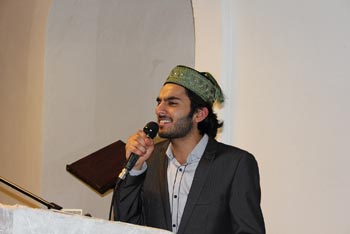 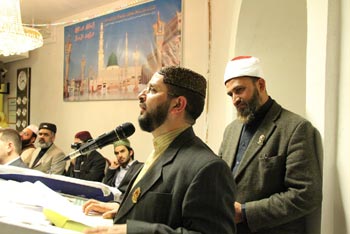 The president of the Islamic Council of Norway, Dr. Muhammad Farooq of Bosnia, delivered a scholarly speech in English on the topic of“Milaad Pak and the teachings of the Prophet (SAW)”. The guest of honour on the occasion was Shaykh Muhammad Sadiq Qureshi, a student of Shaykh-ul- Islam Dr Muhammad Tahir ul Qadri. He delivered his speech on Milaad- Un -Nabi (SAW) and the grand station of our Holy Prophet (SAW). Over a thousand people participated. Referring to a verse “Wara Fana Laka Zik Rak” he said that Allah Almighty Himself raised the stature of the Holy Prophet (SAW). He stated that through the teachings of the Prophet (SAW), we learn how to love, respect and care for one another for the sake of wel-being of humanity. The moral of the speech was to remind people of the foundations of their faith and keep them connected for promotion of love and peace in the world. 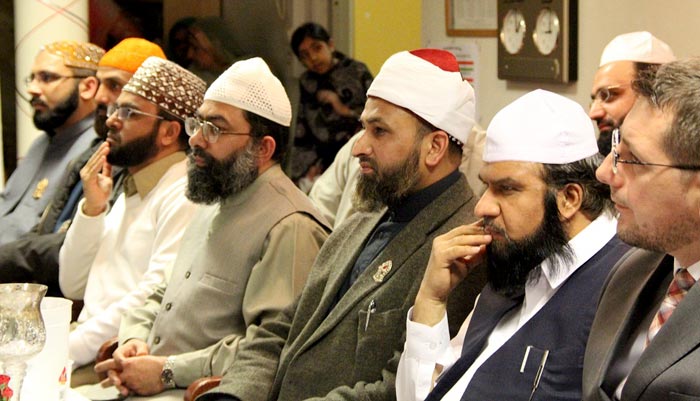 Alama Hafiz Sadaqat Ali Qadri (director of Minhaj-Ul-Quran International Oslo) conducted the proceedings of the program . Apart from the thousands of Muslims from Oslo, there were also many local people from the surrounding areas participating in the conference. The gathering concluded with ‘Salaat-O-Salam’ (Greetings and Salutations) on the Holy Prophet (SAW) and Dua. Alama Hafiz Sadaqat Ali Qadri thanked everyone on his behalf and also on the behalf of the entire organization. All the forums of Minhaj ul Quran International played a vital role in the success of this conference especially President of Coordination Committee and an important member of Minhaj ul Quran International, Chaudhry Mushtaq Ahmed, made a great contribution to this programme. At the end of the conference, the guests were served with Milaad feast. 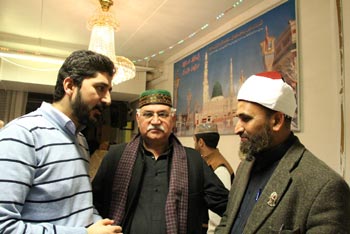 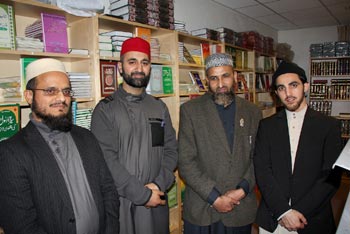 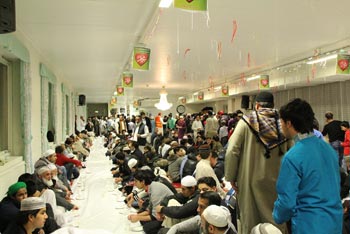 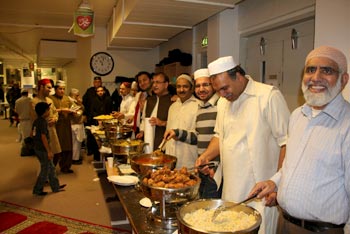