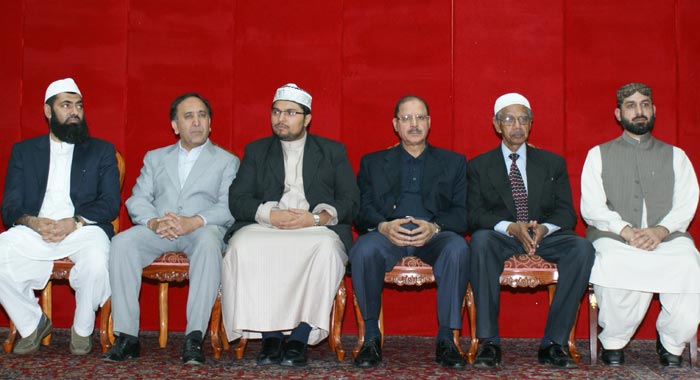 Pakistan Association of Hong Kong organized a prestigious Mawlid-un-Nabi Conference in the Club Hall on March 7, 2011, which was presided over by Dr Ahmad Bilal, Counsel General of Pakistan. Sahibzada Hussain Mohi-ud-Qadri, president of MQI’s Federal Council, was the chief guest on the occasion.

Mr. Rashid Noomani started off the proceedings of the Conference with the recitation of Beautiful name of Allah followed by Naat, which Sabir Hussain Sabri had the honour to present.

In his speech, Dr Ahmad Bilal paid tribute to Sahibzada Hussain Mohi-ud-Din Qadri. He said that the talk delivered by Sahibzada sahib in Holiday Inn and Colone Mosque was quite thought-provoking. He further added that there is a lot to be learnt from it. He revealed that he has been discussing the contents of the address with his colleagues and social circles. 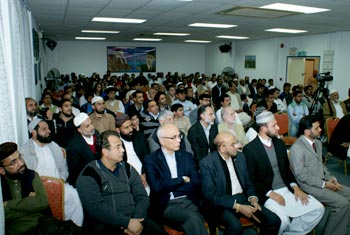 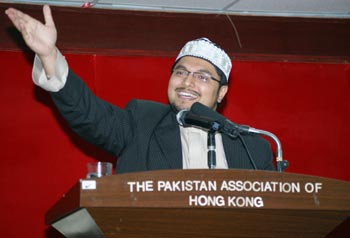 Addressing the audience, Sahibzada Hussain Mohi-ud-Din Qadri said that Islam does not admit of terrorism and extremism. There is a clear difference between Jihad and killing. He stated that Jihad has various kinds i.e. Jihad through knowledge, wealth, good deed, against one’s lower self and with sword. He said that Jihad with sword is the last category and is qualified with a number of conditionalities. He said that no group or organization is allowed to declare Jihad on its own. It is the sole prerogative of the state. Those, he added, who invoke the slogan of Jihad are in fact misleading people and bringing the fair name of Islam into disrepute. He said that by authoring historic Fatwa against Terrorism, Shaykh-ul-Islam Dr Muhammad Tahir-ul-Qadri has clarified the concept of Jihad and highlighted the exact nature of Islamic teachings. Sahibzada Hussain Mohi-ud-Din Qadri said that Fatwa is a great service to Islam at a time when our great religion is under attack from different sources. 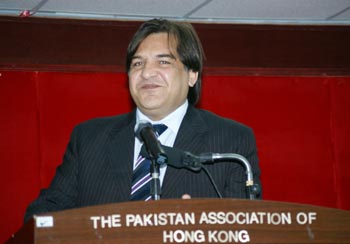 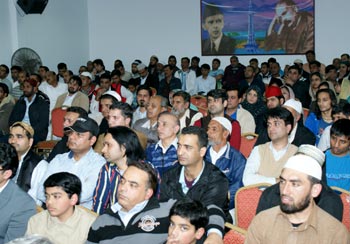 Captain (r ) Shahzad Salim Ahmad, president of Pakistan Association, thanked Sahibzada Hussain Mohi-ud-Din Qadri for taking time out of his educational engagements and came all the way to deliver a speech. Other speakers also appreciated the quality of content and originality of thought in the speech of Sahibzada Hussain Mohi-ud-Din Qadri. Hafiz Muhammad Nasim Naqashbandi conducted the proceedings of the Conference in an amicable manner. The programme ended with the offering of greetings and salutations on the Holy Prophet (SAW). 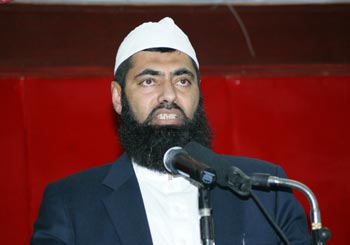 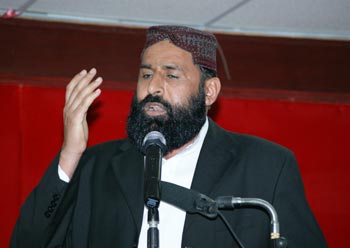