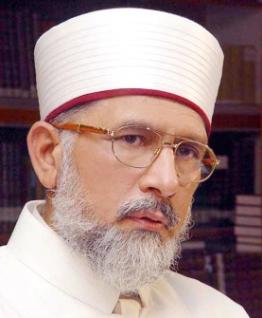 New Zealanders will have a rare opportunity of listening to one of the most learned scholars of Law and Islam in Auckland this weekend.

Dr Muhammad Tahir Ul Qadri, an internationally renowned lawyer and theologian, will speak on ‘Peace, Humanity and Islam’ at the University of Auckland Business School (Room 260-098 Glenn Owen Building) on August 7 at 1 pm, followed by a Question & Answer Session.

Dr Qadri is better known for his ‘Fatwa’ (Decree) on Terrorism and Suicide Bombings, denouncing them as ‘Anti-Islam.’

According to moderate Muslims and media reports, his ‘Fatwa,’ followed by speeches all over the world have dealt “an extraordinary theological blow to terrorist groups of fanatic ideas.”

“His Fatwa is a significant step to get Islam free from radicalism. He has made headlines on CNN, BBC, Al Jazeera, and Washington Times for his unmatched global ruling and condemnation of terrorism,” they said.

Dr Qadri is the author of more than 1000 books on various topics including the best-selling fatwa book.

We understand that he has since quit politics to concentrate on the activities of worldwide organisations that he heads to promote Islam as a religion of peace and understanding for better human life.

His ancestors belong to the Sial family of Jhang. His father, the late Farid Ud Din Qadri was known for his erudition and friendliness towards all.

Dr Qadri began his religious education at the age of 12 in Madinah (Saudi Arabia) at the Madrasa Al Ulum Ash Shariyya, situated in the house of Sayyiduna Abu Ayyub Al Ansari, the first residence of the Prophet Mohammed (Peace Be Upon Him).

Following his graduation in Law with a Gold Medal from the University of Punjab (Lahore) in 1974, he established a legal practice and lectured at the University.

He obtained his PhD in Law, became Professor and taught Constitutional Law relating to Britain, the US and Islam.

His other assignments in Pakistan included Jurist Consultant on Islamic Law at the Supreme Court and Federal Shariat Court and Specialist Adviser on Islamic Curricula at the Federal Education Ministry.

Dr Qadri has more than 6000 lectures to his credit, most of them on Astronomy,

He was a guest speaker at the World Economic Forum held in Davos Switzerland in January this year.

In Auckland, he will also speak on his recently launched English version of the 500-page decree ‘Fatwa on Terrorism & Suicide Bombings.’