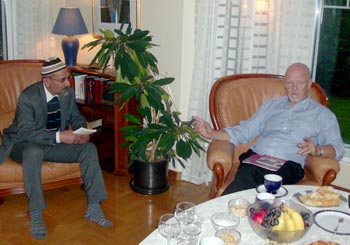 Muhammad Mustafa (G.M. Malik) Principal Secretary to Patron in Chief MQI, Shaykh-ul-Islam Dr. Muhammad Tahir ul Qadri met Pastor Trygve Brekke and Arnold Kristoffersen and presented him the Fatwa on Terrorism and Suicide Bombings by Shaykh-ul-Islam Dr Muhammad Tahir-ul-Qadri. He was accompanied by Mr. Sammer Hussain the newly elected Counsellor of Stavanger and Allama Muhammad Abid Nakshbandi. Both the dignitaries appreciated the services of Dr Muhammad Tahir-ul-Qadri for the promotion of peace, harmony and interfaith dialogue all over the world.

G.M. Malik, who is also the Deputy Secretary General, Minhaj ul Quran International, briefed them about the contributions of MQI and Shaykh-ul-Islam in multiple fields such as peace, human welfare, education and interfaith dialogue at global level. He said that there was a need to emphasize commonalities and shared values espoused by both Islam and Christianity. He further stated that it was incumbent upon the followers of both the religions to build bridges and eliminate hatred and suspicion. He said that MQI would continue to work for interfaith dialogue and peace in the world. G.M. Malik also extended his invitation to visit the Central Secretariat of MQI, Lahore which was accepted. 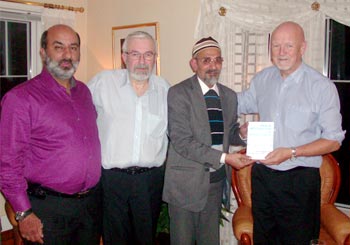 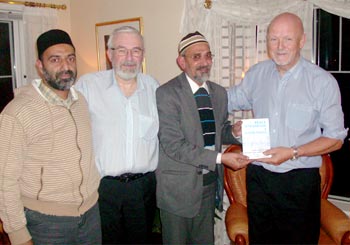