On Saturday 20th August 2011, the award ceremony for the Minhaj Summer School was held at the Minhaj-ul-Quran International centre in London. Students received certificates, awards and trophies for participating in the course. This year the course was unique in the sense that it was managed by the Muslim Youth League Sisters in Newham London, which resulted in a new refreshing attitude based on making Islamic education easy and fun to learn. 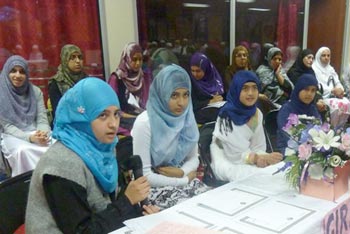 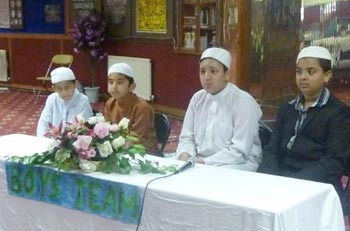 This was achieved by various methods such as conducting quizzes, games, painting, and colouring, watching Islamic films, having discussions and participating in debates in some of the lessons. The Summer School was successfully coordinated by Sister Fozia Shabbir and Sister Sana Asif and was overseen and reorganised by the MYL S Newham Coordinator, Sister Ambreen Hussain. The advertising campaign for the summer school was led by Sister Haleema Ansar. It was a great success by grace of God as the number of new students attending this four-week course, quadrupled compared to previous years. Subjects that were taught were Al-Quran, Al-Fiqh, Tajweed, Qirat, Islamic Manners, Islamic History and Islamic stories, Maths, Science and a course on being Creative. 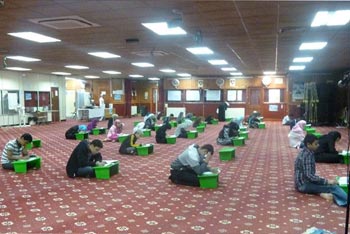 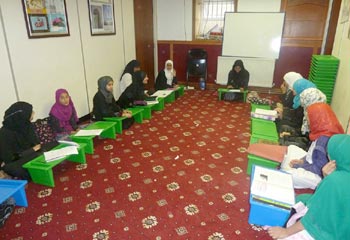 The ceremony was hosted by the school coordinator Sister Fozia, and commenced with a beautiful recitation from the Holy Quran by Ahmad Raza, followed by a nasheed by Mahmood Alam - one of the students at the Summer School. Tayib Hussain, a new Summer School student, gave a short talk about the month of Ramadan. He mentioned the importance of fasting as well as the benefits of the month of Ramadan. The speech was followed by a Ramadan quiz. Prior to the ceremony students were selected and given 50 questions each to learn for the competition. There were two teams with 4 students on each side. The questions were asked by Sister Haleema and the scores were taken by Sister Aaisha. The competition was very tense, with the scores being very close to each other, but the boy’s team won in the end! 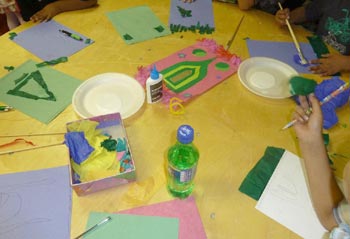 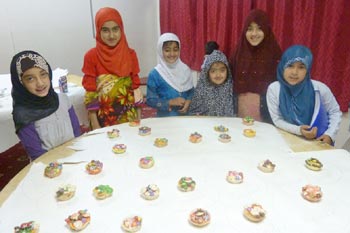 Sister Taybah, one of the students’ parents, shared her views about the summer School. She expressed how grateful she was that she sent her children to summer school, making good use of their summer holidays. Sister Nazesh, a medical student from Imperial College, who taught Science, also shared her experiences and thoughts with everyone. She described her experience as ‘interesting’ and a ‘good investment’ for her holidays. She also acknowledged the ‘masterminds’ behind the summer school. Following this, Sister Sana gave a speech about knowledge and explained the message that was to be captured by summer school; Instead of taking the strict and harsh root and installing fear in children, the message we wanted to capture by the summer school was that of love. 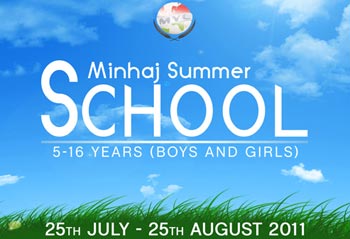 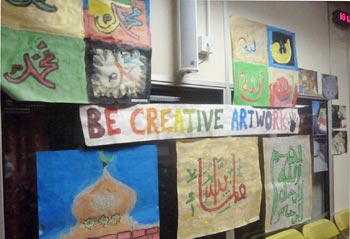 Sister Ambreen then said a few words by acknowledging all the teachers and showing her appreciation. She stressed the importance of consistency when it comes to the education of children and stated it was highly important for parents and children to attend the Peace for Humanity Conference taking place at Wembley Arena on 24th September 2011.Then the exam results were declared. The ceremony concluded with Shaykh Sadiq Qureshi Al-Azhari saying a few words and a final dua by Mr. Muhammad Shareef.