The final week of the Muslim Youth League UK – S Executive tour started off in Walsall, a small town in the West Midlands. Under the leadership of the local Coordinator, Yasmin Hussain, the Walsall sisters had made all the necessary arrangements at the Palfrey Community Centre. 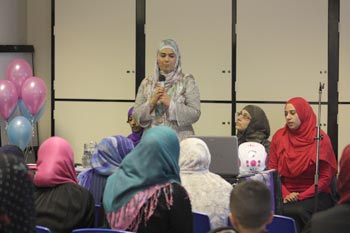 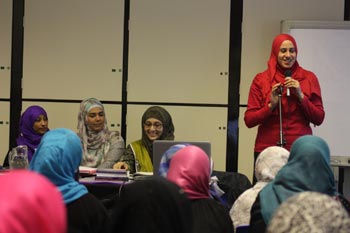 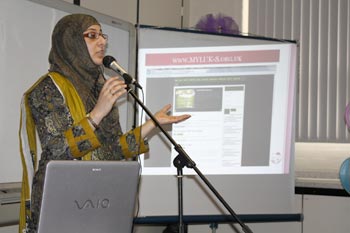 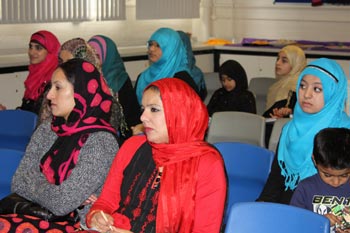 Jabeen then did a brief overview of the day so the participants were aware of what to expect for the next few hours and she then explained the aims and objectives of MYLUK-S. Jabeen also explained the hierarchy within the organisation and stated that the MYLUK-S volunteers should be at the top of the structure as they are the main workers. To discuss what MYLUK-S has been doing over the past four years, Jabeen invited Ambreen to the stage. Ambreen explained that MYLUK-S was restructured in 2008 under the guidance of Shaykh-ul-Islam Dr Muhammad Tahir-ul-Qadri and since then we have focussed on the infrastructure as well as a tour being carried out by the General Secretary and President at that time. 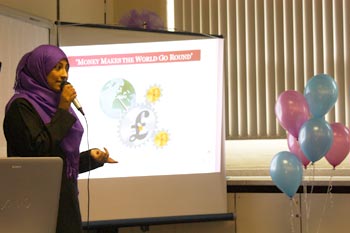 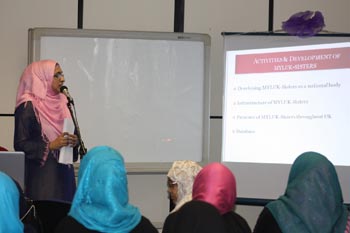 She also stated that MYLUK-S has literature available that caters for all types of misconceptions that the youth may face. As a result of this the DISPERSe Project was launched. This project is the sales of Shaykh-ul-Islam’s DVDs and Books and since its launch, the project has proved to be a great success, thus showing that people are willing to learn as long as access to literature is made easy for them. After Ambreen had briefed everybody about the projects and achievements of MYLUK-S, the participants were then divided into several groups for an interactive session so that they could give their ideas for the future projects of MYLUK-S. All the ideas were noted down by the executives with the promise to review the feasibility of each idea and to implement any viable ideas in the near future. 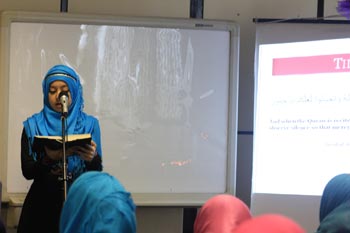 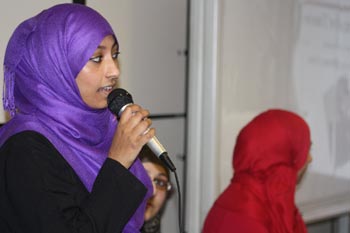 Following the interactive session, Marinah took to the stage to discuss Public Relations. She gave her up to date figures of the online presence. She clarified that MYLUK-S have only a national Facebook company page and it does not recognise any local pages that have been created. She also stated that there is a lot of negativity surrounding the use of any online media but stressed the fact that everything has a positive and negative and MYLUK-S uses their online presence in a positive way. After Marinah’s PR session, Jabeen invited Fathema to the stage to discuss finance. Fathema spoke about the fact that setting up a business and covering costs takes about three years and MYLUK-S has done a lot more than that at the same time. She stated that MYLUK-S is an organization that was created for every generation to turn to and everybody can support this work by giving only £1 per month to this worthy organization. She made everybody aware that 100% of the donations go to charity as all the volunteers, including the executives, do not take a penny for their expenses. 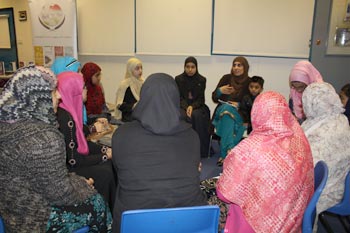 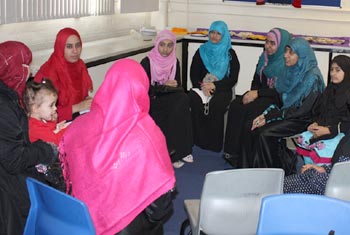 Jabeen then briefly explained about Human Resources and stated that it is imperative that we have everybody’s correct details so we can keep them updated of the MYLUK-S activities. She also stated that as an organisation we had grown from 60 members to over 500 members in less than four years and that was a great achievement within itself. She urged the participants to sign up for the vacancies that were available. Jabeen then invited Sweba for the final session of the day – The Concept of Da’wah and Working Collectively. Sweba explained that da’wah is explained beautifully in Surah an-Nahl verse 125, as the concept of inviting people towards your Lord. She stated this is the da’wah that MYLUK-S takes as their mission. She made the participants aware that this duty of da’wah was an obligation that everybody had to fulfil regardless of his or her race, colour or background. She spoke about how the main da’wah is spreading knowledge as this brings us closer to our Lord and it is important for us to preserve the knowledge today so that the future generations can benefit from it insha’Allah.

She stated that MYLUK-S is not just about wearing a hijab or the outer appearance of a person, but it goes much deeper than that and it is about educating every single person from the inside. She encouraged people to join MYLUK-S by saying that it is the best investment one can make as you give a little but the rewards are countless. The session concluded with a beautiful du’a by the senior vice president Tanzeem Begum.The MYLUK-S executive would like to extend their gratitude to Yasmin Hussain and her team for organizing the event and providing the delicious refreshments. 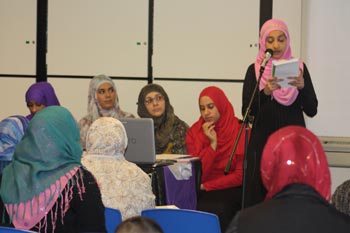 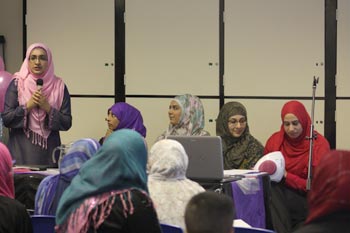 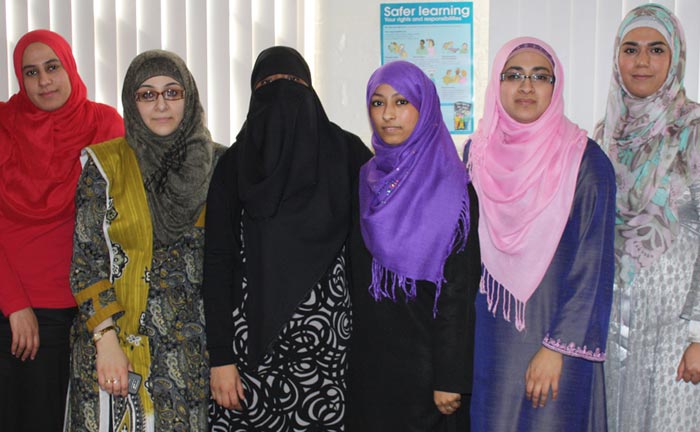