The Executive of the MYL– Sisters (UK) made their way to Halifax for the second leg of the fourth week of their tour. Greeted by beautiful scenery as they entered the small town, the Executives reached the venue. 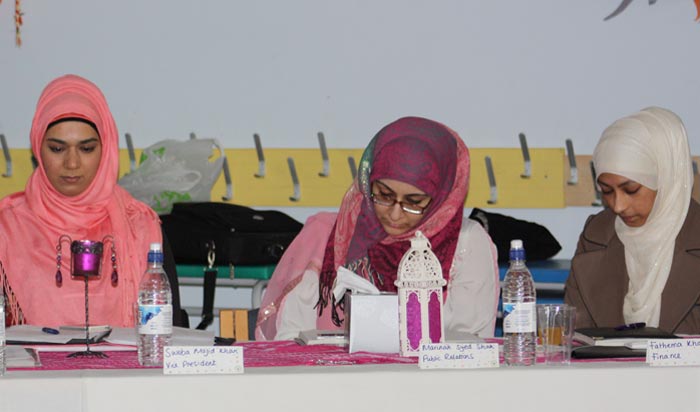 Under the leadership of the local coordinator, Safoora Ali, the Halifax sisters had made all the necessary arrangements at Beech Hil Primary School. As the Executive members entered the hall, where the event was to take place, they were greeted with the pink and silver theme of the day. The organizing team was also dressed in the same colours. It all looked absolutely lovely. Present on the MYL-S Executive panel there were Sweba Majid Khan (Vice President), Jabeen Ali Tahiri (General Secretary), Fathema Khan (Finance), and Marinah Syed Shah (Public Relations). 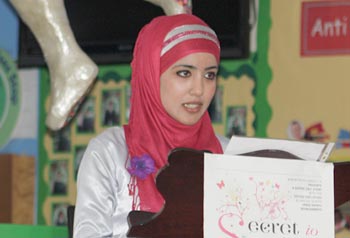 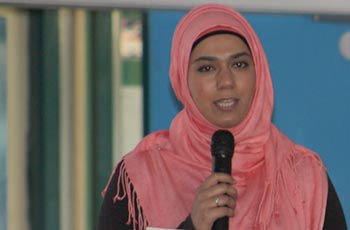 The event got underway with Jabeen welcoming the audience and praising them for their efforts to organise the event. She also welcomed Mrs. Jamila Akhtar, the President of Women’s League in Halifax. She then invited Sairah Hussain to officially start the event with the Quranic recitation. Sairah beautifully recited a few verses from Surah Yasin. Following this, Sobia Hamid came on the stage to recite a beautiful Nasheed. Jabeen then gave an overview of the day so that the participants knew what to expect. Jabeen spoke about the MYL-S (UK) as to when it was founded and the projects and achievements to date. She also spoke about the different events that the MYL-S had arranged, or helped arrange over the past four years and how successful these had been. She informed the participants that everybody who works for MYL-S is a volunteer and, therefore, all the money that MYLUK-S receives goes 100% to the projects and not even a penny is spent elsewhere. 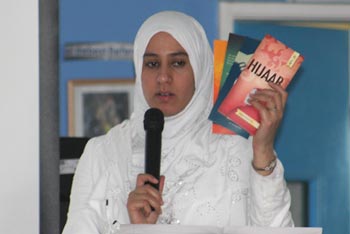 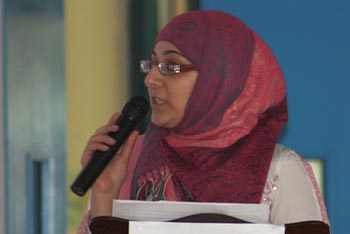 She then invited Marinah on stage to speak about what she has been doing and what PR has achieved within the last couple of years. Marinah explained that PR is all about doing good things and making people aware of them. She explained how technology had advanced so fast that nowadays the method of PR had totally changed and thus the MYLUK-S carried out research to see what the most common type of social media amongst the youth sisters was.  The results showed that Facebook and Twitter were very common and thus it was decided that MYL-S would focus on these areas. She then went over the successes of both social media showing the popularity growth figures to the audience. 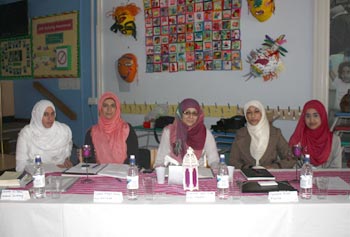 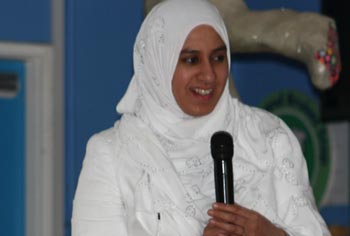 Following this, Fathema took to the stage to speak about finance and to encourage people to donate to MYLUK-S. She said that although we have many sisters fund-raising for other charities, MYLUK-S is just as important because it is doing the work that will safeguard the ‘Iman’ of the coming generations. She explained that we are working for the future mothers so that they have the knowledge available in various forms to tackle the questions raised in the present times. The participants were then split into groups for a discussion led by each member of the executive. They were asked what they think that MYLUK-S should undertake as projects whether on a national or a local level. The participants enthusiastically shared their ideas while also mentioning the issues within their local areas. Some of the ideas put forward were: more tours by the Executive as it was a source of motivation; to use ABSTRACTS as a study circle topic; and activity days. All the ideas were noted down by the executives with the promise to review the feasibility of each idea and to implement any viable ideas in the near future. 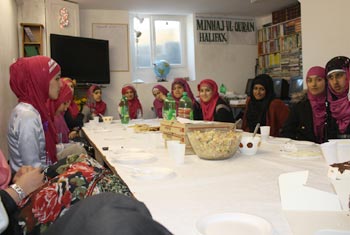 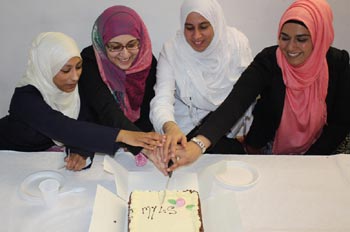 After the discussion the participants were then made aware of the vacancies that are available in PR and Finance by Marinah and Fathema. Jabeen then invited Sweba for a motivational speech on the concept of da’wah and working collectively. Sweba explained that in the light of Quran and Hadith propagation is incumbent on everybody and that the invitation that MYLUK-S is extending to the participants is in accordance with what the Quran and Hadith have prescribed. She quoted a verse from Surah Saff to explain the fact that Allah SWT likes the concept of working collectively. She explained that when people work in a team they can achieve a lot more than when they work individually and by joining hands with MYLUK-S they will have a strong team and all the support that they need. 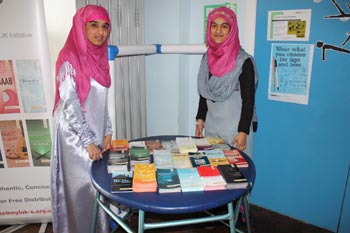 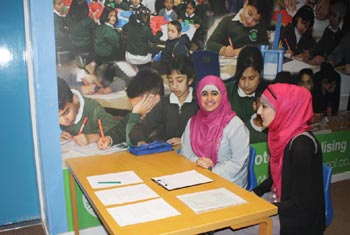 Jabeen then invited Safoora and Tahira on stage to speak about the activities that they run locally and encouraged the participants to sign up for these.The event was brought to a close by a supplication by Sweba, after which the Executives were invited to visit the newly refurbished Minhaj-ul-Quran Halifax education centre.  Here the executive members got a chance to interact with the local team on an informal level which both parties enjoyed immensely. The MYLUK-S executive would like to extend their appreciation to Sister Safoora Ali, her team and Mrs Jamila Akhtar for their time and effort in arranging the seventh tour day of the Executive tour. If you would like to support the projects of MYL UK Sisters, please set up a standing order of just £1 to the following account: 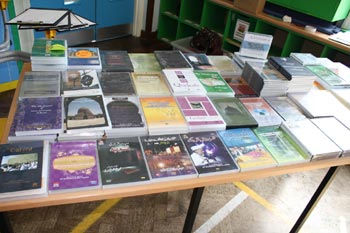 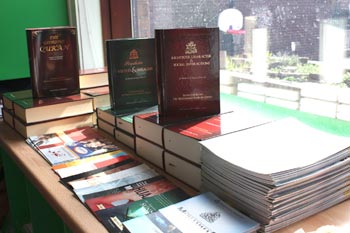 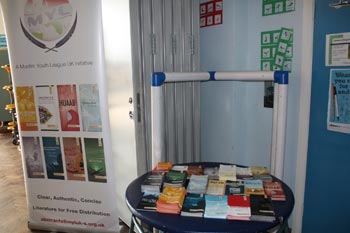 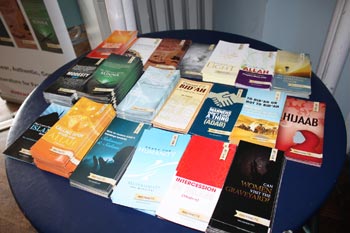