Shaykh-ul-Islam Dr Muhammad Tahir-ul-Qadri has said that democracy is not about huge buildings and a few families having a monopoly on economic resources and political power. It was rather defined by the process of transfer of rights to the people, who are real stakeholders in the system. He said that public good is the be-all and end-all of the democratic system where elected representatives exercise power for the benefit of masses.

He said that people’s role in democracy has been confined to polling stations on the election day and they do not figure anywhere during the entire length of so-called elected government, which comes into power on the basis of money, hooliganism, cronyism and system of castes.

Dr Muhammad Tahir-ul-Qadri underlined the need of electoral reforms to make democracy workable and representative of aspirations of the people of Pakistan. He said that the conduct of elections without reforms would bring about no change in the way governance is undertaken in the country.

Shaykh-ul-Islam said that the multidimensional crises the country was caught in despite possessing best human and rich natural resources was indicative of the fact that those entrusted with running the affairs of the government were actually incapable of doing that. He said that loyalty to clan, a family and party interests was more important than to the country and its Constitution.

Dr Muhammad Tahir-ul-Qadri asked people not to contribute to the existing set of circumstances and play their role at individual and collective levels to bring about comprehensive change in the country through peaceful means. 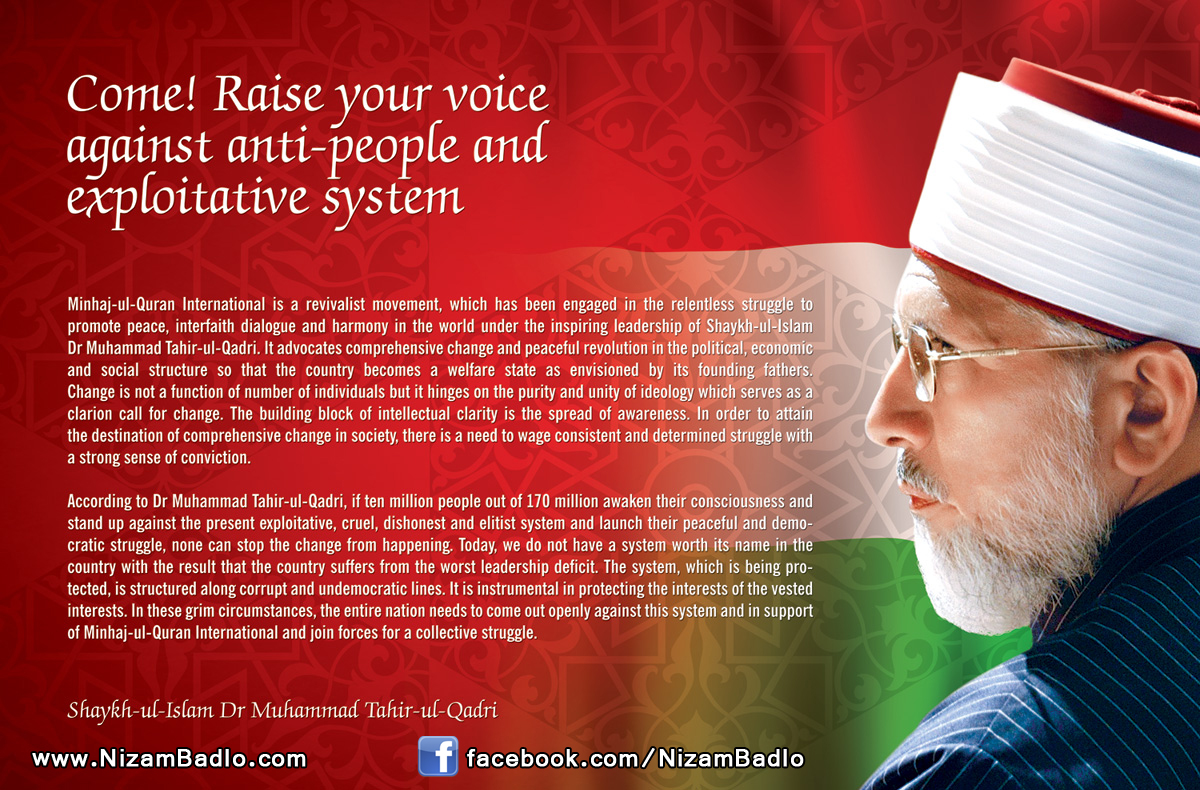