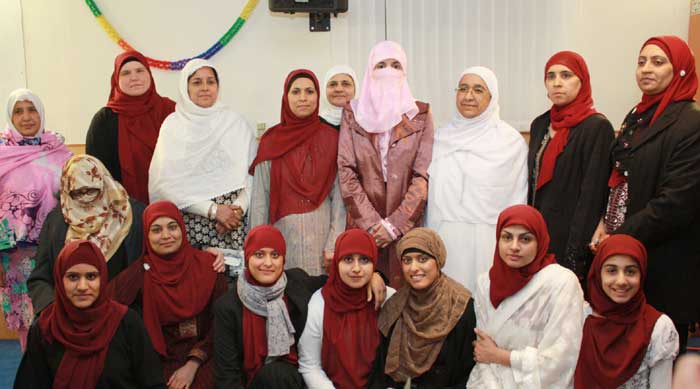 Member Supreme Council of Minhaj ul Quran International Mrs. Ghazala Hassan Qadri very eloquently explained the main aims and objectives of MQI. She stressed the importance of attaining religious and secular knowledge and said that the foundations laid by MQI Denmark have become very strong. She said that it was about time that we worked hard for promotion of interfaith dialogue, harmony, and peace as humanity had shared stakes in future. She said that it was responsibility of every one of us to work in this regard. She emphasized that women had great role to play and they needed to be empowered. In response to a question asked, Mrs. Ghazala Hassan Qadri gave a very detailed and intellectual response on the upbringing of young children.