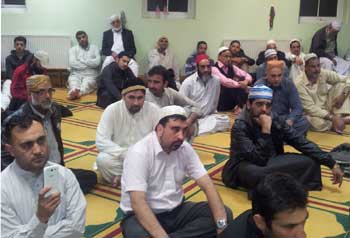 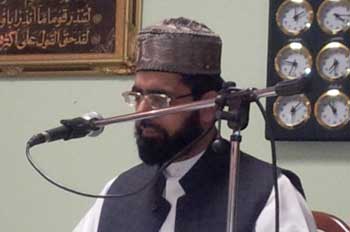 The programme started with the recitation of the Holy Quran by Tameem Ansari, and was followed by a few local Naat Khawan who recited Nasheeds and then world renowned Naat khawan Syed Khalid Hussain Shah from Karachi read a few Naats in his beautiful and melodious voice. Allama Azhar Saeed (General Secretary of MQI Birmingham) delivered his speech in English for youngsters and mentioned the attributes and importance of this night. 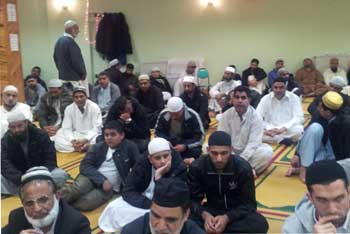 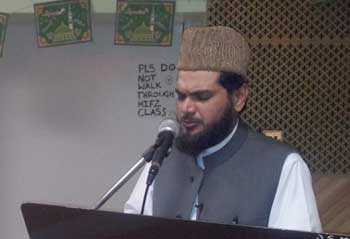 After Isha prayers, the main speech of the night was delivered by Allama Muhammad Afzal Saeedi (President National Executive Council UK) in Urdu. His speech was about the remembrance of death and its preparation. He said that most intelligent person is one who remembers his death and that we should do penance before the arrival of death. Later Hafiz Siddique-Akbar led Namaz-e-Tasbeeh and Allama Ashfaq Alam Qadri proceeded the collective Dhikr and made special Dua. The programme ended with the sighting of the blessed hair of the Holy Prophet (S.A.W.).