On Saturday 9th of June, MYLUK-S Huddersfield study circle sisters' organized a gathering in the celebration of the Beloved Prophet’s (PBUH) Night Journey and Heavenly Ascent. The gathering commenced with verses from the Holy Quran recited by Sana Mazhar and a heart-warming Nasheed by Aisha Javed.MYLUK-S Huddersfield Coordinator, Sadiyah Shafi, continued by introducing Muslim Youth League UK to the sisters who attended for the first time. She moved onto the topic of the day and stated Al-Isra Wal Miraj is one of the most miraculous events that took place in the history of the whole humanity. She stated that when we speak about this night, we speak about the greatness of the Beloved Prophet (PBUH). Allah (SWT) sent the Beloved Prophet (PBUH) as a mercy to mankind and He (SWT) supports His Beloved by showing us many miraculous events. 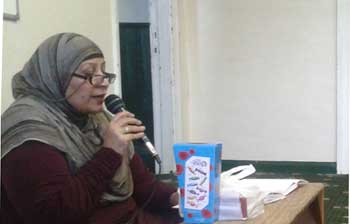 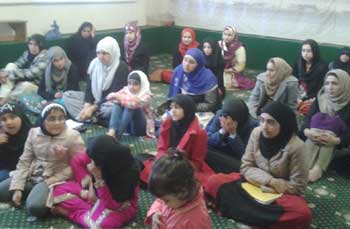 Sadiyah explained there are three parts to Al-Isra Wal Miraj. Firstly, the Prophet's (PBUH) journey from Makkah (Masjid al-Haram) to Jerusalem (Masjid Al-Aqsa). This is where the Prophet (PBUH) led all the Prophets (PBUT) in prayer and became their Imam. The second part is the journey from Masjid al Aqsa to the Heavens, and thirdly the Prophet's (PBUH) one to one meeting with Allah (SWT), without any veils and intermediaries. She further stated that the event took place on the 27th of Rajab and that we should spend this night in remembrance of the Beloved Prophet (PBUH) and the Prophets (PBUT), and send as much ‘Salawat’ as possible. Sadiyah then invited the guest speaker sister Shagufta who delivered an educational talk in Urdu. Sister Shagufta began her talk by quoting verses from the Holy Quran. She reinforced Al-Isra Wal Miraj was not a dream; it was reality. The Prophet (PBUH) was in a state of wakefulness and saw everything with his eyes and heart. Sister Shagufta thereafter defined 'Miraj' and discussed various aspects of Al-Isra Wal Miraj in her beautiful style of speaking. Although time was limited, sister Shagufta highlighted and discussed many events that took place on that night. She also spoke about the great companion Saiyyidina Abu-Bakr Siddique (RA) who believed in the ‘Miraj’ instantly without a doubt whilst other people (such as Abu Jahal) denied the event having taken place at all. The session concluded with a collective Dhikr and Salam led by Aisha Javed and a supplication prayer by sister Shagufta. In the end refreshments were provided for the attendees. We would like to convey our gratitude to sister Shagufta who accepted our invitation and took her time out to share her knowledge with us.