This Article was published in
www.metroXpress.dk
04 inland Wednesday 12th September 2012
Page edited by Jesper U. Larsen

organized by the New-Danish Youth Council at Copenhagen Business School. Up to the conference he was otherwise have been criticized because he has played a major role in

design of Pakistan's sharia law, including the blasphemy law. "I fight against radicalism and towards a conservative interpretation of religion - I interpret

religion in a democratic way, "he said yesterday. Social Karen Haekkerup (S) had sent his apologies because she would not share a platform with him. 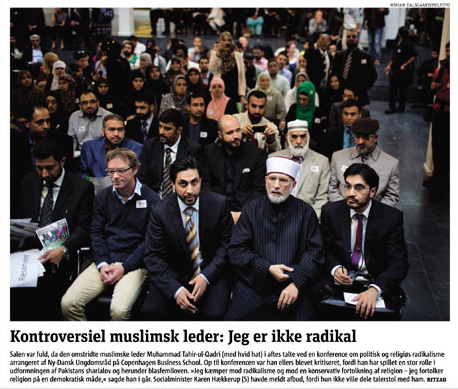