Sisters from the Muslim Youth League (Halifax) have been working hard to raise as much money as possible for Minhaj Welfare Foundation over the years. On Tuesday 28th September 2010, some of the MYL Halifax sisters set out onto the streets of Halifax to raise money for the victims of Pakistan’s floods. Over £200 for Minhaj Welfare Foundation were raised in less than 2 hours! 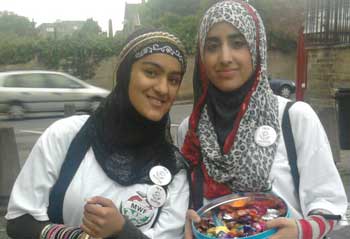 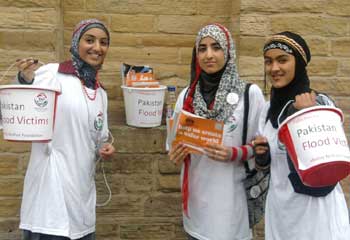 On 6th of November 2010, five MYL sisters from Halifax took part in a MWF charity skydive in order to raise money for the victims of Pakistan’s floods. Over £400 were raised by each of the sisters. Altogether the sisters raised over £2000 for the victims of the Pakistan floods through various fundraising activities. 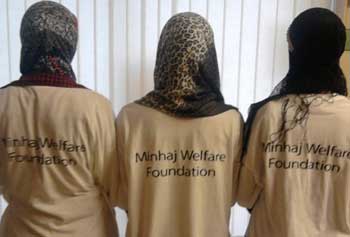 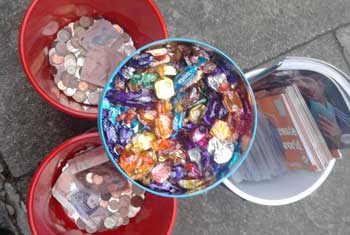 MYL-S member, Safyah Akhtar raised £855 from friends and family when she gave up eating chocolate and drinking tea for 1 month. To date, she has raised a total of £2465 and trekked up both Mount Kilimanjaro in Africa and Mount Snowdon in Wales for charity. All the money raised will go to Minhaj Welfare Foundation for its welfare projects. The MYL-S Halifax team saw to it that these initiatives are projected as a great way to generate new interest in MYLUK activities. Well done to all involved for your hard work and efforts from MYLUK-S!