The Muslim Youth League Sisters UK held their first residential Spiritual Retreat named ‘Awakening the Soul’ under the instructions of Shaykh-ul-Islam Dr Muhammad Tahir-ul-Qadri, on Friday, 9th November 2012 until Sunday 11th November 2012. The aim of the retreat was to invite sisters to get away from our normal daily lives and remember Almighty Allah, to help revive our faith and gain closeness with Allah and His Beloved Prophet Muhammad (S.A.W). 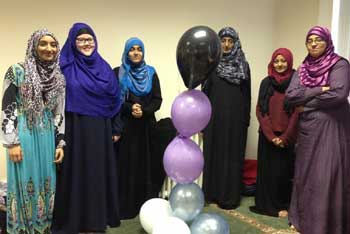 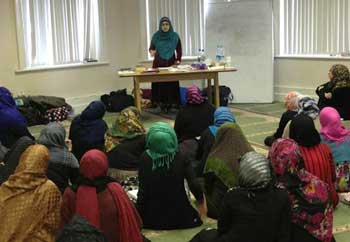 The retreat consisted of many different activities, from workshops, short lectures and team-building exercises to spiritually-uplifting Dhikrs, Gosha-e-Durood and Naat sessions.MYLUK-S Research & Development executive, Jabeen Ali initiated the retreat by welcoming all the participating sisters from around England and Scotland and explained the house rules, after which everyone had the chance to introduce herself and tell the audience a bit more about their lives and why they decided to attend the retreat. We had quite a vast variety of participants from the brainy bunch--–graduates in psychology, law, teaching, travel and tourism, child care, science and so much more, to some of the sisters still being in high school. The first session began with a beautiful recitation of the Holy Quran by Sister Safa, a student of Minhaj-ul-Quran Bradford, followed by MYL-S member, Rehana Ilyas beautifully reciting Durood-o-Salaam and Naat of the Prophet (S.A.W). MYLUK-S President, Ambreen Mehmood went on to discuss the important of having such spiritual retreats and what we should be expecting to gain from it. All the participants then made the intention of sitting for the optional Itikaaf and offer read option prayers. 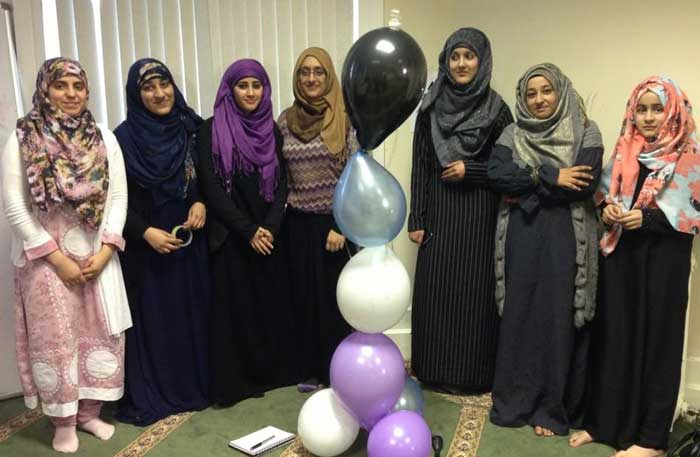 The first spiritual session began after Isha prayer, starting with a very peaceful Durood-o-Salaam gathering where everyone collectively recited Durood and Salaam on the Beloved Prophet (S.A.W). This was followed by a truly soul-awakening mehfil-e-naat and Dhikr which brought the session into the late hours of the night. Later, a few of the sisters who decided not to sleep stayed awake during the night discussing various different aspects of spirituality in Islam, the link with the Holy Prophet Muhammad (S.A.W) and the Awliya of Allah. After the participants had some rest and sleep, they awoke during early hours of the day to perform Tahajjud prayers and, for the sisters who decided to fast, to eat and close their fasts before performing Gosha-e-Durood and reading Fajr prayer.  The first session of the day was a workshop on ‘The concept of Ibadah (worship)’ delivered by MYLUK-S Vice President, Sweba Majid Khan, after an introduction on the topic, the sisters were split into groups randomly to discuss their concepts of worship and present it back to the whole group. This was linked back to a lecture of Shaykh-ul-Islam in which it is mentioned that everything in our daily lives can be transformed into an act of worship by changing our intentions (Niyyah) so that the reason of carrying out the act is related to the pleasure of Almighty Allah and the Beloved Prophet (S.A.W).

The sisters were then asked to choose one act and go through it step by step. There were many interesting topics, including how sleeping can become an act of worship. And some groups even used drama to portray their points. This was a successful and enlightening task for all of the participants. The following session was presided over by MYLUK-S President Ambreen Mehmood who talked in-depth about the five daily prayers, and how they should be properly performed in the court of Almighty Allah. “Each act of our lives is a submission to Allah SWT& prayer is the king of all those good deeds ... It's the pinnacle point.” “This Great Divine Court requires our full attention and time ... This will in turn ensure you have time to do rest of your deeds. When you hear the Azan, you should feel as if you are being called on the day of resurrection! The quicker you go the easier it'll be. While standing upright you bow your head to show your submission. You are nothing and Allah is the Great Creator, our Lord,” she concluded. 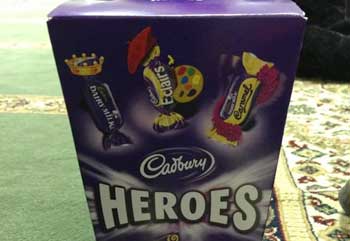 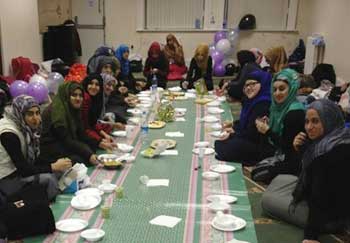 After break for lunch and prayers, the next session began in which two participants who had both reverted to the religion of Islam shared their insightful experiences, Sister Khatija from Scotland and Sister Nikita from Walsall. Sister Khatija said: “My mum was scared because she had to come to terms with the fact that Islam was negatively portrayed in the media. My personality is the same. I’m outgoing and like a laugh but my beliefs have changed. Being Muslim changed me to implement the values my mum had taught me such as respect, tolerance, moderation etc. Islam gives you reasoning behind its commandments, which is what made it click for me. Sister Nikita said: “Church was always an excuse to play with kids. I didn't know what Christianity was. It was Aunty Mussarat (MQI Walsall) who told me what Islam is. I'm glad I reverted ...It makes more sense that I'm Muslim.” After their beautiful, inspirational stories, MYLUK-S R&D executive, Jabeen Ali went over the aims and objectives of MYLUK-S for the benefit of the newcomers. This was followed by a very interactive and team-building exercise involving balloons and cello tape. The aim was to create the highest tower with the amount of balloons that represented the lowest value. The winning team included Sisters, Aisha, Farah, Haleema, Moriam, Khajita and Safyah, who built the highest tower at the cheapest price.

Following this insightful and informative session, it was time for a Quiz. The participants were split up into 4 different groups who came up with unique buzzer sounds including: ‘moo moo’, ‘meow meow’ ‘buzz buzz’ and ‘beep beep’ so, as you can imagine, the sound after the MYLUK-S President Ambreen had asked the question, which was very interesting to say the least. After a series of rounds, the winning team was presented with their prize. This led us to the next sessions; Gosha-e-Durood and a discussion led by MYLUK-S Vice President Sister Sweba on repentance and asking for forgiveness. This was a very interesting session and had a lot of interest and participation from all the sisters present. After watching an emotional lecture clip of Shaykh-ul-Islam Dr Muhammad Tahir-ul-Qadri on this topic, the sisters went into the final Mehfil-e-Naat of the spiritual retreat and then Dhikr was led by Sisters Tahira, Safoora and Safyah from MYLUK-S Halifax. The final day of the retreat began with a blessed gathering of sisters offering Tahajjud prayer, Durood-o-Salaam and Fajr, along with those who were fasting. They made their intentions and closed their fasts. The first session of the day was ‘Question and Answer ‘, in which the sisters got into groups and discussed any questions they had on their minds. These were then relayed to the MYLUK-S executives who provided answers that had been given by Shaykh Rehan Ahmed Raza (Glasgow). There were many interesting questions asked, including: organ donation in Islam, rules on abortion, what we need to do if a relative passes away etc. This was an insightful session.

Then the MYLUK-S meeting was initiated to conclude the lovely few days of the spiritual retreat, after an update from each area, words from all the MYLUK-S executives present and a thank-you gift presented to MYL-S Bradford co-ordinator, Mariya Qadri for their hospitality. The MYLUK-S Spritiual Retreat was officially concluded by an amazing Dua by MYLUK-S President Ambreen Mehmood. The MYLUK-Sisters would like to thank all those who participated and helped make this retreat a great success. With the blessings of Allah SWT, the Holy Prophet Muhammad (S.A.W), we pray that we would continue to hold such amazing events in the future.