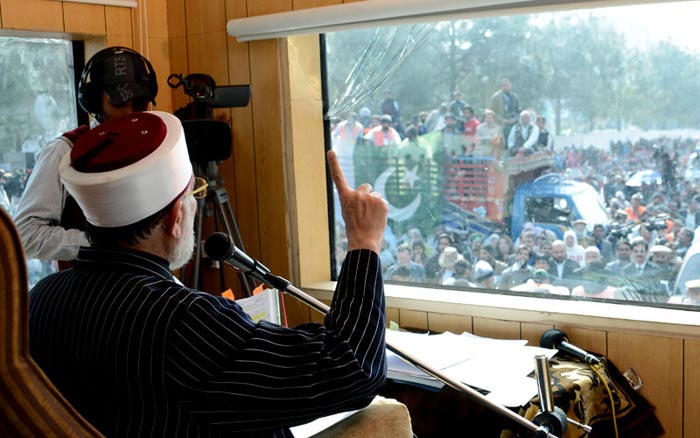 Addressing the participants of sit-in at D-Chowk, Qadri issued one-and-a-half-hour ultimatum to the government, saying he will issue future line of action at 3:00PM. He said he is giving last chance to the peace and democracy.

He said today is the last day of sit-in, adding he want to end this battle before this evening.

TMQ leader said President Zardari would lose last chance of peace if he did not come for negotiations with delegation. After one-and-a-half-hour time, masses would decide their fate, he added.

Enthusiastic masses continued their sit-in despite biting cold and heavy rain in the federal capital.