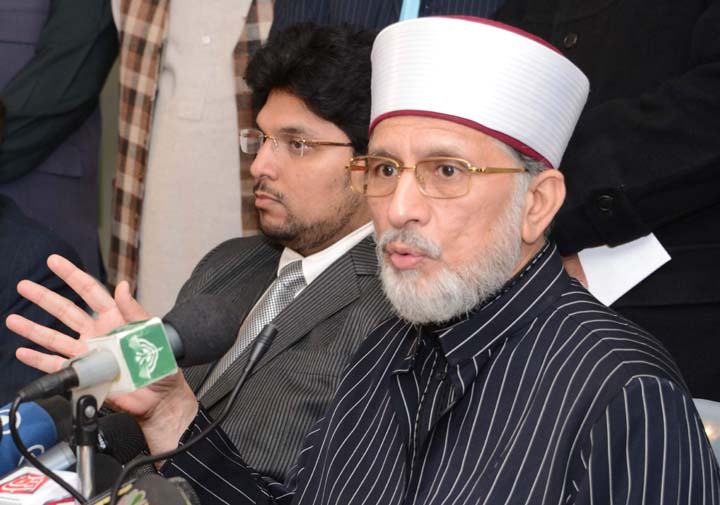 Lahore: Supporting demand of Hazara community for army take-over of Quetta city, the controversial cleric Tahir-ul Qadri Tuesday advised the army to come forward and save the country.

Talking to journalists here, Qadri warned that current wave of terrorism in Quetta and rest of the country could resulted in division of the country added that only the army could protect the nation.

Qadri lashed out at judiciary saying that the judiciary has released hundreds of terrorists who were involved in the worst terror activities in the country.

He expressed his deep sense of grief and sorrow on the killings of members of Hazara community in a bomb attack in Quetta.

Tahir-ul-Qadri said that those who undertook this heinous activity were barbarians and a blot on the face and conscience of humanity.

He said that unending wave of target killings and bomb blasts in Quetta against Hazara community was a carefully planned conspiracy against the integrity of Pakistan.

He said that that killing of innocent men, women and children was a national tragedy.

Qadri announced that his party Pakistan Awami Tehrik (PAT) would participate in sit-in in each and every city and town of the country to share the grief and sorrow of the bereaved families.

He directed PAT workers to take part in the protest sit-in organized by the Majalis across the country.