The hundreds of people attended the annual Peace Walk 2013 in Copenhagen on the 10th of February. The Peace Walk was held to celebrate the birthday of Prophet Muhammad (peace be upon him). The event was broadcast live on the largest national news network, while other television channels broadcast its highlights and interviewed various participants. 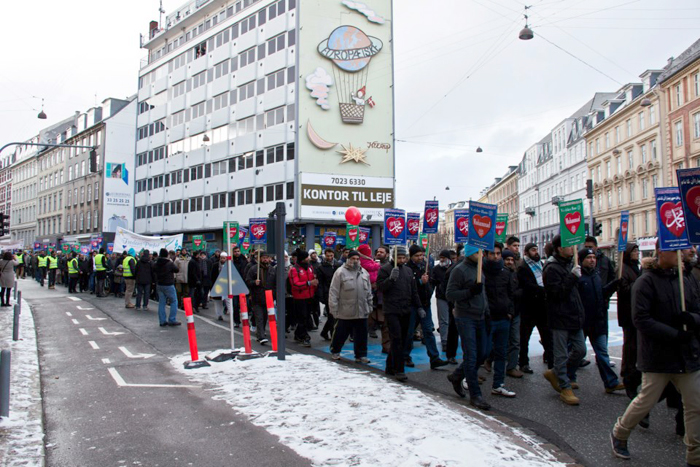 The procession climaxed at Copenhagen City Hall Square where speeches were delivered by Secretary General of Minhaj Youth Denmark, Mr.Christian Kriznjak. He said that, “we must give room for different views and disagreements, but these should be expressed through dialogue, debate and openness.” He further said that "Islam does not permit the use of violence to express disagreement or dissatisfaction. The propagation of the message of the Prophet Muhammad (peace be upon him) to humanity is our message today". 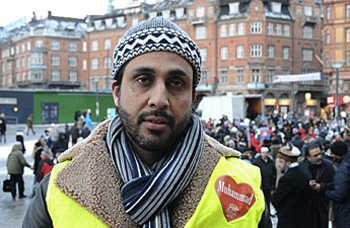 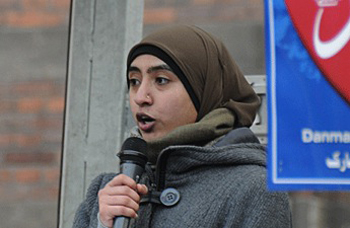 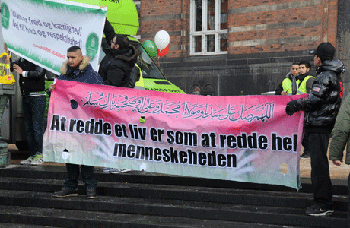 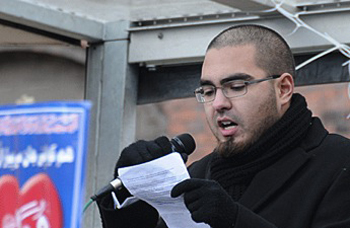 He said: “We have gathered to share our message of peace; love, tolerance and peaceful coexistence. Islam is against all forms of fundamentalism, terrorism and radicalism. Although there is bigotry and intolerance, it must be expressed through dialogue, debate and openness instead of violence,” he continued. Throwing light on the purpose and message of the march, Christian Kriznjak said “It is the message of Islam, and it is our message today - that we all, men and women stand together side by side in this icy winter weather, to denounce radicalism, denounce terrorism. We stand together to promote love and peace, dialogue and equality.” 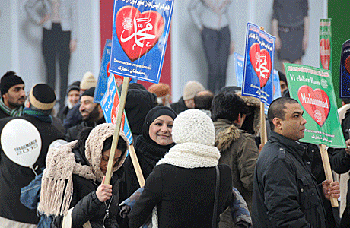 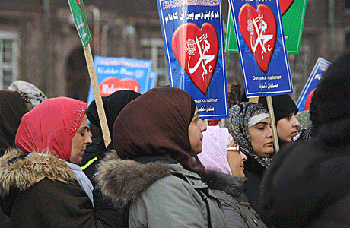 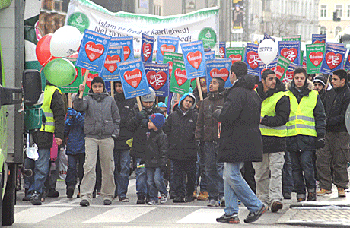 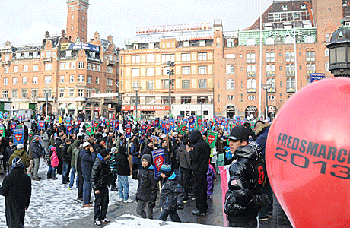 President of Minhaj Youth League (Girls), Ms. Musarat Zahoor Ahmed, delivered a speech, saying that Islam remains a major part of media debate in Denmark today. “I will call your attention to Islam's message of dialogue and equality. Dialogue is a natural manifestation of humanity, as both the Quran and the Prophet (SAW) have made clear. The Quran maintains that there is a unity of all living creatures, said Musarat Zahoor Ahmed, who also spoke on the position of women in Islam. “We have in the past several years witnessed an increase in the media debate on Muslim women. Before the arrival of Islam, woman had no respect in society. She was seen as the root of all evil. It was Islam that gave woman her own status in society, said Musarat Zahoor Ahmed. 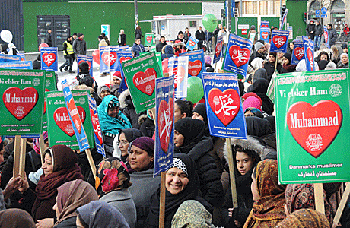 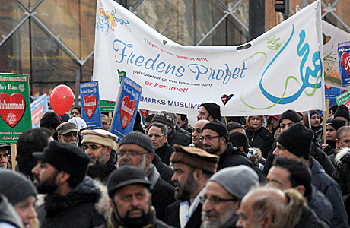 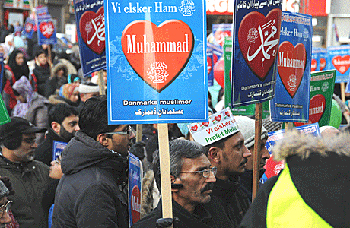 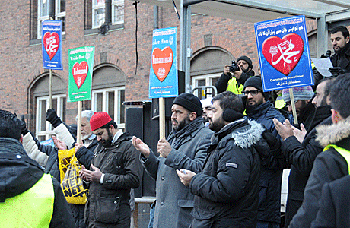 Qaisar Najeeb, the spokesman for the peace march and the organization Minhaj ul Quran, said that it is the sixth time. He said that the organization arranged a peace march in Copenhagen. With the number of participants and their interest has steadily been increasing every year. “Our message, across the world, is peace and tolerance, and the promotion of coexistence across different people and different religions and nations, We want all nations and their citizens to live peacefully together in spite of our differences of opinion and beliefs, said Qaisar Najeeb. Dialogue is a natural manifestation and embodiment of humanity, as stated clearly in the Quran and by the Holy Prophet Muhammad (peace be upon Him)” said Musarat Zahoor Ahmed, President of Minhaj Youth Girls Denmark. 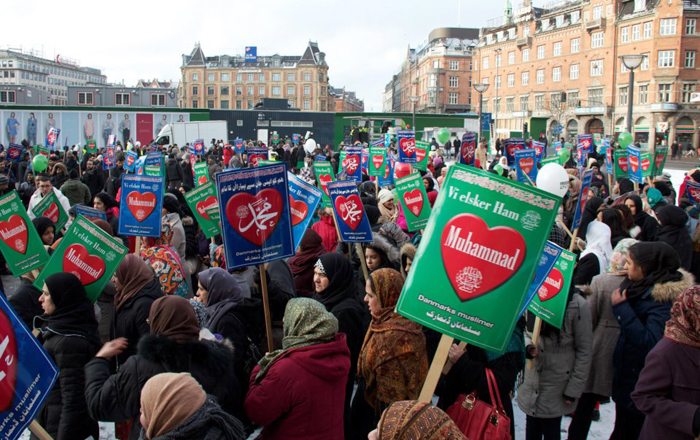 “Islam disallows the use of violence to express disagreements or discontent. This is the message of the Holy Prophet Muhammad (peace be upon Him), to humanity. It is the message of Islam and it is our message today,” says Christian Kriznjak, Secretary General of Minhaj Youth Denmark.  As the Peace March concluded at the Copenhagen City Hall Square, red, white and green balloons were released into the air, filling the wintery skies of Copenhagen.- Our message to all nations is the message of peace, tolerance, and the propagation of coexistence in spite of our cultural and religious differences,” says Qaisar Najeeb, spokesperson of Minhaj ul Quran International Denmark.