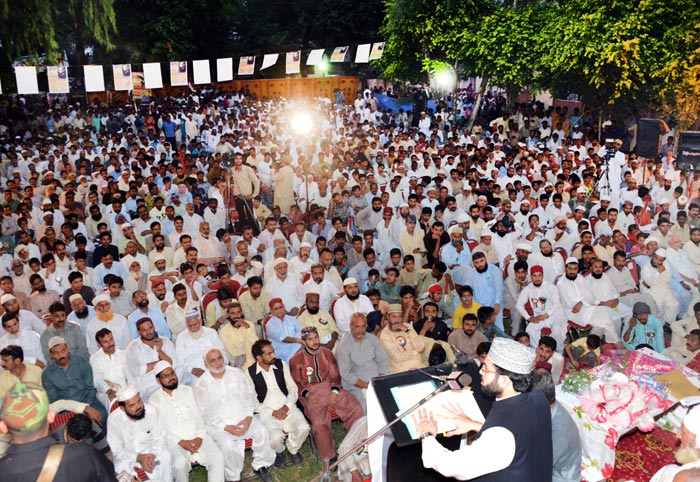 Chairman of the MQI’s Supreme Council, Dr. Hassan Mohi-ud-Din Qadri has said that neither the Mosques, nor Churches, nor Imambargahs nor shrines of the saints are safe in Pakistan. Both the Muslims as well as the non-Muslims suffer from insecurity and fear of violence. He said that due to unjust distribution of wealth and the incumbent system of governance, the poor parents are unable to marry off their daughters, while the educated youth have been compelled to consider committal of suicides owing to lack of employment opportunities. He said that the poor peasants and farmers were led to starvation as a result of escalated cost of agricultural inputs including electricity.

He said that the scion of a wealthy family wallows in luxuries while the child of poor parents yearns for a morsel of bread under the anti-people system. He said that the dogs and horses of the rich were living off the hard work and sacrifices of the poor. Is this the kind of the Muslim society which Quaid-e-Azam Muhammad Ali Jinnah endeavored to attain? Pakistan is waiting for the day when the dream of the Quaid and Iqbal is rendered into a reality in the true sense. 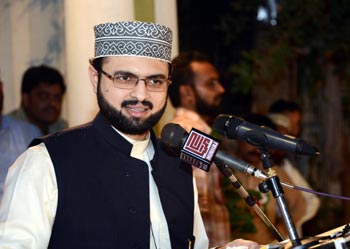 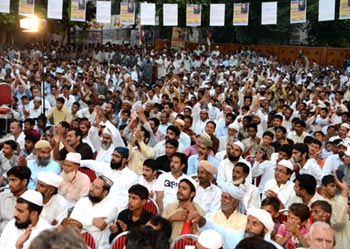 Dr Hassan Mohi-ud-Din Qadri said that when our forefathers handed over Pakistan to us, they also gave us the Constitution and law so that the poor and less advantageous sections of society could be able to get socio-economic justice, access to basic necessities of life, free education, and health facilities. He said that the Constitution of Pakistan guarantees the protection of life, honour and property of every citizen without any discrimination. It promises economic justice, and distribution of wealth.

He said that when the incompetent rulers and politicians turned their back on the provisions of the Constitution, the nation was equally responsible for the present state of affairs as it extended its all-out support to the ruling class. He said that getting wronged by the same breed of people was no sign of wisdom. He said that there was no way the present system could ensure the provision of basic necessities of life or protect the life and property of the citizens. He then rhetorically asked if this was the dominant feeling among the masses, what they were waiting for. 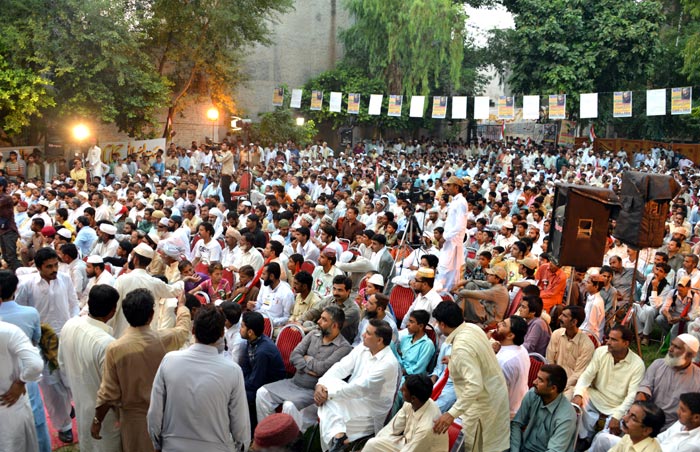 Dr Hassan Mohi-ud-Din Qadri said that Dr Tahir-ul-Qadri wanted to enforce the Prophet’s (PBUH) system in which the money and national wealth looted by the corrupt would be taken away from them and distributed among the poor people in accordance with the Prophetic practice. He lamented that instead of giving employment and protection to the non-Muslim citizens, their right to life was also being muzzled. He said that the situation had worsened to such an extent that the worship places of the non-Muslims were not even safe today as was amply proven in the form of lethal attack on Church in Peshawar.

He said that the gathering at Hafizabad was a clarion call for peaceful change in the country. He said that the nation had got courageous and real leadership in the person of Dr Tahir-ul-Qadri. He said that it was responsibility of every Pakistani that he should heed the call of Dr Qadri and join his caravan of change. He said that no turnaround or improvement was expected under the present system as it was structured to keep the people enslaved. He said that the ruling elite was busy protecting this system, while the change would not come by becoming part of the system but by struggle against it. 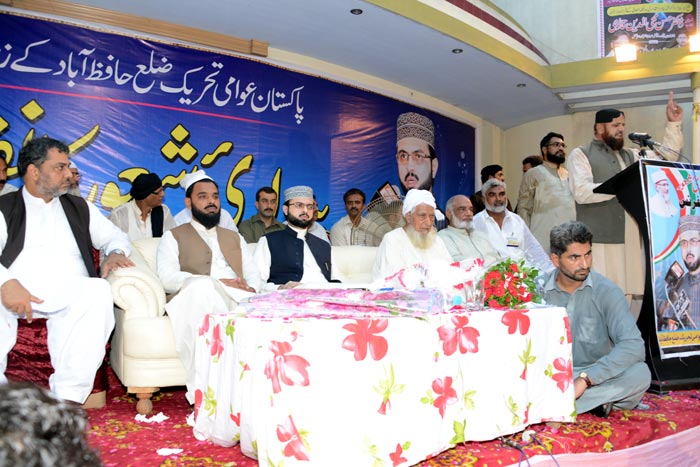 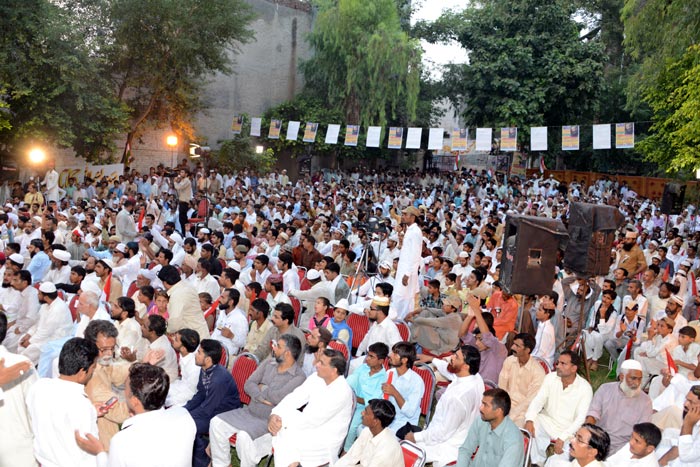 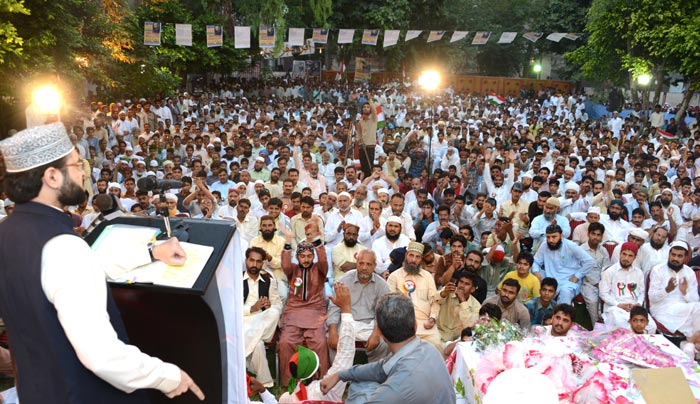 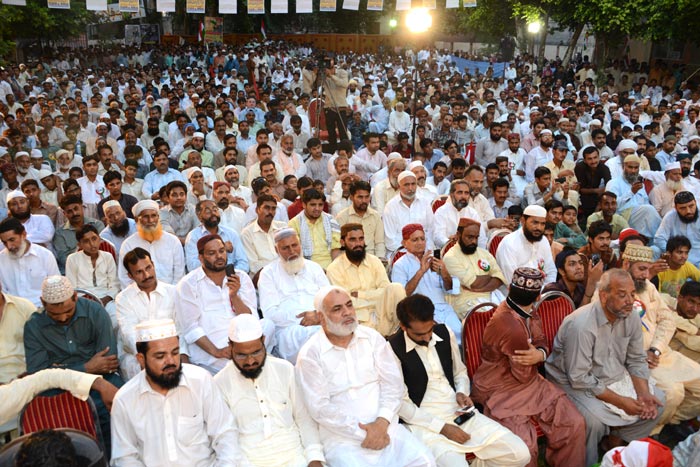 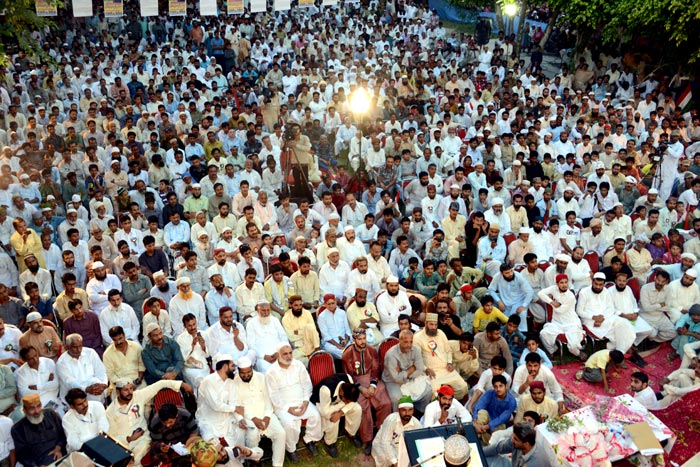