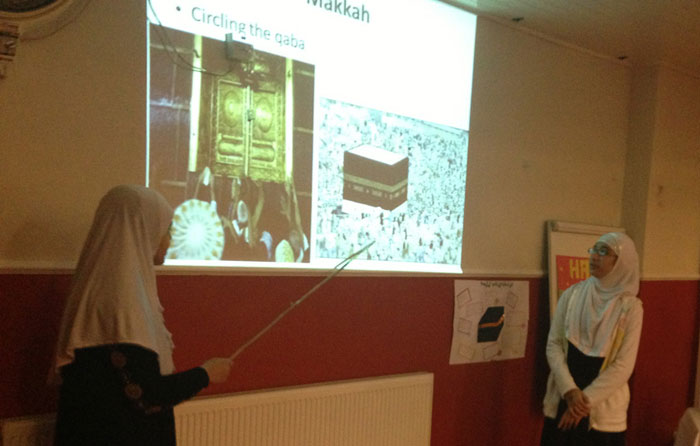 On Friday 23rd August 2013, Jamia Masjid Minhaj-ul-Quran held a small Giyarveen Sharif celebration for the young girls who attend the education centre. It was a very enjoyable day and also very enlightening programme. 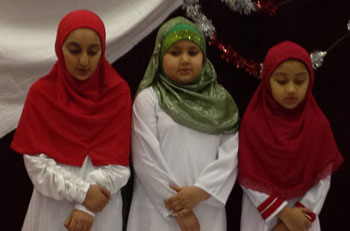 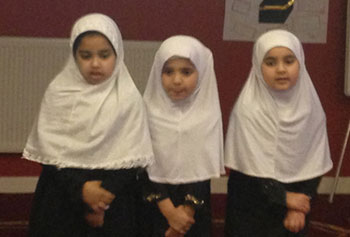 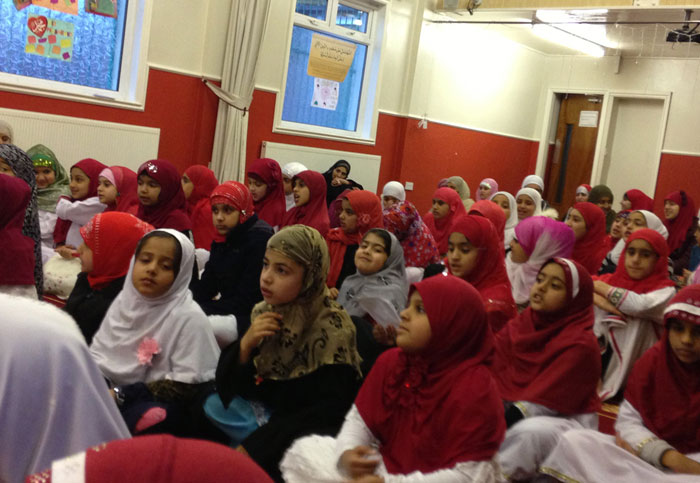 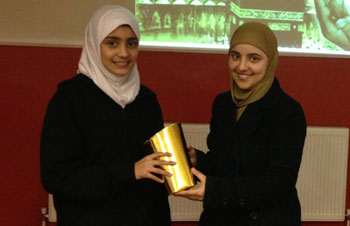 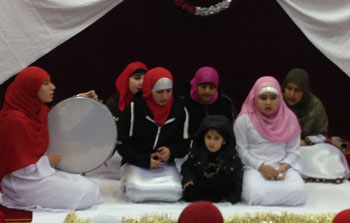 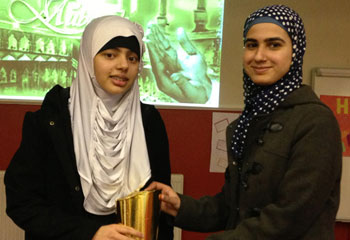 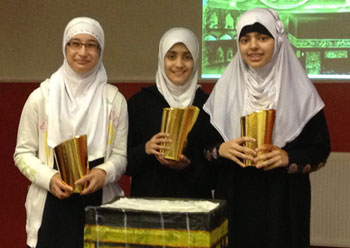 The programme also consisted of a short prize giving session. Students had been asked to design Eid Posters to mark Eid-ul-Fitr celebrations. The posters were then judged by members of staff and four winners were chosen, according to the age groups. The winners were: Noor Fatima Mirza, Zakia Iqbal, Tooba Bilal, and Alisha Ahmed. The children also enjoyed themselves by playing “Pass the Parcel”. There were two winners of the game Adawiyah Fiaz and Salihah Anjum. The event was concluded with Salaam on the Holy Prophet (S.A.W) by the chief guests, Sana Fiaz and Atiyah Parveen. Dua was done by a senior student called Alisha Ahmed. Everybody enjoyed the event and congratulated the staff members for the success of the event. The children were also given goody bags at the end.