Under the direct instructions of Minhaj Women League UK, Sister Jamila Akhtar (MWL UK Finance Secretary) from Halifax organised a seminar on ‘Bibi Zainab (RA), the daughter of Hazrat Ali (RA) and Bibi Fatima (RA). The seminar began with a short Tilawat-e-Quran by Sister Jamila Akhter, followed by an introduction on the aims of the seminar being an insight into the life and lessons learned from Bibi Zainab’s life. 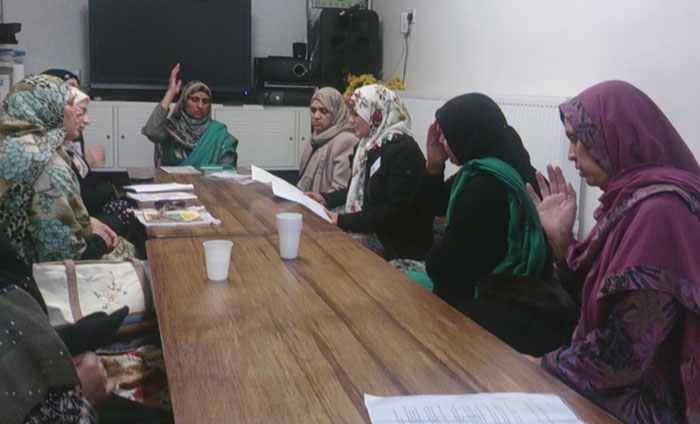 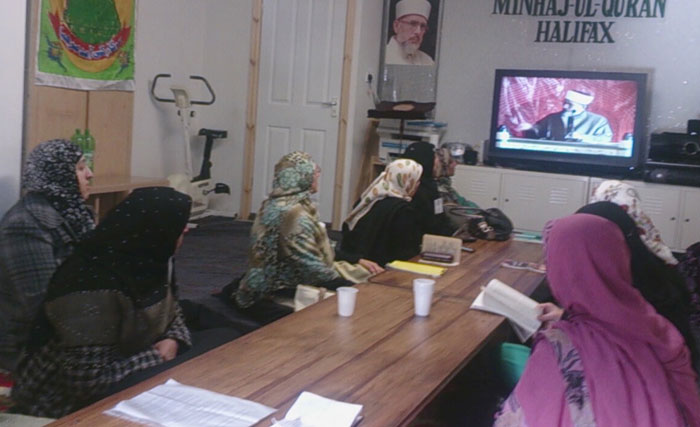 This was followed by Sister Shaila Parveen (MWL Halifax Media Secretary) sharing her views on the patience of Bibi Zainab (RA) after the martyrdom of her brother Imam Hussain (RA) and her family. She threw light on bravery of Bibi Zainab when returning to Damascus. She also showed how the life of the daughter of Sayyeda Al-Zahra (RA) was always full of hardships and how she never submitted to these challenges and successfully coped with difficulties. After the touching talks, the women present listened to a video clip by Shaykh-u- Islam Dr Muhammad Tahir ul Qadri. The video was about the one incident when after the battle of Karbala, Bibi Zainab (RA) heading towards Damascus, met a women who was very kind and distributed blankets and water for the captives including Bibi Zainab (RA). She asked the woman as to who she was and why she was kind to prisoners. The woman replied that she used to live in Madina and served as a maid of Bibi Fatima (RA). When Bibi Fatima (RA) was on her death bed, she said to her that she knew that the woman was from Damascus. She said that if she ever saw any prisoner, she should be nice towards him/her. The lady asked Bibi Zainab (RA) to pray for her so that she could meet the children of Bibi Fatima (RA). On this, Bibi Zainab replied, oh lady your wish is fulfilled. I am Zainab and he whose head is on spears is Imam Hussain (RA).

This video touched every one’s heart. The ladies increased their knowledge about life of Bibi Zainab (RA). Sister Iffat Zaid (MWL Halifax General Secretary) expressed her views on Bibi Zainab (RA) in Urdu. She mentioned how brave Bibi Zainab was that she sacrificed everything for Islam. The seminar ended with a Salaam recited by Sister Jamila Akhtar, and a touching dua by Sister Naid.