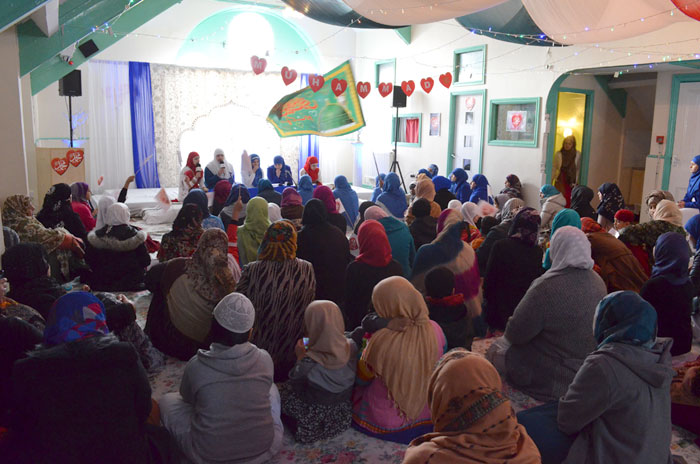 On 2nd February 2014, MYL-S in Nelson organised a Nasheed Gathering in honor of our Beloved Prophet (SAW). The purpose of the spiritual gathering was to bring the youth back towards Deen and to build a relationship with the Holy Prophet (SAW) through the recitation and listening of Nasheeds.

The gathering was initially hosted by sister Shabnum and sister Atikah in English followed by sister Tahira in Urdu. Throughout the gathering, the hosts recited poetry of great companions such as Hassaan bin Thabit (RA) and narrated some miracles of the Holy Prophet (SAW).The spiritual gathering began with the recitation of the Holy Quran by sister Atiyah who recited Surah Ar-Rahman and Surah Ad-Duha in her melodious voice. Collectively, the students of both Minhaj Education Centres in Nelson recited the Qaseeda Burdah written by Imam Hassan Al-Busiri (RA).Sister Shabnum explained the virtues of sending salutations upon our Beloved Prophet (SAW). Allah (SWT) says, 'Surely, Allah and (all) His angels send blessings and greetings on the Holy Prophet (blessings and peace be upon him). O believers! I nvoke blessings on him and salute him with a worthy salutation of peace abundantly (and fervently)' Surah Ahzab (33:56) 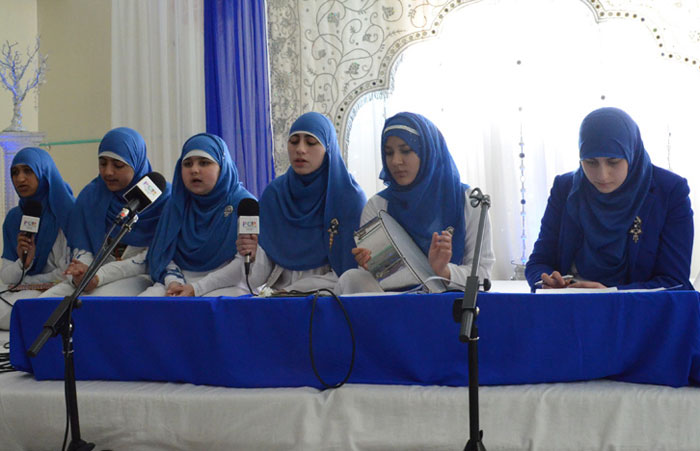 She explained that Allah (SWT) does not fast, He does not pray Salah, nor does He perform Hajj but He does send blessings and salutations upon the Beloved Prophet (SAW) and this is the sole action that is performed by both, the Creator and Creation. Therefore, sending salutations upon the Beloved Prophet (SAW) is not only a command from Almighty Allah but also the Sunnah of Allah (SWT).The afternoon was packed with Nasheeds in various language; Urdu, Punjabi, Arabic and English, which were recited beautifully by local sisters, including sisters from Brierfield and Burnley.Sister Safia delivered a powerful and thought provoking speech on the following verse: 'And We exalted for you your remembrance (by annexing it to Ours everywhere in the world and in the Hereafter).' Surah ash-Sharh (94:4) 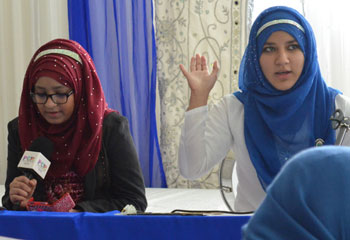 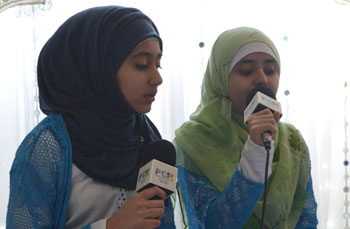 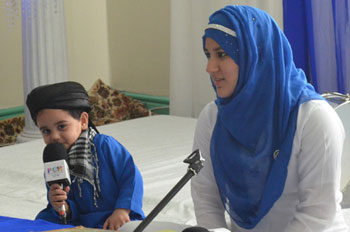 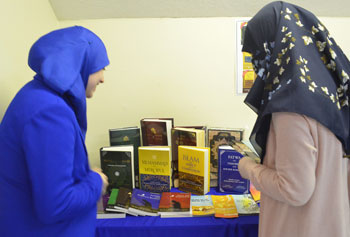 The gathering concluded with collective recitation of salutations and greetings upon our Beloved (SAW) and a powerful dua; the sisters prayed for unity of the Ummah and the health and long life of Shaykh-ul-Islam Dr Muhammad Tahir-ul-Qadri. Ziyafat-e-Milad (food) was served at the end of the spiritual gathering to all the attendees and the participants. During the gathering there was also a stall Shaykh-ul-Islam's literature, including the latest English books on Mawlid-un-Nabi (SAW) and Islam - A Religion of Peace. The gathering was hailed a success by all those who participated. May Almighty Allah reward them all abundantly and may the love of the Beloved Prophet (SAW) enlighten their hearts, ameen.