Sandwell's Women League organised a Mawlid event on Sunday 1st February 2014 to celebrate the birth of the best of all creations, Prophet Muhammad ﷺ‎. A warm welcome to the sisters was given by Sister Naheed (MWL President of West Midlands). She also conducted the proceedings of the programme. The event started by a beautiful recitation of the Quran by Sister Aisha. Naats were recited by a group of children. 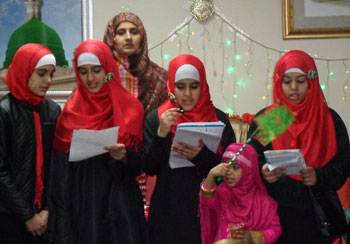 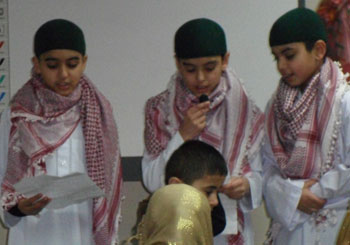 There were two main speakers. One was the respectable sister Saba Fatima Mash’hadi, who delivered a speech in Urdu and the other was sister Tanzeem Begum (Senior Vice President of MYL) who delivered a speech in English. Shaykh-ul-Islam’s DVD called “Milaad Kyon?” was played in Urdu and in English a question and answer session took place straight afterwards. The ladies who answered correctly received a DVD of Shaykh-ul-Islam.Sister Rozina Nawaz (Minhaj Dawah & Tarbiah secretary) introduced a newly published book by Shaykh-ul-Islam on the Mawlid and urged everyone to take one with them as it removes any misconceptions anyone may have on Mawlid. She also informed the ladies about Minhaj Dawah Project. Sister Asma Murtaza (MWL information secretary) spoke about future project of Education City Lahore and a short video clip of the project was shown. 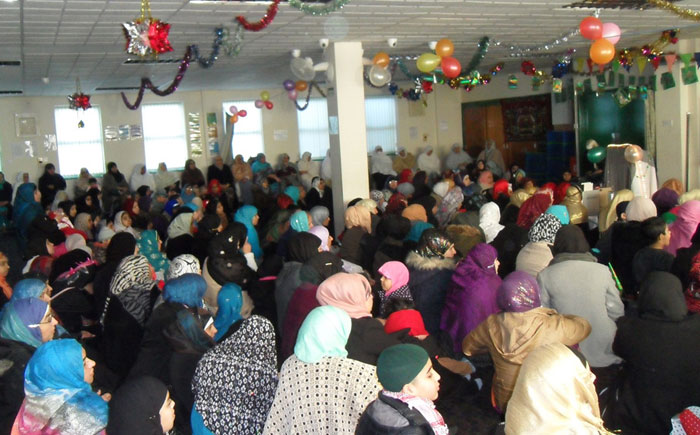 There were stalls of books and CDs of Shaykh-ul-Islam and also a snack and accessories stall. The sisters were very pleased and gave good feedbacks on what they liked about the event. Many praised the nasheeds reciters, how beautifully they read and also that they really liked the lectures delivered. In the end, food was served to all sisters before they left.