By the Grace of Allah Almighty and the blessings of the Holy Prophet Muhammad (S.A.W.), a training workshop was organized at Minhaj-ul-Quran International London on 1st February 2014 headed by Dr Raheeq Ahmed Abbasi, Chief Organiser UK. This training workshop is a follow-up of the re-structuring and formation of the new executive body. 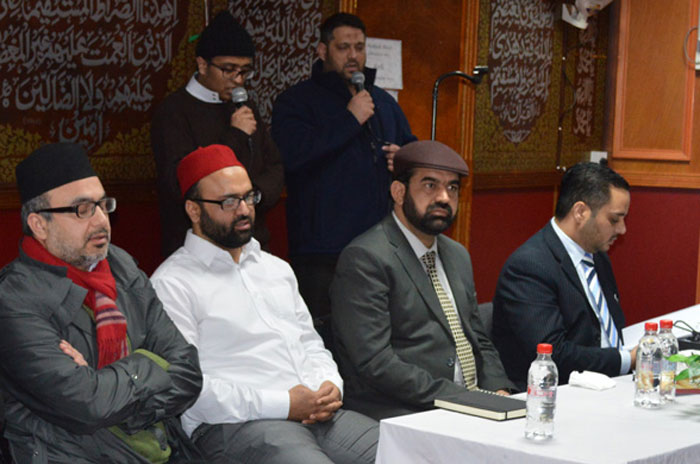 The workshop started with the recitation of verses from the Holy Quran followed by a beautiful nasheed & salutations sent on Holy Prophet Muhammad (S.A.W.). A short introductory welcome talk was given by Syed Ali Abbas Bukhari, General Secretary Minhaj-ul-Quran International UK, in which he explained the need and the importance of this training workshop in detail. He mentioned that the importance for training is a sunnah of the Prophet (SAW) and also stated that we should know the aims and objectives of MQI. This is the first ever workshop held at a national level for the moral, intellectual and spiritual training of workers of Minhaj-ul-Quran International UK. Briefing on power point which lasted more than three hours, by Dr Raheeq Abbasi started beautifully in the main hall, where a large number of the audience including women and youth were present. Speaking on the occasion, he emphasised that we need to understand he aims and objective of Minhaj-ul-Quran International. Islam is a religion of welfare and wellbeing and those from among the men and women who work for the promotion and propagation of Islamic faith in fact work for welfare of the humanity and for the mission that the Holy Prophet (SAW). 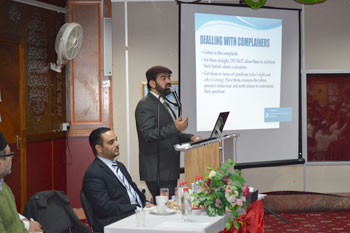 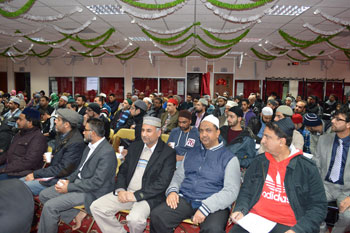 Dr Raheeq Abbasi went on to say, MQI is working for promotion of interfaith dialogue, peace and harmony in the world. He said that these ingredients were core of the Islamic message. He said that none can harm or damage MQI because of its ideology, vision and promotion of love, knowledge and peace throughout the globe between all cultures and religions. He said that Dr Muhammad Tahir-ul-Qadri give us the vision and wisdom to work hard for promotion of peace and interfaith harmony according to the Sunnah of our beloved Prophet (SAW).  During the detailed presentation, Dr Abbasi also focused on the importance of team work and said team work is crucial for any organisation to be successful on a higher level. He said that we can achieve the impossible when people unite and act as one unit. He further said that we as one organisation have to adopt the method of team work. One major advantage of having a team is that the quality of work will be better and success will be achieved. He also urged all the local committees to spread the message of Love, Peace and Harmony across the whole UK and specially the all boroughs of capital. 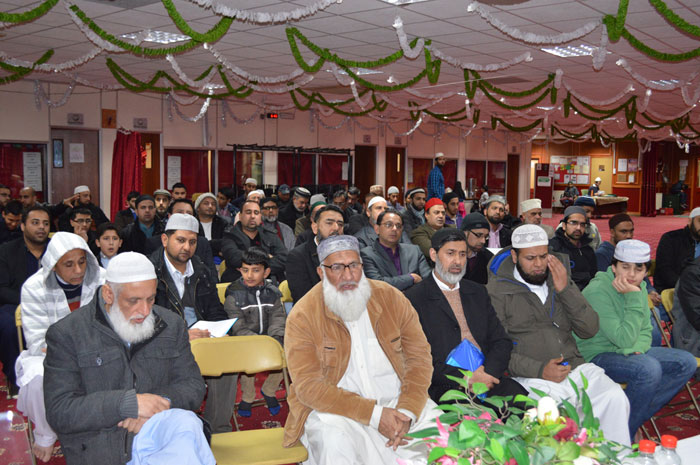 He also explained a little on The Dawah project, which is one of the first steps that our Prophet (SAW) took. He said that Alhumdulillah, the Dawah team in the UK is doing great work through distribution of books, DVDs and CDs among the community. Recently, The Dawah Project team celebrated a milad in HMP Birmingham and were awarded a certificate of appreciation by Winson Green Prison presented by prison Director Peter Small and at the end of the programme, three people were reverted to Islam. He said that this would not be possible without The Dawah team efforts. It was a very informative and fruitful presentation presented by Dr Raheeq Abbasi and a large crowed got benefited. At the end of presentation, a group activity also took place on the point prepared by Sayed Ali Abbas Bukhari. The discussion gave the participants an opportunity to share their personal views and suggestions. All the audience was also asked to fill in the membership form to update members’ data. The audience was really happy with this workshop and hopefully in future, these types of workshops should be held regularly to update the new system. Allama Muhammad Zeeshan Qadri, Director Minhaj-ul-Quran International London gave special thanks to the honourable guests of the evening for coming to London and attending the programme.