On Saturday 26th January 2014 the Muslim Youth League Sisters in Bradford hosted “Celebrating the Beloved (PBUH) 2014” to commemorate the blessed birth of Holy Prophet (peace and blessings be upon him). The event took place at the Bradford Minhaj-ul-Quran Centre on Manningham Lane. 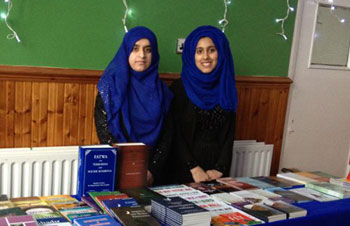 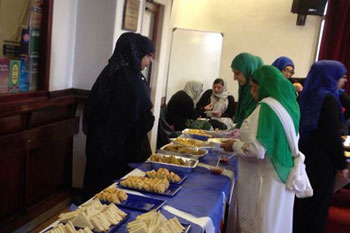 The purpose of hosting this event was to provide the youth of the society clarity regarding misconceptions about the celebration of Mawlid-un-Nabi. For this reason MYLUK- Sisters in Bradford worked tirelessly to ensure the event catered towards a sophisticated audience by providing a formal and a professional setting. Many youngsters learnt about MYLUK- Sisters for the very first time. Some who were interested in future activities asked to be put on the mailing list for future events, whilst others took an active interest in the work being carried out throughout the region and expressed their desire to volunteer for MYLUK-S. Misbah Wahid (Local co-ordinator of MYLUK- Sisters in Bradford) welcomed the participants and expressed her delight in seeing so many new faces in the audience. She went further to explain the grace and virtues of the blessed month and the esteemed position the month of Mawlid holds in the lives of the lovers of Holy Prophet (peace and blessings be upon Him). Misbah also spoke about the aims and objectives of MYLUK-S and explained how one of the aims of MYLUK-S was to encourage comprehensive character building and that the example of the life of Holy Prophet Muhammad (peace and blessings be upon Him) is the best guide to implement in our daily lives for that purpose. 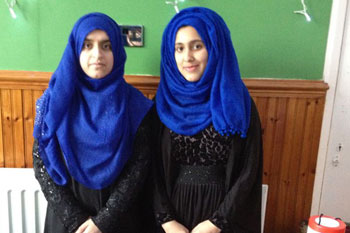 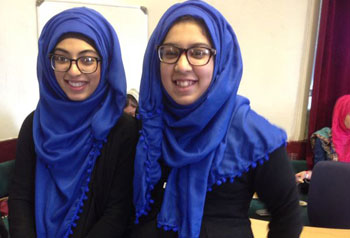 Misbah then invited Almas Khan on stage to commence the event with her beautiful and melodious recitation of Surah Fatihah. Shortly after, Ifra Yusuf was invited onto the stage to recite a Nasheed in honour of Holy Prophet Muhammad (peace and blessings be upon Him). Afsheen Shouket took to the stage to deliver a short, yet powerful talk, which focused on the following verse of the Quran: "In truth, in (the sacred person of) Allah’s Messenger (blessings and peace be upon him) there is for you a most perfect and beautiful model (of life) for every such person that expects and aspires to (meeting) Allah and the Last Day and remembers Allah abundantly” ~ (33:21). Afsheen expanded on the verse by stating how Holy Prophet Muhammad (peace and blessings be upon him) was the perfect role model. Afsheen further delved into the different aspects of Prophet Muhammad’s (peace and blessings be upon him) life and explained how he was the epitome of perfection in religious, political and social affairs. Holy Prophet Muhammad (peace and blessings be upon Him) was also loving and compassionate towards his wives; he would often race with Sayyida Ayesha (ra) and express his love towards her. Afsheen spoke about how adopting the Sunnah of Holy Prophet Muhammad (peace and blessings be upon Him) is a must and the month of Mawlid is the ideal time to revive the Sunnah of our Beloved Prophet (peace and blessings be upon Him). Following on from this, Sister Misbah officially launched the MYLUK-S food bank initiative. She explained the importance of charity in Islam and also stated how one of the core aims of MYLUK-S was to focus on welfare initiatives and also emphasized the concept of neighbourhood from the Quran and hadith. She went further to look at examples from the lives of the four rightly guided Caliphs and how they worked tirelessly to ensure they fulfilled the duties of neighbourhood under their Caliphate. Misbah went on to explain how MYLUK- Sisters Bradford would continue with the food bank initiative on a quarterly basis and all participants were urged to take an active role in the blessed initiative. This was followed by a Salah and refreshment break. Throughout the break the participants were given the opportunity to view Shaykh-ul-Islam’s literature which was available to purchase, ranging from the ABSTRACTS leaflets, Al Hidayah series DVDs, Minhaj-us-Sawi, the Glorious Quran to the most recent publications such as the Fatwa of Shaykh-ul-Islam and the new Mawlid book in English covering the permissibility of Mawlid. The new Mawlid book, which is a critical landmark, was also on exhibition throughout the event which proved to be very popular amongst the participants and many sisters placed their orders for this book. 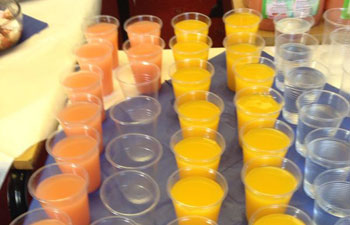 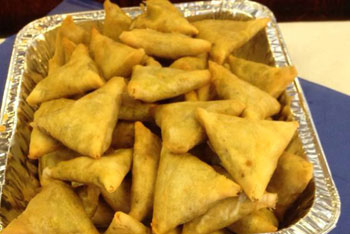 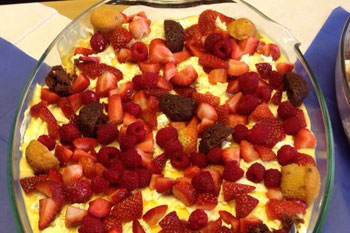 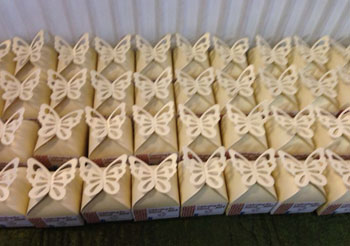 Furthermore, Mawlid-un-Nabi (peace and blessings be upon him) has been celebrated by various authorities in Islam, such as Imam Suyuti, who wrote a chapter in Al-hawi lil Fatawa entitled ‘The Good Intention in Commemorating the Mawlid’. Other various authorities that were mentioned were Allama Ibn Qayyim al Jawziyyah, a renowned student of Imam Ibn Taymiyya; Ibn Kathir and his relation of the Islamic King Malik Al-Muzaffar who celebrated Mawlid with great passion and extravagance; Abu Dawood; Imam-e-Azam Abu Hanifa (ra); Imam al-Qastalani, commentator of Sahih Bukhari; Shah Wali Ullah Muhadith Dhelvi (ra), the great Imam of al-Hind; Ibn Jawzi al-Hanbali and many more. Furthermore, many historians have reported the celebration of Mawlid in Makkah, including the Quranic scholar Al-Naqqash, Ibn-e-Jabair, Abdul Abbas Al-Azafi and his son Abul Qasim Al-Azafi, Ibn-e-Batuta, Ibn-e-Huraiyra and Hafiz Ibn Hajar Al-Haytami to name but a few. Sister Mariya went onto explain that only Iblis showed displeasure at the birth of Holy Prophet (peace and blessings be upon him) and therefore we must rejoice on this occasion lest we fall into the category of Iblis and his followers. In conclusion, she stated that the Holy Prophet (peace and blessings be upon him) is the symbol of perfection of both the individual and society. The love of the Holy Prophet (peace and blessings be upon him) and celebration of the Mawlid is incumbent upon all Muslims especially upon those who aspire towards his blessed way of life. The event concluded with a question and answer session hosted with the purpose of clarifying any misunderstandings. A silent supplication was also made by the participants whilst the Nasheed of Sami Yusuf played in the background. After the supplication, the participants were given the opportunity to sign up to MYLUK-S and food was also served to all participants.

MYLUK- Sisters Bradford would like to convey their deepest gratitude to everyone who participated in organizing this event. A special thank you goes towards the MQI Bradford executives who supported MYLUK-S and facilitated the organisation of this event. A special mention goes to the President of MQI Bradford, Seerat Ali Khan & respected brother Rizwan Rehman for supporting MYLUK-S in this noble initiative; we pray Allah Almighty blesses them all in abundance through the intermediation of His most beloved Messenger (peace and blessings be upon him), Ameen.