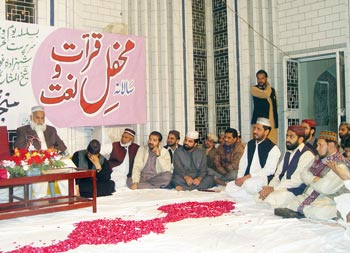 Hundreds of people in addition to the students of COSIS (Minhaj University) participated in this spiritual gathering. The proceedings of the gathering got underway with the recitation from the Holy Qur'an by Qari Muhammad Usman followed by Na`t recited by Syed Bahadur Shah Bukhari. In the meantime Hussain Mohy-ud-Din Qadri came and people gave him standing ovation at his arrival. Later on after the arrival of Sahibzada, Qari Allah Baksh Naqshbandi recited from the Holy Qur'an in his sweet voice. Presenting his welcome address, Chief Organizer of Bazm-e-Qadria Shahzad Rasool Qadri said that the spiritual gathering had been arranged in the honour of Sayedina Qudwat-ul-Awliya. He welcomed the arrival of Sahibzada Hussain Mohy-ud-Din Qadri and thanked him. 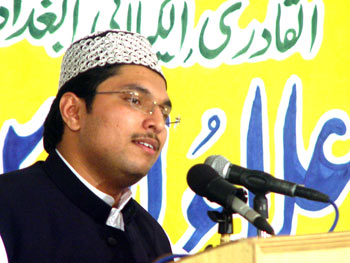 Sahibzada Hussain Mohy-ud-Din Qadri delivered his speech on the topic of "Relationship with Awliya (Allah's Friends) and Will of Allah". In his address, he said that the Awliya are so close to Allah Almighty that those who come into the fold of Allah's Friends also develop their relationship with their Creator. The relationship of these Awliya with Allah is so solid that they also bless their followers with this gift. Hussain Mohy-ud-Din Qadri said that the spiritual status of Sayedina Ghawth-ul-A`zam was that of supreme power for all Awliya. They get spiritual blessings from Sayedina Ghawth-ul-A`zam. Allah Almighty blessed him with high spiritual status and Sayedina Qudwat-ul-Awliya is the son of Sayedina Ghawth-ul-A`zam. He is also the spiritual mentor of Minhaj-ul-Quran International. Today one of his favourite disciples Shaykh-ul-Islam Dr Muhammad Tahir-ul-Qadri is discharging his responsibility of guiding the Umma and serving the cause of Islam in the world.

At the end of his address, he urged the members and associates of Minhaj-ul-Quran International throughout the world to act upon the teachings of Sayedina Ghawth-ul-A`zam in the real manner. He identified this to be route to success. He also congratulated the office bearers of Bazm-e-Qadria (Minhaj University) on their holding of such spiritual gathering in the remembrance of Sayedina Qudwat-ul-Awliya.

After the conclusion of address by Sahibzada, the Mahfil-e-Na`t started with al-Haaj Akhtar Hussain Qureshi, al-Haaj Shahzad Hanif Madni, and Minhaj Na`t Council reciting Na`t. At the end of the programme, renowned Qari Karamat Ali Naeemi presented the recitation from the Holy Qur'an enlightening the hearts of those present with Allah's word. He also presented Na`t afterwards. 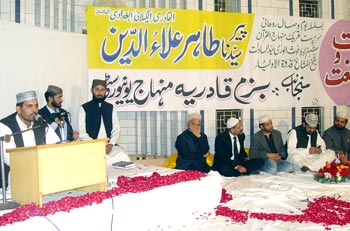 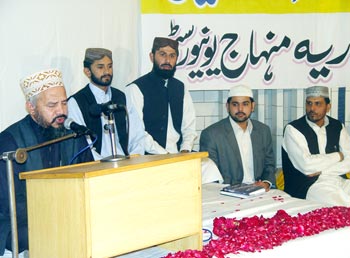 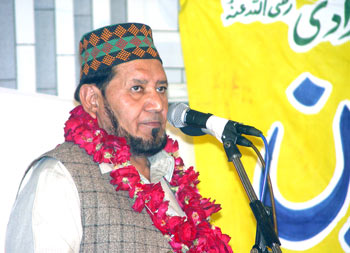 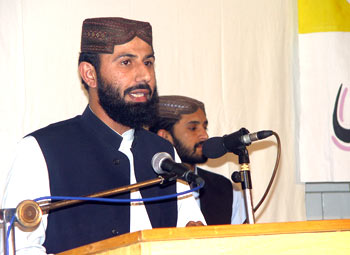 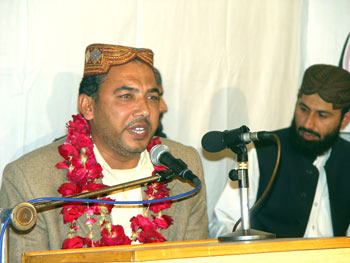 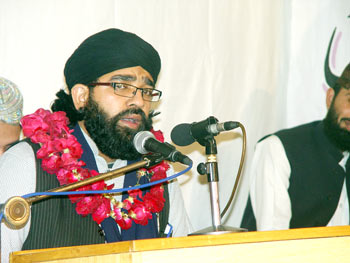 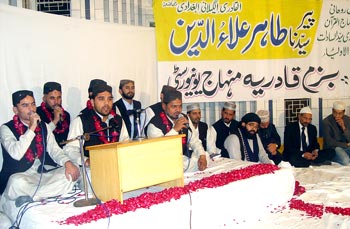 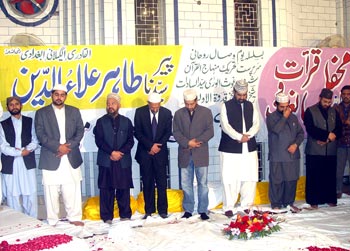 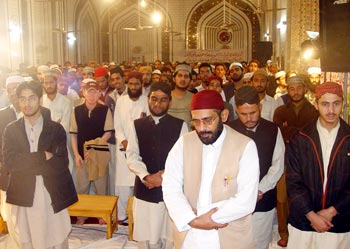 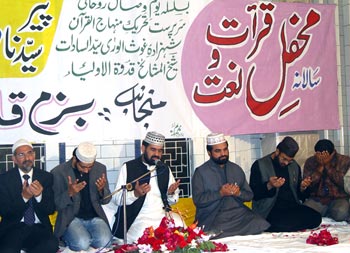