On Friday 5th July 2014, Jamia Masjid Minhaj-ul-Quran (Nelson) held a monthly Giyarvee Sharif for young female students who attend the education centre. It was also a non-uniform day for the children, so they were able to wear clothes of their own choice. The mehfil was a good event with hosting and participation from the young and senior students. Hosting was done by Lybah Ahmed, Zulaikha Mehmood and Alisha Ahmed jointly. 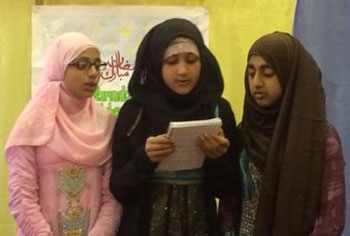 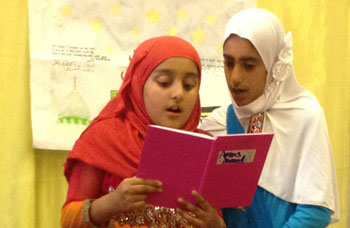 The mehfil began with recitation of the Holy Quran by Nida Ajaz. This was followed in the usual manner with Qaseedah Burdah Sharif being recited by Madiyah Hussain, Sumavia Hussain and Jasmine Ahmed. The first Naat Sharif of the event was recited by Lybah Hussain and Umme Hayyah. There was also a Hamd of Allah (SWT), which was recited by Hira Naveed and Zayna Mehmood. They beautifully recited the English Nasheed “99 Names of Allah”. There was also a beautiful Naat of the Holy Prophet (SAW) recited by Malaika and Halimah Riaz. This was followed by a Naat Sharif by Alisha Sultan, who read “Daray Nabi par”. Sehmoon Khan recited a short poem in English, whilst Halimah Riaz and Amilia Afzal recited an English Nasheed called “Give thanks to Allah (SWT)”. This was followed by another poem, which was recited by Laiba Latif. Two more students, Adaviya Fiaz and Noor Fatimah recited the English Nasheed “Give Thanks to Allah (SWT)” again. There were also praises in connection with the holy month of Ramadhan. Iram Khan and Ayman Ahmed recited a beautiful Nasheed called “Welcome Ramadhan”. 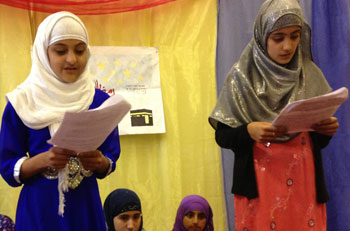 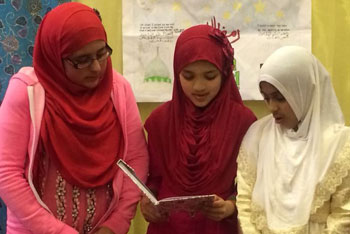 The first speech of the event was delivered by Fawziyah Hayat and Ismah Mehmood. They delivered a talk on the importance of the month of Ramadhan, and how we should behave throughout this holy month. This was followed by a Naat of the Holy Prophet (SAW) by Maryam Ajaz and Khadijah Nasir, who read “Milad manaya kar”. Lybah Khan and Aleena Ahmed then recited another popular Naat Sharif called “chaand taaray hi kya”. Komal Liaquat and Fatima Ali recited a new Naat called “Rab nay Diya hai unko”. Noor Mehmood and Fatimah Ali recited another Naat called “Salay ala Mustafa”. There was another poem by Zakia Iqbal, who talked about the Holy Prophet (SAW), and praises on the Holy Prophet (SAW) by Fatimah Rehman, who recited “subhanAllah”. Alisha Ahmed and Anam Ahmed read a poem about the importance of praying, and encouraged everyone to pray five times a day. This was followed by a Naat Sharif by Nida Ajaz, a senior student at the education centre. Amina Ahmed read a poem about the Holy Quran, and the blessings in the holy book. There was more praises on the Holy Prophet (SAW) by Kiran, and another poem by Lybah Ahmed, who spoke about the blessings and virtues of the month of Ramadhan. The final Naat Sharif was recited by Ayman Ajaz and Meerab Ajaz. 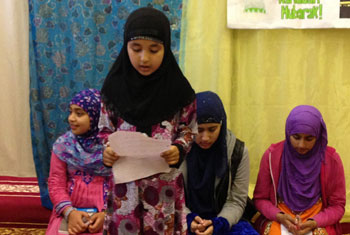 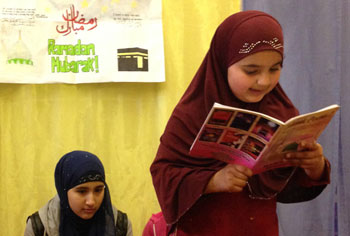 There was also a special gift presented to Sister Atikah by the students. Sister Atikah was thanked by students and teachers for attending the education centre on a weekly basis, to deliver talks on various issues that affect the youth of today. She was presented with a certificate and a gift by Tahira Basharat. There was also a raffle for students who attended the Halaqah e Darood anniversary, on the previous weekend. Noor Fatima Mirza won the raffle and was awarded a prize. The mehfil was concluded with Salaam on the Holy Prophet (SAW), which was recited by everyone. Madiyah Hussain recited Khatam Sharif, whilst Atikah Parveen made the final Dua. She prayed for the success and accomplishments of the students, the good health of the teachers, and also for the long and healthy life of Shaykh-ul-Islam Dr Muhammad Tahir-ul-Qadri. Special Dua was made for the people in Pakistan, and for improvement of situation in the country. All the attendees were also given refreshments. 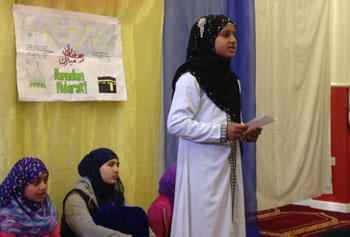 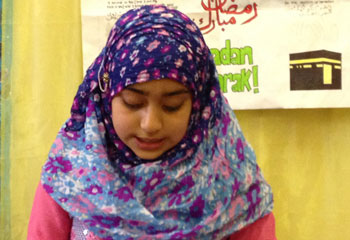 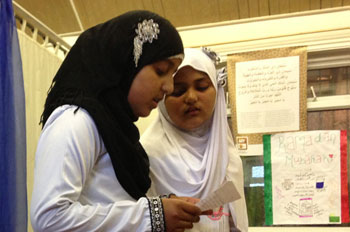 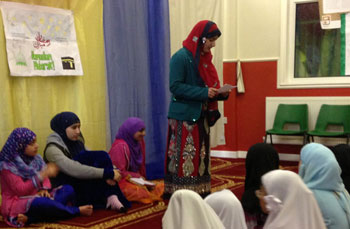 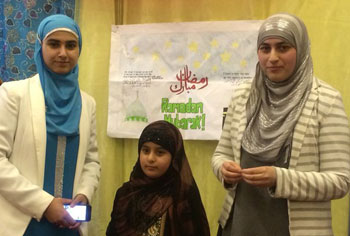 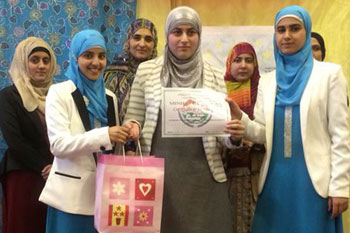 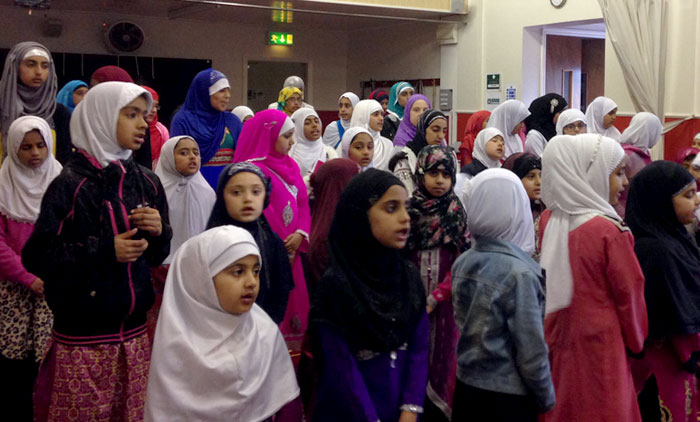