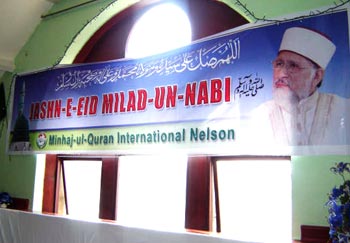 The conference began by Glorifying the Name of Allah Subhanahu wa Ta'ala through the recitation of the Holy Qur'an which was recited by sister Farhat, followed by Qaseedah Burdah Shareef recited by the well known KMK Sisterz which uplifted the atmosphere of the gathering.

Further on praises of the Holy Prophet Salallahu alayhi wa'sallam were recited by young naat khawans with Urdu and English quotes in between by sisters Sadia and Safia, the stage secretaries. The atmosphere was further livened with outbursts of spontaneous slogans in love of the Holy Prophet Sallallahu 'alayhi wa salim. Sister Kauthar delivered a beautiful English lecture for the youth, based on the ayah: "Wa ma arsalnaka ila Rahmatul lil alameen" stating that Allah Subhanahu wa Ta'ala being our Creator does not need anyone, but if we wish to attain His love we must follow and love His Most Beloved Messenger Salallahu alayhi wa'sallam. 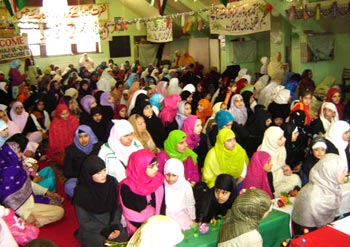 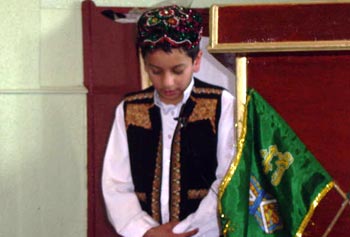 After the English lecture sister Naila who was our guest for the programme delivered a lecture in Urdu for the Urdu listeners. Her lecture was based on Surah 'alaq' and how it means 'muhabah' i.e. love. More nasheeds were recited after her speech and the MYL members were awarded with special certificates and flowers as recognition of their outstanding efforts and hard work to make this conference a success from the beginning till the end. The guests were also presented with flowers and gifts.

Finally the conference concluded with salaam and dua, Mawlid dinner was also served. The conference Alhamdulillah was a great success and full of blessings. The attendance was outstanding. 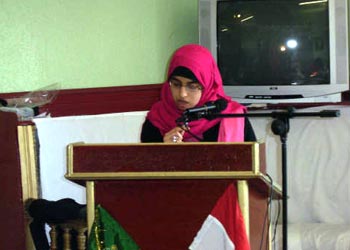 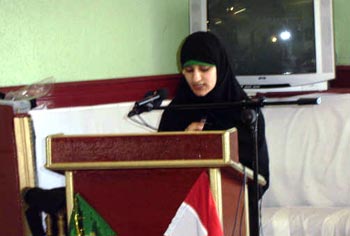 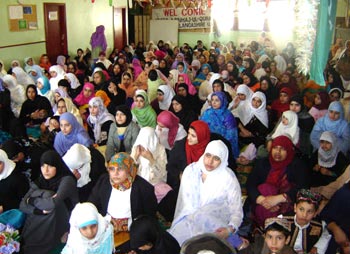 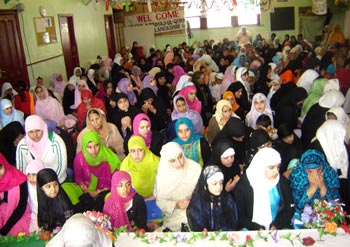