Should we join a Jumaa? 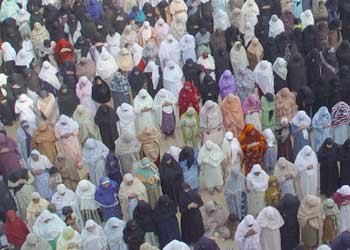 What does Islam say about being part of an organisation that is working for the betterment of Islam?

Firstly what is a Jama’a?

To briefly define jama’a would mean to term it as an organised society that has a clear-cut structure allowing the collective survival of deen as no concept or belief can truly survive and develop under chaos and disunity. The Quran declares:

“Hold onto the rope of Allah collectively”

For some individuals religion is very much a private matter to be practised in the confinement of ones home or to be channelled at an individual level. Some even go as far as calling only Fridays the ‘day of religion’. They feel they are not in need of being part of any Islamic organisation or to be led under any leadership because religious focus should be on the relationship of man with his Lord.

This is not refuted, ultimately when man meets his creator on the day of judgement he will be judged according to his deeds and no one shall bear the burden of another. Yet Islam is for collectivity not individuality, we do not have to go far to explain this. Allah states in the first surah of the Quran, Al Fatiha, Verse 4:

The topic of this verse is Ibadah (worship) in the unity of Allah (swt). This act of worshipping is a private one to one link between master and servant, yet even at this very intimate and crucial stage Allah (swt) has instructed us to work on collective bases. How has He done this? The Quran declares “you alone we worship”, the word ‘we’ is very significant, as it has abolished individualism. The sentence could have read ‘I’ but Almighty Allah (swt) is instructing the Mu’meen to get rid of ‘I’ and replace it with ‘we’ hence showing one what the need of Jama’a actually is.

The philosophy of working together in a jama’a is that it helps overcome the imperfection in human nature. One man on his own can never achieve perfection whereas a group of different characters have differing qualities thus one makes up for the mistakes of another meaning that their movement is more perfect then the one who stands on his own. If you are weak in some areas then someone else can compensate for your shortcomings.

It is reported in a hadith in one of the books of Sahih Sitta that Ali (ra) was praying in which he stated “O Lord bless me with your mercy” The prophet (saw) walked passed and upon hearing this dua He (saw) stopped Ali and said to him. “Why to you limit the unlimited mercy of Almighty Allah (swt), you should say bless us with your mercy”

The above hadith indicates that the idea of togetherness gets rid of the prevailing societal evils such as selfishness and greed as Islam promotes a Muslim to think of his Muslim brother too.

There are many other examples that highlight the importance and great reward of being part of a jama’a as opposed to remaining on ones own.  Reading salah in Jammat possess 27 times the reward and this reward is increased when one prays in a larger masjid. There is a hadith that outlines that when a group of people are doing dhikr and the angels inform Allah of this Allah (swt) replies by saying that they are all forgiven.

In One Hadith Prophet Muhammad (saw) states that “if there are three of you appoint one of you as the head” Showing that even the smallest group has to have a leader.

One must be careful when discussing matters on Jama’a, as this does not refer to the idea of different sects that are segregating the Muslim ummah today. There is a significant difference between a sect and Jama’a they are two different things, which must not be confused. A sect is something that works against another sect sowing the seeds of division and sectarianism whereas jama’a is its antonym as it promotes collection and unity. There is a hadith that reads:

When emphasis is placed on division, i.e. joining sects the word ‘feerqa’ is used but when it comes to mention unity the word ‘jama’a’ is used. The hadith could have read that ‘only one sect will take you into heaven’ but it does not for a purpose a sect is not the same as jama’a.

Why is leadership needed?

A Hadith of the Beloved Prophet reads,

This is a very important hadith that highlights the whole issue of becoming a member of an organisation and its necessity. When it refers to the concept of ‘no Islam’ it means that there can be no influential Islam that can affect society and its people towards the truth. The Quran categorically gives three levels of obedience when it states that a believer must:

‘Obey Allah, His messenger and those of you in Authority’

So obedience must be rendered to Allah and His Rasool without a doubt alongside this the Quran declares obedience to those in authority. If we combine the Hadith and Quranic verse it is clear that if one wishes to truly implement Islam and help in the struggle for its dominance then joining an organisation and submitting to the leader takes priority. Leadership is needed for the guidance of masses, as we are all not Scholars of Quran, hadith or fiqh, just like Rasul (saw) was the leader in Medina and later conquered Makkah; he (saw) was the first and perfect leader of Islam. In the modern world we need pious individuals who mould their lives according to the Sunnah of Rasul(saw) and follow the commandments of Allah perfectly. If we obey the leader we are in effect obeying Allah and His Rasul and that is why Prophet Muhammad (saw) declared that, “there is no Islam without jama’a, no Jama’a without leadership and no leadership without submission.” This is not shirk because Allah (swt) Himself in the Quran declares that obedience is not His exclusive right as Allah has ordained man to obey his parents as well as obeying those in authority it only becomes shirk when Allah’s obedience is violated by another obedience as long as obeying another does not infringe Allah’s obedience it is within the confinements of tauheed (the belief in the oneness of Allah).

Minhaj ul Quran means ‘way of the Quran’. It is an organisation that looks to the practical manifestation of obeying Allah and His Rasool (saw). The Muslims of today have been deprived of the love of Allah and his messenger, we are empty inside, so engrossed into this duniya that no other reality can be injected inside us. We need to snap out of it and wake up. We need to realise the fleeting nature of this life and take some time to prepare our akhirah( afterlife)  just like we take time to prepare for our exams, coursework and the hours we spend in our bedrooms preparing either to go out with our friends or  to attend a wedding.

Minhaj ul Quran is here to help us to understand our deen (religion), to learn to love our deen. It bases itself on five objectives. The first and foremost one concerns

Meaning to develop that obedience and love that we have lost for our creator. We need to feel closer to Allah and become God-fearing people so that every step we take we take for the pleasure of Allah.

2. Restoring the relationship with Prophet Muhammad

3. Returning to the Quran

Being the word of God we safely put it on the shelves in our houses in a corner of some room never to be read or understood. We need to read it for blessings and follow its teachings.

4. Helping to unite the Muslim Ummah

The Ummah today is fighting with one another, this is out problem we do not look to unite with one another how can we attract others to Islam. We need top learn to be peacemakers.

5. Restoring the Islamic way of life

We need to look inward at our own faults and when we realise our shortcomings we will not need to look outward at other people and their faults. We should all try to look inside our hearts and rectify our actions according to divine pleasure.

Why should you become a member?

When we talk of becoming a member people are usually frightened yet they can easily join Avon or a gym to look and feel better. Joining an Islamic organisation is of more benefit to you then losing weight, it’s a way of cleaning your insides, washing away your sins as you are among good company working for the deen of Allah. Look how important working is for us, it’s a fact of life, we need money so we work, we do not want to upset our employee so we try to come to work on time and do the work to the best our ability. Being a Muslim we must remember that our ultimate employer is Allah, do we really want to upset Him?

I would like you to remember one thing:  be committed. Show some commitment to your deen and make your employer, Allah (swt) happy with you.

Bring this change within yourself surely we do not want to be Muslims by name for the rest of our lives lets leave our jobs as part time Muslims, lest become permanent and full time, lets be committed!