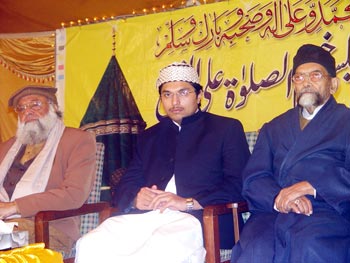 A special spiritual gathering of Gosha-e-Durood was organized in the ground in front of the Central Secretariat of Minhaj-ul-Quran International on January 3, 2008 after Isha prayers. Necessary arrangements were made for the provision of heating during intense winter including specifically decorated venue. Miskin Faiz-ur-Rahman Durrani was in the chair, while Sahibzada Hussain Mohy ud Din Qadri was the guest of honour. 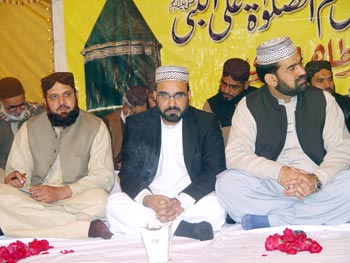 A large number of women also participated in the programme. Separate arrangement was made for them. Banners bearing welcoming slogans for the guests were erected around the venue. Amir-e-Punjab Ahmad Nawaz Anjum presented report of Durood recited at the Gosha-e-Durood. He told the audience that the number of Durood recited till the month of December 2007 exceeded 3 billion.

Shaykh-ul-Islam Dr Muhammad Tahir-ul-Qadri addressed the audience telephonically from Canada. Speaking on the topic of 'Name of Muhammad (SAW)', he said that Allah Almighty chose the name 'Muhammad' for His Beloved for the purpose of praise and salutation but there is no limit to this praise. The more the salutation showered upon the Prophet (SAW), the lesser it would be because message latent in the Prophetic name is the uninterrupted flow of praise and the best way to express this praise is the offering of the Durood-o-Salam. Allah Almighty Himself offers Durood on the holy Prophet (SAW) and ordains His creations to do the same. 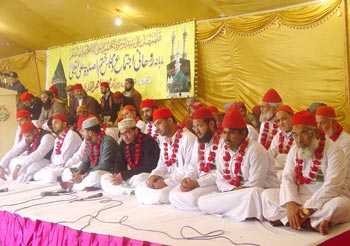 Shaykh-ul-Islam said that Allah Almighty did not fix any limit so far as offering of Durood-o-Salam on the holy Prophet (SAW) was concerned. Nor has the Prophet of Islam (SAW) fixed its extent. Referring to a Hadith of 'Musnad Ahmad Bin Humbal, Jamae Trimzi and Hakmul Mustadrak', he said, "It is reported by Abe Bin Kaab that 1/4th part of night would pass, the Holy Prophet (SAW) would stand up and urge the people to remember Allah. He would recite verse no 6 and 7 of Sura an-Nazi`at of the Holy Quran afterwards: 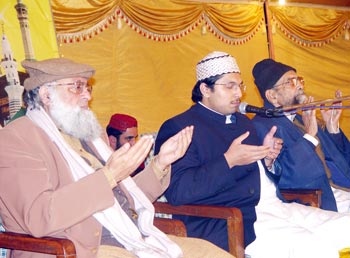 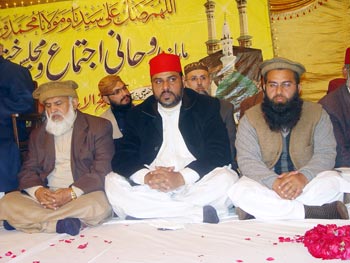 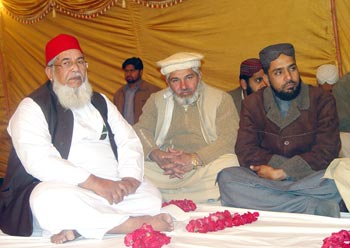 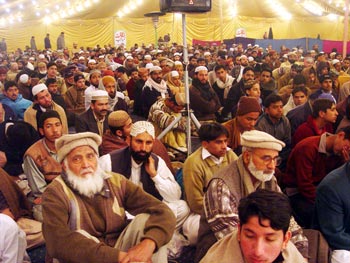 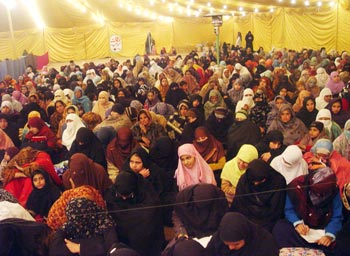