The News: Exciting times...country on the move 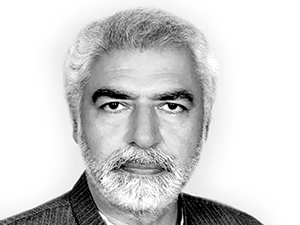 Wordsworth would be a bit of an exaggeration: “Bliss was it in that dawn to be alive”.... But short of that, it’s an exciting time to be a Pakistani. Six months ago this seemed a dead country, beyond hope or redemption, the Sharifs in power, with little to offer beyond bizarre schemes of Margalla Hill tunnels and fast trains to Murree and Muzaffarabad. The opposition too seemed dead and politics looked no better than a doormat.

This was six months ago. It’s all so different now, the country shaken out of its somnolence and rocking to a new beat, rallies drawing record crowds and the Sharifs looking more dazed and clueless than ever, confined to their palaces and haunted by that cry which has caught on so much, “Go Nawaz Go”.

All this has happened without the least bit of violence or mayhem. For the most part, except for the stampede in the Multan stadium, the rallies and marches have been disciplined and orderly affairs, great enthusiasm on display but no disorder. The number of women attending these rallies has been amazing…young and old, housewives and school and college girls and no badtameezi, none whatsoever. If for nothing else, the rallies would be worth it for this reason alone, the way they have drawn women into the political arena and pulled the middle classes from their drawing rooms.

And the songs and the dancing, the war-paint on the faces of the young and the not-so-young, this seems so bracing and such a tonic in a land where the public expression of joy and animal spirits has for long been considered one of the deadly sins. For being the catalysts of this new mood, our own Cultural Revolution without the violence and excesses of Mao’s Cultural Revolution, Imran Khan and Tahirul Qadri deserve the nation’s thanks.

Note also the fact that there’s been not a single act of terrorism in the sit-ins or the public meetings. For this the army has to be thanked which has taken the fight to the Taliban in their erstwhile redoubt of North Waziristan. With their backs to the wall the Taliban are finding it difficult to transmit terrorism the way they used to in the past. Long may it remain this way.

Our politics used to consist of empty chatter…leaders taking the awam for granted. Imran and Qadri have changed this, giving the status quo parties, especially the Sharifs, sleepless nights. They have also raised the level of political discourse, dealing not just in slogans but speaking of solutions too. As a result there has been a political awakening of sorts which the two status quo parties, the PML-N and the PPP, are finding difficult to handle.

Whether through some act of divine intervention elections are held now or the Sharifs limp along to complete their term, this is now immaterial. Just as the PPP lost its legitimacy long before its term ended, the Sharifs have lost what the Chinese call the Mandate of Heaven just a year and a half into their term. They are rulers now in name only. Look what they have been reduced to: weekend handouts issued from Raiwind Palace proclaiming – wait for this – consultations between the two brothers. Loyal newspapers duly carry these handouts, giving them a spurious importance.

Whether Imran and Qadri had any clear idea of what they were setting out to achieve, they have certainly knocked the stuffing out of the government. What remains is an empty shell, whether PML-N stalwarts admit to this or not.

Don’t we remember the mantra of PPP ministers in the last government? That their government would complete its term and elections would be held only then and not before their time. We can hear the same chant from the PML-N today. A fat lot of good completing its term did the PPP. A fat lot of good it will do the PML-N. After serving their purpose the sit-ins had become a dead-end street. The change of tactics in taking to the road and holding public meetings has paid off handsomely, garnering a response that has certainly surprised most observers.

Nawaz Sharif emerged victorious in the last elections less on his own account and more on account of the PPP, he being the beneficiary of the PPP’s corruption and ineptitude. Although he was the oldest hand on the political scene, because there was no other alternative, Imran still not stirring the masses the way he is doing now, the Punjab electorate gave Nawaz Sharif not just the benefit of the doubt but for some strange reason invested his persona with high hopes.

This was an act of make-believe, imagining something which did not exist. What Imran and Qadri have done is to wipe clean the makeup, giving us the Sharifs not as they existed in the popular imagination at the time of the last elections but the Sharifs as they really are. Reality thus has caught up with one of the greatest fiction narratives in Pakistani history. The Sharifs prospered only as a counterpoint to the PPP, that being the entirety of their politics, the role for which they were prepared under the Zia regime. With the PPP knocked out of the Punjab ring – this thanks to the political genius Asif Ali Zardari who in seeing to the PPP’s funeral in Punjab has done what General Zia could not do – the Sharifs’ political purpose was lost. The PPP motif gone they had nothing with which to replace it.

This is proving to be an expensive obstacle course for the country. It took five years of Zardari and the other clowns in the PPP’s menagerie to remove the party from the Punjab landscape. This trend is too far advanced for any Bilawal Zardari caper to reverse it. (By the way, no amount of name-juggling can alter the fact that Bilawal is a Zardari not a Bhutto. The MQM is wholly right about this.) Now it is taking N-League ineptitude to cut the PML-N down to size. This is costly Hegelian dialectics: a thesis confronted by its antithesis and so on. Hopefully we are leaving the past behind and moving on to a somewhat higher plane.

What are the people sick and tired of? Dynastic politics, the sense of entitlement and exaggerated protocol of the political class, tax-dodging by the elite, the Sharif and Zardari fortunes abroad even as they talk about the poor. The less-favoured are finding this hypocrisy suffocating. Anyone thinking that this mood won’t last is likely to be in for a shock.

But people want change not through the barrel of the gun or by going off to the mountains. This has been a remarkably peaceful agitation, none of the gherao-jalao of the anti-Ayub movement. They want change through the ballot box, through the power of the vote. As we have seen, experience is a great teacher. Imran and Qadri were speaking a slightly different language when they set off on their ‘long marches’ and their demands were different…resignation of the PM, etc. Now they are hewing to a more realistic line, down from the clouds, their feet closer to the ground.

We must take cognizance of one thing, however. Imran and Qadri together would probably sweep the polls, whenever held. But as we can see, both are sticking to their positions and on current reckoning it looks as if they will be fighting their own electoral battles. In election terms Imran seems to be on the stronger wicket. But Qadri has a disciplined organisation behind him.

The important thing, however, is that something is happening in Pakistan. Things are not dead; the water is not stagnant. Old skin is being shed, a new light, even if flickering, can be espied on the mountains…this in a country where nothing good was ever expected to happen.