British Muslim youngsters and Minhaj-ul-Quran (MQI) leaders welcomed the visit of Metropolitan Police Commissioner Sir Ian Blair to the mosque of Minhaj-ul-Quran International on Friday the 15th July. The close door meeting with Sir Ian Blair took place before the public address in which the MQI leaders discussed issues related to the security of the Muslims and the actual teachings of Islam.

Speaking at a the Minhaj-ul-Quran Mosque in Forest Gate, East London, Sir Ian Blair appealed to worshippers: "I need you". "We have got nearly 1m Muslims in London, 1.6 in the UK," he said. "We've only got 300 Muslim police officers in London - that's not good enough. I need your mothers, fathers, sons and daughters." "We must seize this moment, this weekend, next week. "We have to seize a moment in which the Muslim community in Britain changes from your position of shock and disbelief into active engagement in counter-terrorism."

The Media Secretary of MQI, Mr Shahid Mursaleen explained to Sir Ian Blair "that the positive and the moderate image of Islam has to be presented in the mainstream media so that the overall situation of extremism changes effectively". He asserted that "Minhaj-ul-Quran International has been working in this regard for many years and will continue to do so, and would appreciate support from government officials". 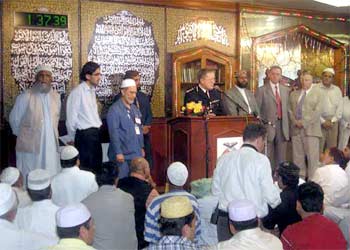 Furthermore, the issue regarding to the involvement of the young Muslims was thoroughly discussed that the young British Muslims have to be taught a balanced view of their faith by all the mosques and Imams throughout the country. As a result, the extreme elements, which still exist in the community, shall not get any chance to 'hijack' the young immature Muslims and make terrorist out of them.

Mr Basharat Aziz, President of Minhaj-ul-Quran London informed Sir Ian Blair "that MQI is playing a vital role in bringing youngsters away from extremism for quite a long time by teaching them the true image and balanced view of Islam". Sir Ian Blair and the public can be assured that MQI will fully support the authorities to restore peace in society; however, the scary impression shall not be given to the public that the mosques are clients of the police. Sir Ian Blair was also informed that there is a great level of fear within the Muslim society regarding the counter attacks from racists in the UK; he was urged to increase the level of security for the minorities. 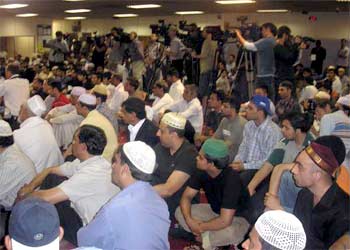 The active youth cell of MQI, the Muslim Youth League (MYL) will play an active role in eradicating extremism from the streets of UK, the Youth Development Co-ordinator Shaykh Ramzan Qadri said in the meeting with the Muslim youth and MQI's officials. Shaykh Ramzan Qadri holds regular Youth classes across the country to educate youngsters about their faith. The Muslim Youth League of Minhaj-ul-Quran will play a key role in spreading the moderate and balanced view of Islam. This is one of the methods, which MQI will adopt in assisting the British Government in the fight against extremism.

In addition:
This was one of the first ever events in Minhaj-ul-Quran's history that it was broadcasted Live on the British and International TV channels such as Sky news, BBC News 24, ITV news and also CNN. However, the pictures were shown all day on all the national TV channels of Sir Ian Blairs visit to MQI centre. The official people from MQI who gave interviews were. Shahid Mursaleen gave TV interview to BBC News 24, which was telecasted LIVE on BBC News 24, in which Minhaj-ul-Quran was refered to as one of the first organisations to condemn these attacks in London. Minhaj-ul-Quran London President Mr Basharat Aziz gave a lengthy interview to Channel 4 and ITV and The Times Newspaper. Shaykh Ramzan Qadri also gave interviews to various papers. 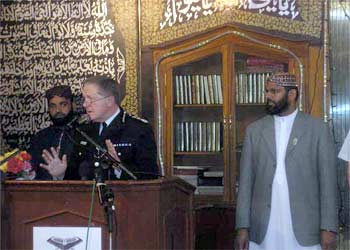 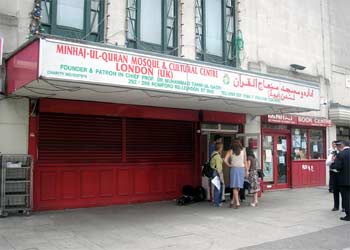 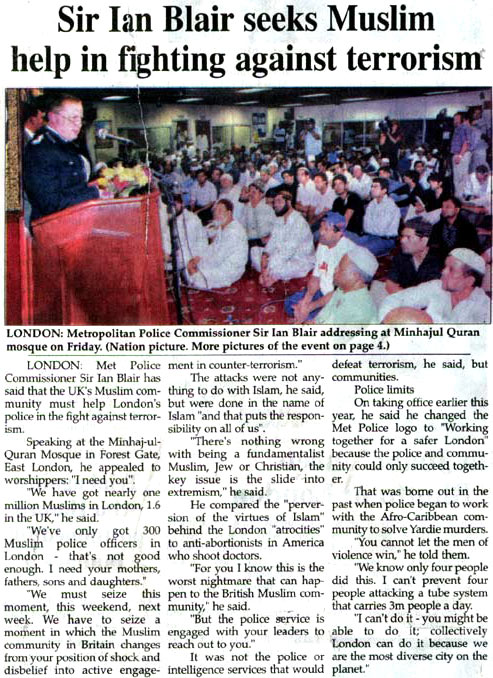 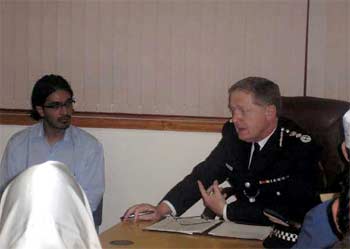 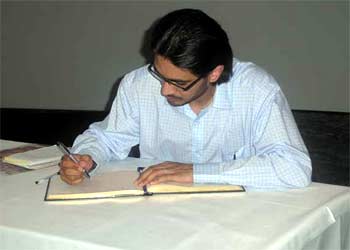 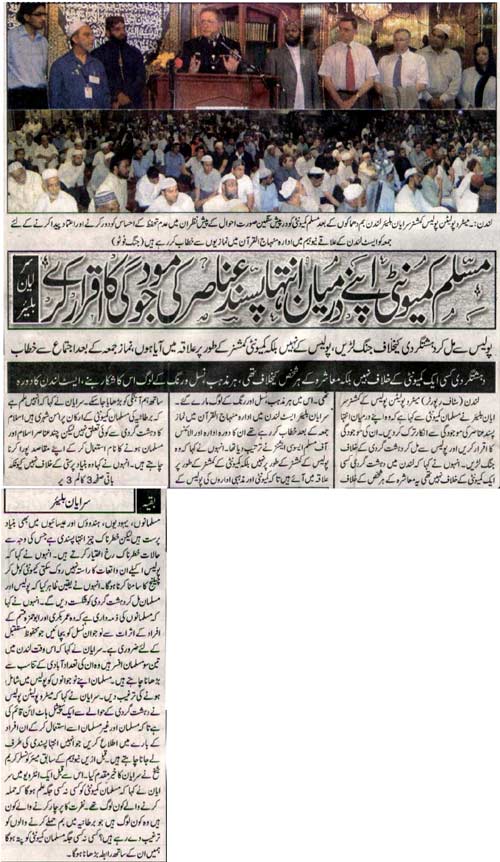 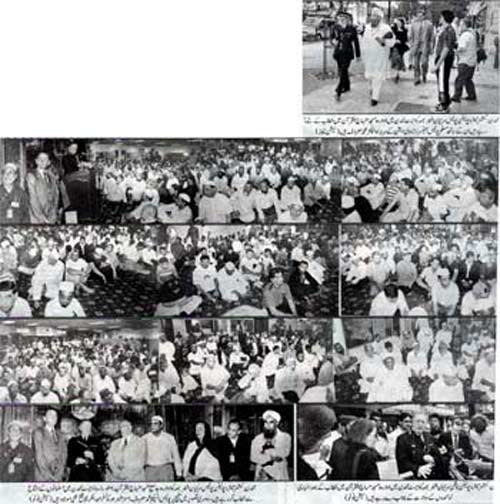