Police and Muslims are joining forces in the battle against radicalisation. 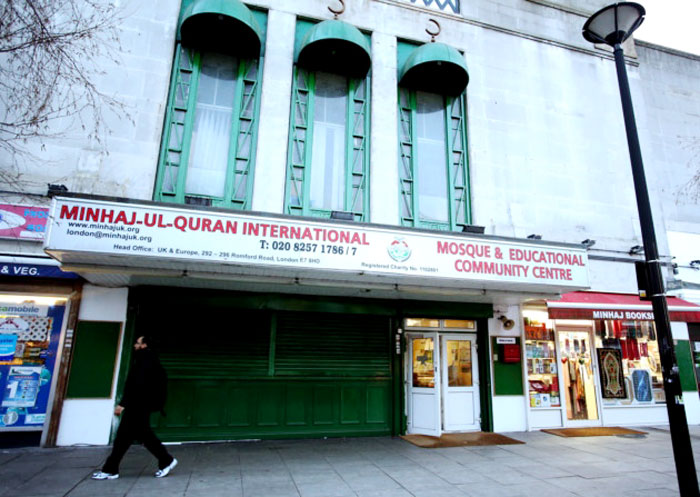 Minhaj-ul-Quran Mosque in Forest Gate has opened its doors to law enforcement officers to fight extremism.

Organisers hope the open-door policy, which will see police meet the congregation at quarterly events to hear concerns, will spread to other mosques.

Community liaison officer Adnan Sohail, says extremism is not an issue at Minhaj-ul-Quran – a global group renowned for its anti-terror work – but said he feels it is important to take preventative action.

“We are fighting hard against these extremists – it’s an area that we have been focusing on for a long time,” he says.

In addition to running nation-wide anti-extremist workshops, the organisation runs three classes for Newham children teaching that aggression is “un-Islamic”.

Helping head up the initiative is Supt Ian Larnder,

who has been working with the mosque since September.

“Adnan is keen to talk about some very difficult subjects – like how to stop some of our community being radicalised,” he says. “It’s about protecting people who may be vulnerable to these messages – we want people to say how best we can protect our young people and stop them being radicalised.”

He believes meeting the congregation regularly will make it easier for the community to approach police with concerns. “It’s about how we can all work as one big community,” he explains.

In light of the attack at Charlie Hebdo’s office in Paris, in which gunmen Said Kouachi and Cherif Kouachi murdered 12 people with automatic rifles while screaming “Allahu Akbar” (God is great), the mosque has renewed its stance against terror.

“Terrorism should not be attached to Islam,” Adnan argues.

“There is nothing in Islam that says this is acceptable. Islam is a peaceful religion – it goes against ideologies like this. If someone does something like this, it’s based on their own psychological problems.

“The Qu’ran says disturbance in any land is worse than murder. These people are causing mayhem – they’re causing rifts among society.”

Minhaj-ul-Quran’s Newham Imam, Muhammad Zeeshan, says the Islamic way to pursue a grievance is through the legal system – not through violence.

Minhaj-ul-Quran’s global leader, Dr Muhammad Tahir-ul-Qadri, famously issued a fatwa (a legal opinion) against terrorism in 2010 and has been reported as saying terrorists are “dogs of hell” who expel themselves from Islam through their actions.

“I request all my brothers to please read Dr Qadri’s fatwa,” says Imam Zeeshan. “The true picture of Islam is there.”

Adnan says the mosque has “tried to create an alternative for the Muslim community to bring them back to traditional Islam”.

The borough has faced extremism before; Stratford brothers Mohommod Hassin Nawaz, 31, and Hamza Nawaz, 23, were found guilty of travelling to Syria to commit acts of terror in the ongoing civil war.

They became the first UK citizens to be jailed for terrorism in the conflict in November last year, adding a new urgency to the work of Minhaj-ul-Quran.