On the 25th of June 2014, Jamia Masjid Minhaj-ul-Quran Nelson began the second series of lectures for children who attend the education centre. Sister Tahira Basharat, senior teacher at the centre, invited sister Safia Akhtar to come and deliver short talk on common topics and issues that affect the youth of today. A variety of topics were covered with many Ahadith and stories, and students were very attentive and keen to listen throughout the talks. 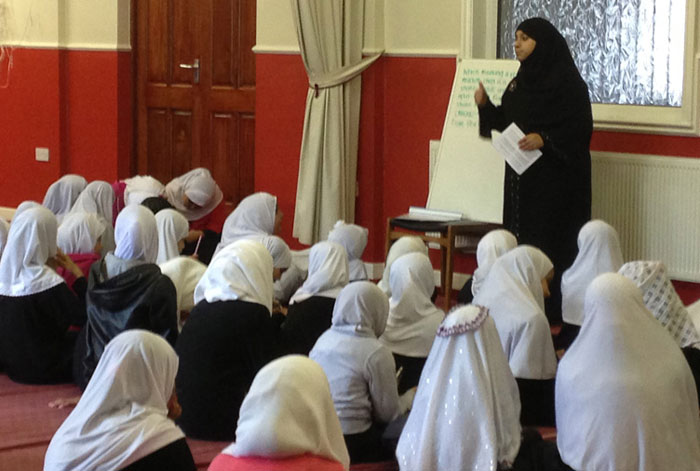 The first talk delivered to the students was about backbiting and slander. Sister Safia gave a variety of Hadith and Quranic verses as references to explain that backbiting and slandering is a great sin and one of the main causes for family disputes and feuds. Many children admitted that they were guilty of backbiting about friends and family and promised to try and improve their character in the future. It was also said that it was better to remain silent, rather than discuss things that may upset people.

On 2nd July 2014, the second lecture of the series was delivered by Sister Safia. The topic of the talk was anger. Sister Safia talked about how anger was a temptation of Devils and that it weakens a person’s Iman. Students also discussed situations when they feel angry and what the Quran and Sunnah say about the topic. Hadith were given, which explain how to deal with anger and also what to do in confrontations.

The third lecture in the series was held on Monday 7th July. The evils of hypocrisy and being two faced were discussed with students. The punishments and dangers of being hypocritical were mentioned according to the Quran and Sunnah. Sister Safia mentioned a Hadith which talked about the four main signs of a hypocrite and then also pointed out that sometimes we show some of these signs within ourselves. 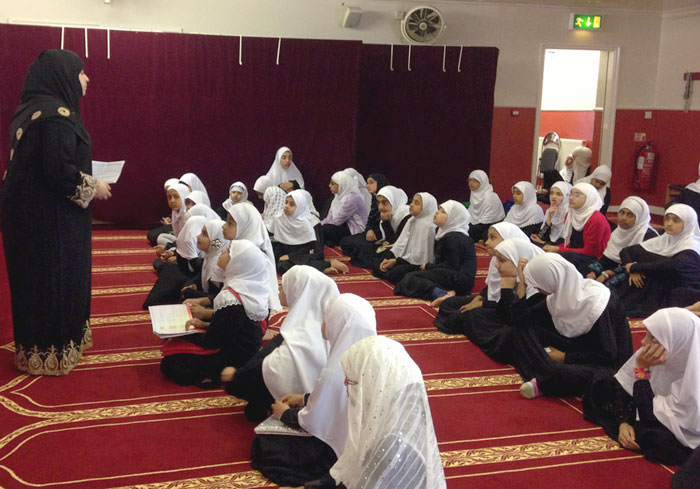 The fourth lecture was given on 9th July 2014. The topic was jealousy and also greed of wealth. Sister safia said jealousy was a trap of Shaytan, and often listens to many other sins including backbiting and lying. It was advised that we should be pleased and happy with the things that Allah (SWT) has blessed us with. Being ungrateful can lead to greed and displeasure in life, which leads to weak faith.

The fifth and final talk was given on 1th July. The final topic of the series was over laughing and self-exhibition. The humour and smile of the Holy Prophet (SAW) was discussed along with examples of when the companions of the Holy Prophet used to play pranks and jokes on one another. However it was also said that we should not laugh too much, or make a show of ourselves, as it leads to less fear of Allah (SWT) and the Day of Judgment. It was encouraged to do things in moderation, and to be serious when it is required. Sister Tahira Basharat also thanked Sister Safia Akhtar for taking time out to come and teach the children such valuable lessons in a fun and interesting way. The students were also pleased and enjoyed the weekly talks.