UK: Parents informed of their children’s progress in education

On Thursday 27th November 2014 Jamia Masjid Minhaj-ul-Quran held a parents evening for the young children who attend the education centre. The evening was organised to inform parents of their children’s progress over the last year. It was also to reward the children for their success in the recent examinations they had taken. 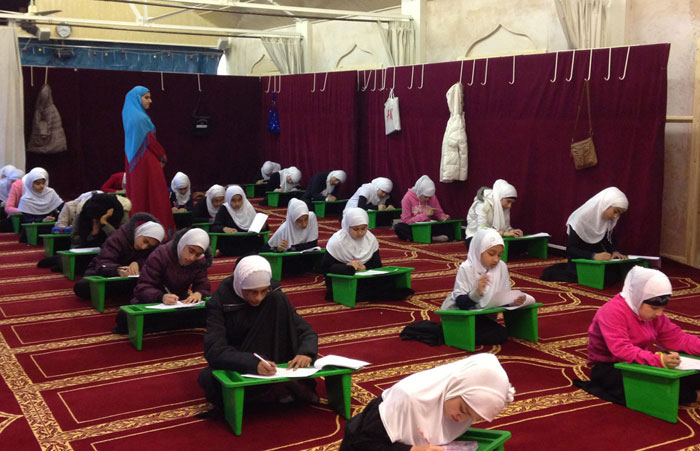 There were approximately 90 students who sat the exams, which were taken throughout the week, from 20thOctober 2014 to 24th October 2014. Students had exams in Quran, Tajweed, Urdu, Islamic Beliefs Duas and Kalimahs, Seerah and Hadith. Some were oral exams, whilst some were tested with written exam papers. The levels of the exams were adjusted to suit the varying academic levels of all the classes. At the end of the exams, report cards were produced which recorded the results of each child and a brief overview of the children’s behavior, attendance and effort in the classroom. 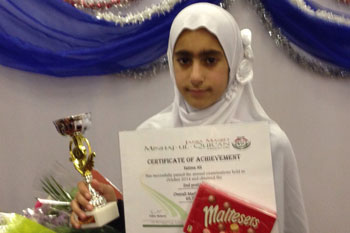 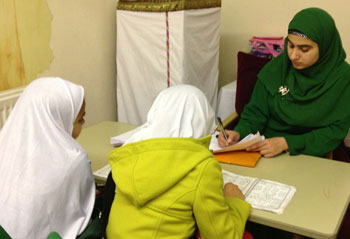 The evening began with recitation of the Holy Quran which was done by Noor Mehmood. She beautifully recited Surah Al-Ikhlaas. This was followed by Qaseedah Burdah Sharif, which was recited collectively by all the students. There was also a couple of Naats of the Holy Prophet (SAW) which were recited by Nida Ajaz and Alisha Shamraiz. This was promptly followed by the prize giving ceremony. There were two categories of gifts given to the children. The first was for the results achieved by the students in their exams, the second was for children who had recently completed reading the Holy Quran. The gifts were divided amongst each class. There are four classes, Amina Class (Playgroup), Aisha Class, Fatimah Class and Khadija Class. There were gifts for students who attained first, second and third position. 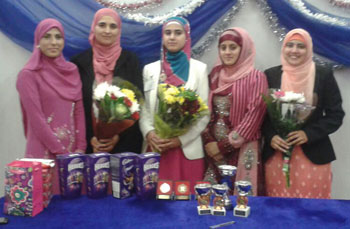 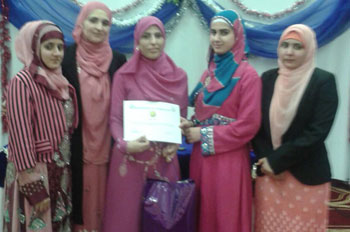 In Amina Class (playgroup class) the winners were:

There were also a couple of honourable mentions who were: Laiba Latif and Amileah Afzal

The winners in Aishah Class were: 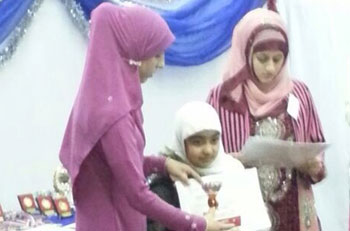 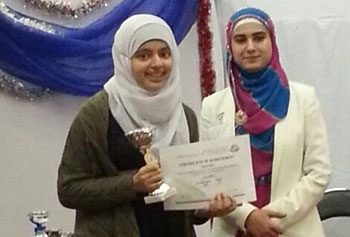 The winners in Fatima Class were:

The honourable mentions were: Maryam Ahmed and Zahra Ali.

The winners in Khadija class were: 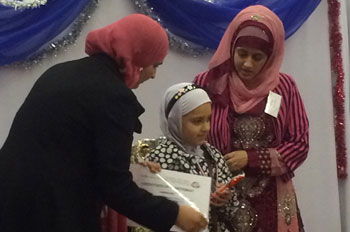 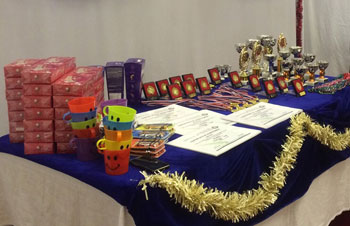 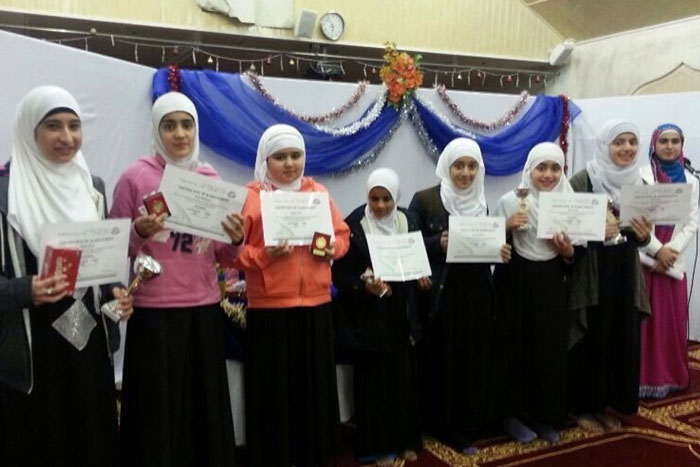 Nimra Khan then made a short Dua, and then all the parents were sent to their children’s teachers for a brief meeting. In the individual meetings parents were given the report cards that had been prepared, and were also given the opportunity to discuss the progress of their children, and also any concerns or issues that may have arisen over the year. Finally everyone was served refreshments and thanked by the Sister Tahira Basharat for coming to the event, and also for showing an interest in their children’s educational upbringing. The parents also showed their appreciation to the teachers for organising the event. 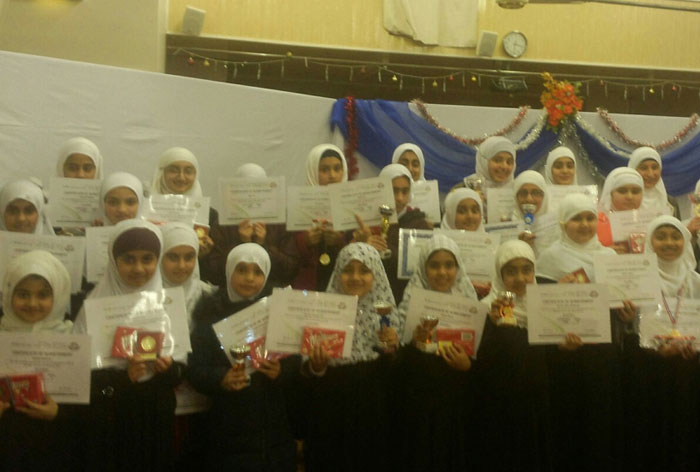