Minhaj-ul-Quran Women League (North Zone) held a very successful programme celebrating The Mercy of Allah on the 18th of January 2015 at the Arooj Banquet Hall in Sheffield. Up to 1000 people including Sheffield chapters attended the inspirational programme. 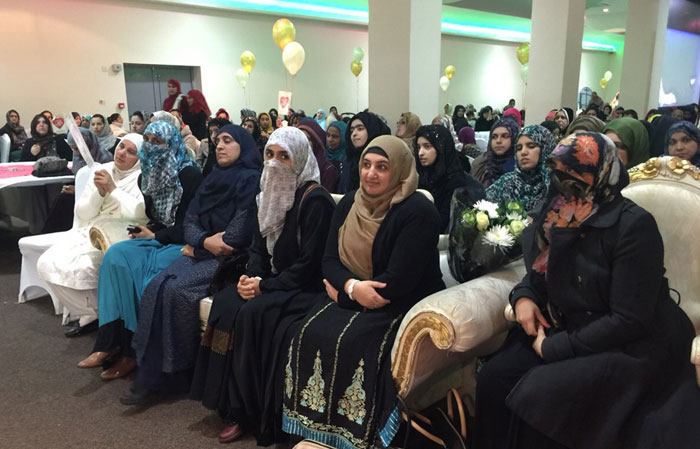 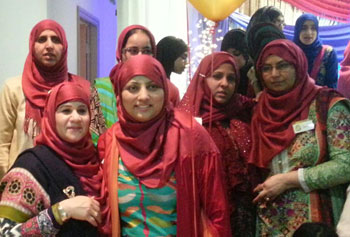 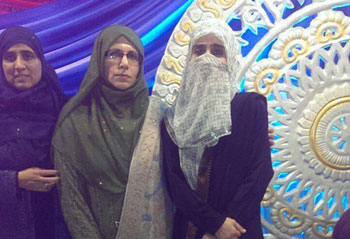 The programme was hosted by sister Shahida-ul-Haq (North President UK) and sister Nasreen Akhtar (Dawah Secretary UK). Beautiful recitation of Holy Quran was delivered along with some lovely Naats. Motivational talks were delivered by; firstly Sister Tahira Afzal (MYL Halifax) who delivered an English talk about the high esteem and beautiful characteristics of the Beloved Prophet(Peace be upon him). She highlighted the work Shaykh-ul-Islam Dr Muhammad Tahir-ul-Qadri has been doing in regard to bringing the youth back to the right path and for promotion of the love of Holy Prophet (Peace be upon him). The programme continued with an inspirational talk by Sister Jabeen (Pakistan Awami Tehreek UK Coordinator). She highlighted the importance of keeping peace and read from the book; “Fatwa on terrorism” written by Shaykh-ul-Islam Dr Muhammad Tahir-ul-Qadri. She highlighted the importance of following the Prophet’s (peace be upon him) Sunna. 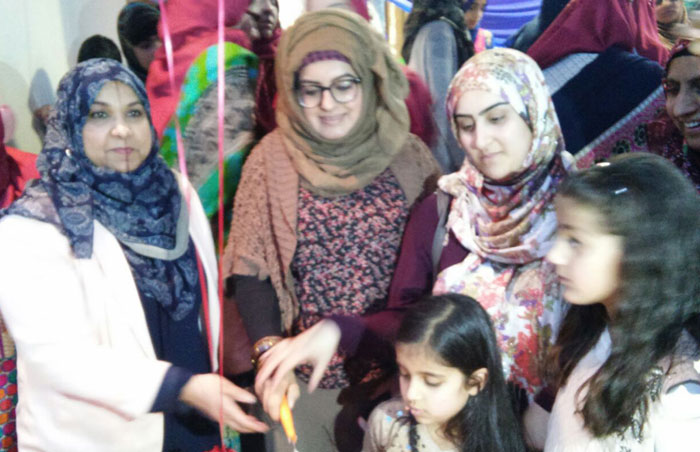 Sister Nasreen Akhter (MWL UK Dawah Secretary) gave a wonderful speech regarding various aspects of the life of the Holy Prophet (SAW). On the ending note Sister Nasreen Akhter gave the message of Minhaj-ul-Quran and urged the sisters to join Minhaj-ul-Quran, to attend Halaqat and to spread the love of our Prophet (SAW) everywhere, in homes and in mosques. This was followed by Ustaza Fathima Mashhadi’s highly spiritual talk on the life of Prophet Muhammad (peace be upon him). Ustaza Fathima Mashhadi took us all to the journey of the ‘Battle of Badr’. She gave examples of the Prophet’s (peace be upon him) struggle for Islam and how Allah’s blessings were showered on him (peace be upon him). A strong message on sacrifice and commitment to Islam was given and how Allah’s mercy is endless for His people. 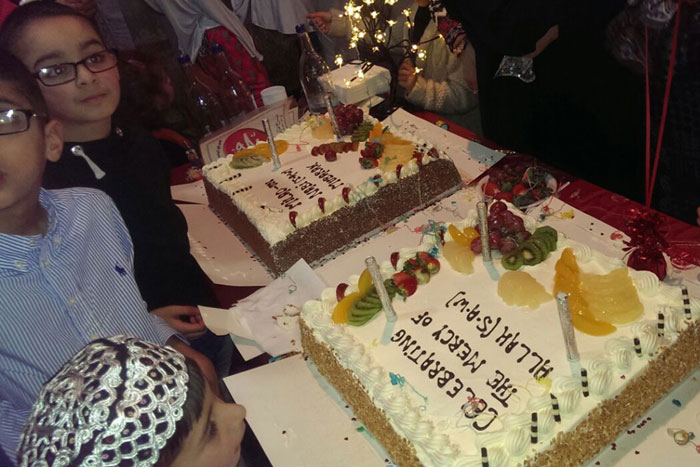 Sister Rosina Nawaz (Midlands General Secretary) followed by giving insights into the Dawah Project. She emphasised on the great initiative on spreading Islam by distribution of free leaflets and literature. She highlighted the Hadith of the Prophet (peace be upon him); “It is duty of every Muslim to give Dawah”. The participants were highly motivated and inspired by all talks. The audience gave very positive feedback and overall the programme was a great success. At the end, Naats and Nasheeds were recited by young girls from Derby and cakes were cut by UK Executives and Sheffield MWL chapters to celebrate the birth of our beloved Prophet Muhammad (peace be upon him). This was followed be Salaam. The programme finished with a very heart touching Dua by Ustaza Fathima Mashhadi.