A New Trend in Protest 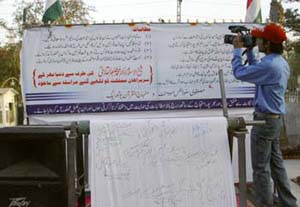 The initial months of the year 2006 brought confusion and chaos affecting the world at large when the blasphemous caricatures of the Prophet Muhammad (Peace Be Upon Him) were published first in "Jallandus Posten", and later in some other European newspapers. Resultantly, Muslims all over the world recorded their protest showing deep love and intimacy with the last Prophet of God. However, in some countries the furore was at its peak putting on fire the Danish Embassies and engulfing precious lives. In Pakistan too, five men lost their lives in the fiery protest in addition to setting on fire the public property, needless to mention Punjab provincial Assembly. At that grave and critical juncture, Minhaj-ul-Quran Youth League and Mustafavi Students Movement decided to adopt a distinct but civilized and meaningful way of demonstration by introducing a new trend in protest. 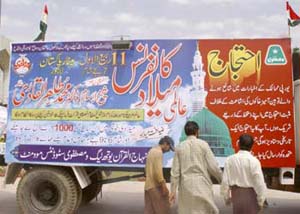 "A call to prevent clash of civilizations", a research based article of bright ideas which was sent to the world leaders by Dr. Muhammad Tahir-ul-Qadri Partron in Chief Minhaj-ul-Quran International, proved a beacon light showing direction to the world as how peace and harmony can be restored among the comity of nations. This call of brotherhood carrying the message live and let live with the sanctity and dignity of all Prophets regardless of religion and race was greatly appreciated as bridging the gap between two poles, east and west. Following the foot steps of their leader; to project the positive image of both Pakistan and Muslims, MYL and MSM prepared a "Milad Float" which was decorated with flax signs and boards carrying the charter of demand for legislation of blasphemy law. For this purpose "Public Signature Activity" was launched and signatures were taken from more than one million people belonging to each and every walk of society including students, lawyers, judges, teachers, politicians etc. 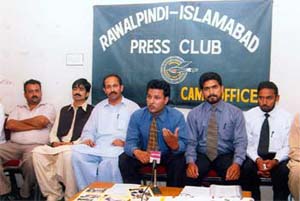 On the 11th May, this longest banner of world record was taken towards Islamabad under the leadership of MYL and MSM to present it to the UN Country Office. On the way, from Lahore to Islamabad at various stations, including Raw-Wali Cantt, Kamoki, Gujranwala, Gujrat, Jehlam, Gujjar Khan and Islamabad Airport Chowk, thousands of workers of MYL, MSM, and general public greeted the youth leadership with garlands, balloons, petals of flowers and welcoming banners. Prior to the presentation at UN Office, the youth leadership addressed a crowded press conference at Islamabad press club putting emphasis over the need for peace and harmony among religions. 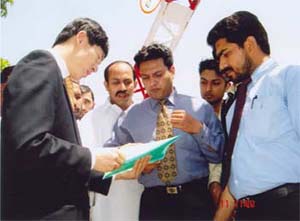 The youth delegation was warmly received by UN Country Office Director Mr Haulien Sue, who appreciated the activity and promised to send the banner along with the memorandum to UN Headquarters, New York, America, and it would be placed in the record room where it would be available to be seen on UN website of historical documents. The youth leadership, while exchanging views with Mr Hamlien Sue, demanded that UN must play its influential role, taking the concrete steps towards the blasphemous laws under the United Nations Declaration of Human Rights. The various news channels captured the historical event, and next day all the newspapers gave press coverage to MYL as a trendsetter for the civilized protest. Thus it earned good name for peace against unrest.

Good name in man and woman dear my lord is the immediate jewel of their souls.
(Othello) 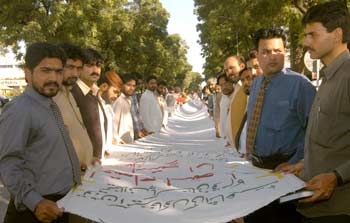 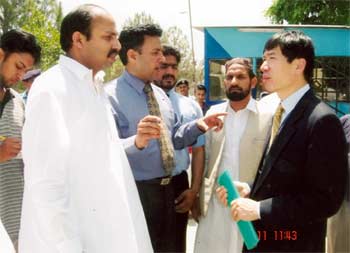 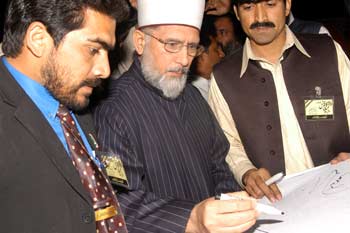 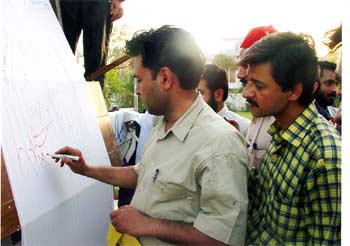 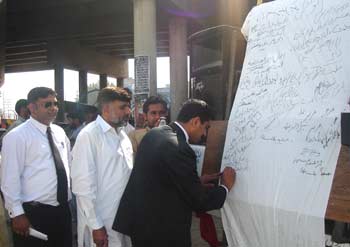 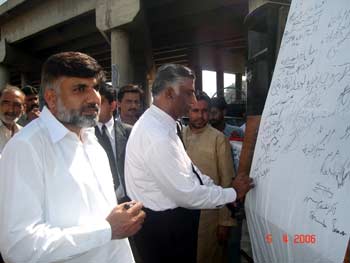 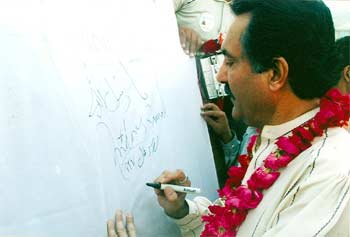 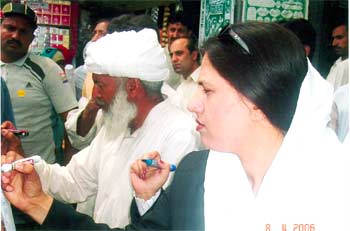