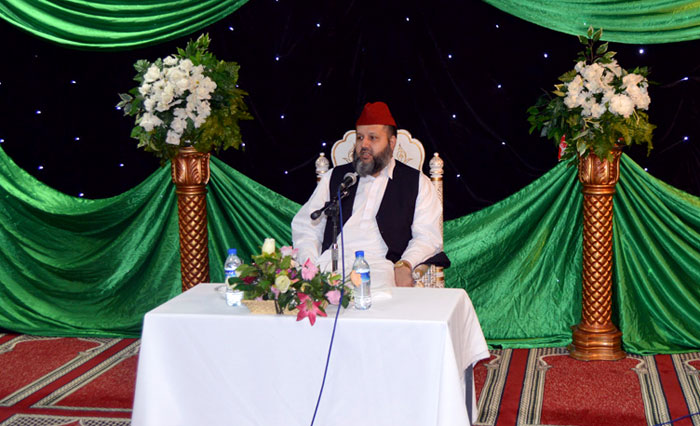 By the Grace of Almighty Allah and the blessings of His Holy Prophet Muhammad (S.A.W), Minhaj-ul-Quran International London held the Annual ‘Giyarveen Shareef Mehfil’ commemorating the life of Shaykh Abdul Qadir al-Gilani al-Baghdadi (RA). The proceedings of the programme began with the recitation of the Holy Qur’an by Hafiz Asim Shabbir followed by salutations upon the Prophet (SAW) and ‘manqabat; by students from Minhaj School of Sciences (MSIS).

The beloved son of Huzoor Tahir Allauddin al-Qadri al-Baghdadi (May Allah be pleased with him) (the beloved Shaykh of Shaykh-ul-Islam Prof Dr Muhammad Tahir-ul-Qadri), Huzoor Pir Sayyid Abdul Qadir Jamaluddin Al-Qadri Al-Gilani was the Chief Guest on the occasion. This is the second year in a row he was very kind to be chair in the Annual Giyarveen Shareef at London Centre.

The main speaker on the occasion was Shaykh Sohail Ahmed Saddiqui, who highlighted the miracles of Shaykh Abdul Qadir al-Gilani al-Baghdadi (RA) through an educational and spiritual point of view. He said that on each Wali, there is a Qadam and Ghaus-ul-Azam (RA) has the blessed Qadam of The Prophet (S.A.W). He quoted a few lines from the book “Ghous Al Azam” written by Hazoor Tahir Allauddin al-Qadri al-Baghdadi (May Allah be pleased with him). Once, the then rulers came to Sayyedina Ghous-ul-Azam (RA) and presented a gift in the shape of gold stones but Huzoor Sayyedina Ghous-ul-Azam refused to accept the gift. When he insisted, Huzoor Sayyedina Ghous-ul-Azam squeezed the bundle of gold and blood started to run through the bundle and said money is from Haram earning and he can’t accept it. He said “The Walis of Allah are acting on behalf of the Holy Prophet (S.A.W) and are not proclaiming their existence and position until commanded by Allah to serve the whole world”.

He said that Sayyedina Ghous-ul-Azam (R.A) is not only known as the greatest of helpers, but was also a great preacher, a great educationalist, a great moralist and a great master of Islamic Law. He was the glory of the learned and light of Islam, the spokesman of theologians, the interpreter of spiritual knowledge, the unique leader of leaders and a reviver of Islam.

In a special message, Director Minhaj-ul-Quran International London, Allama Muhammad Zeeshan Qadri thanked the honourable guest for his time. He also led the zikr with the company of Huzoor Pir Syed Abdul Qadir Jamaluddin. He also thanked the entire respected guest scholars from local mosques in particular and all the audience in general for participation in this beautiful gathering.

Allama Shahnawaz, General Secretary Minhaj-ul-Quran International London, the presenter of the programme, described the attributes of Ghaus-ul-Azam in a very different perspective. The programme ended with the manqabat of Ghaus-ul-Azam and Dua by Huzoor Pir Sayyid Abdul Qadir Jamaluddin Al-Qadri Al-Gilani.

May Allah Ta’ala grant us true love for Hazrat Ghous-ul-Azam and may we always be at the feet and service of Sultan-ul-Awliya Shaykh Abdul Qadir Al-Gilani. Aameen 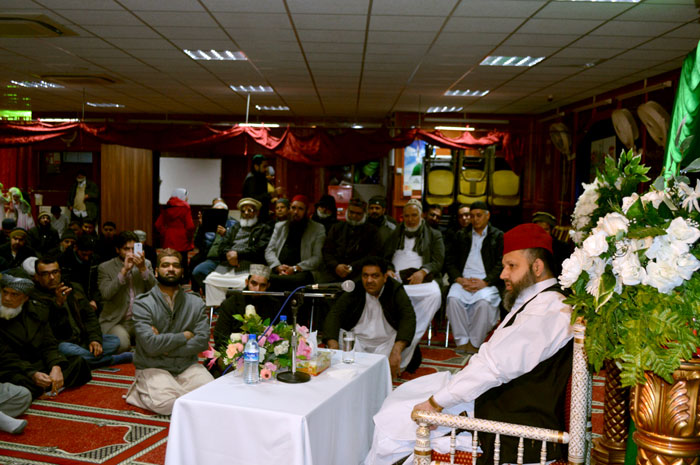 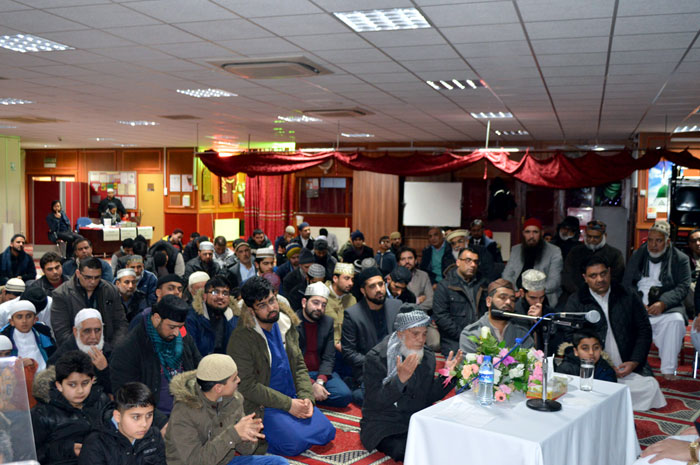 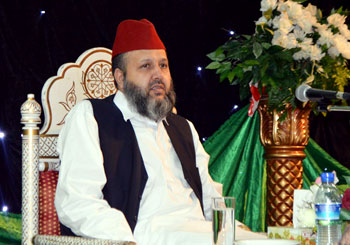 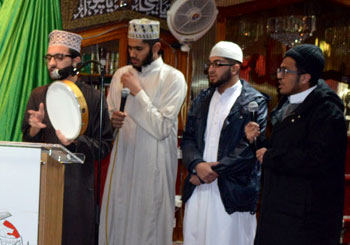 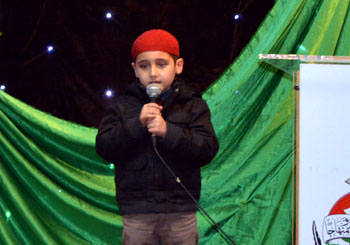 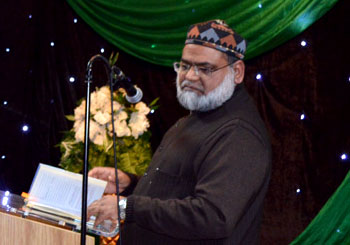 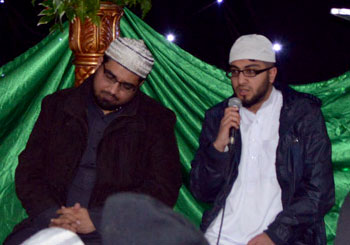 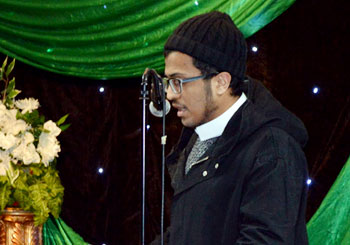 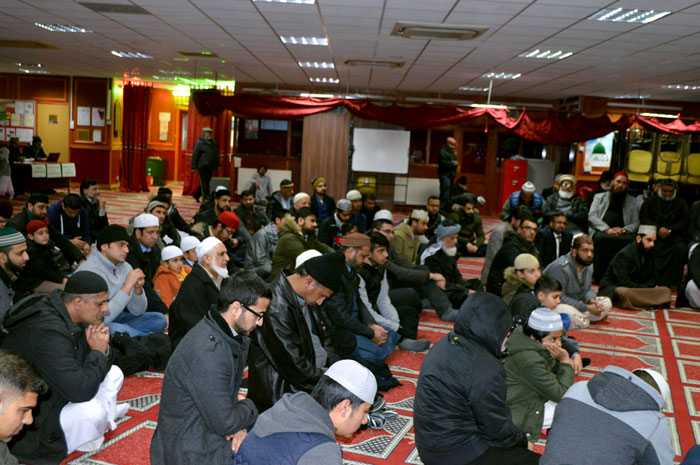 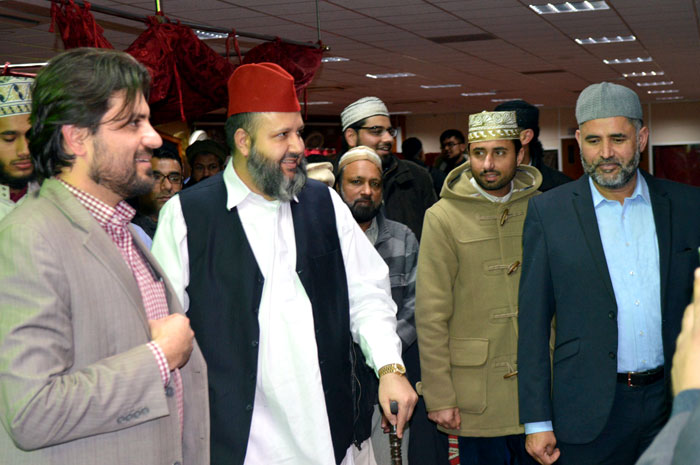 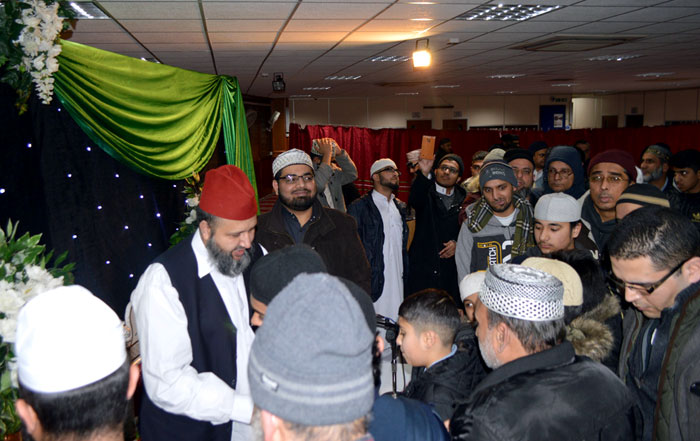