Celebration of Lailat-ul-Qadr at Minhaj-ul-Quran cultural center in Paris (Oct 19, 2006)

LA COURNEUVE (FRANCE) – For muslims in all over the world, the night of Qadr (Litteraly the night of destiny) is the most awaited event in the month of Ramadhan. 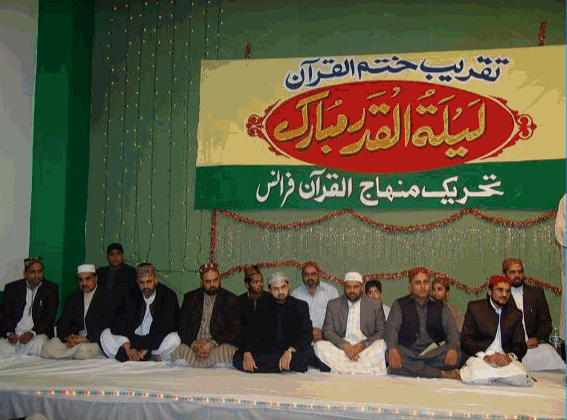 And this is indeed in a real state of peace and brotherhood that the program organised for the occasion started in the Minhaj-ul-Quran Cultural Center of Paris.
The program began at 11.00 PM, when the Imam finished with a bit of nostalgy, the recitation of the Holy Quran, after 26 days of Traveeh prayers. Different Nasheed singers of Paris came then successively on stage to offer their contributtion in this holy night. 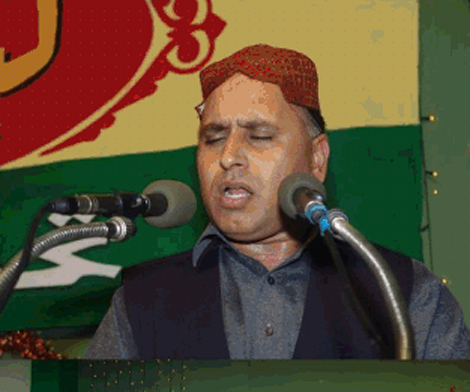 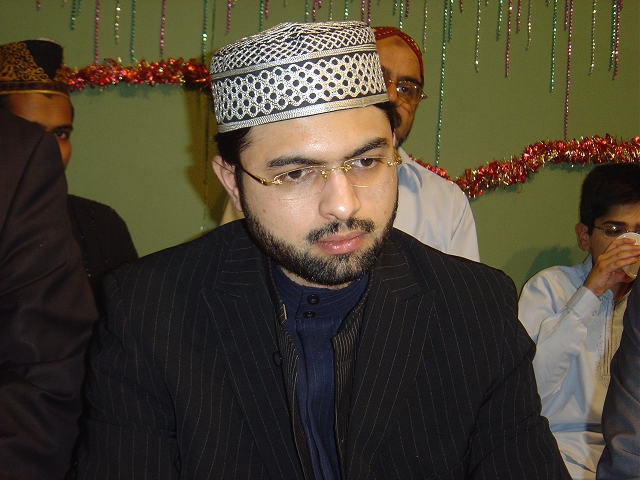 The program really took another dimension when the first of the two guests came on stage. Famous Pakistani Nasheed singer, Qadir Ahmad, came specially from Spain to enlighten with his amazing voice the heart of each person in the audience.
The emotion was then at its peak when the second guest of the night , Hassan Muhiuddin Qadri, came on stage. The young Scholar, son of Shaykh ul Islam Dr. Muhammad Tahir-ul-Qadri, gave us the honour to chose Paris in order to deliver the most important of his long serie of lectures, started also 26 days earlier ( every day during Ramadhan) on Prime TV, the European branch of the national Pakistani television channel PTV. 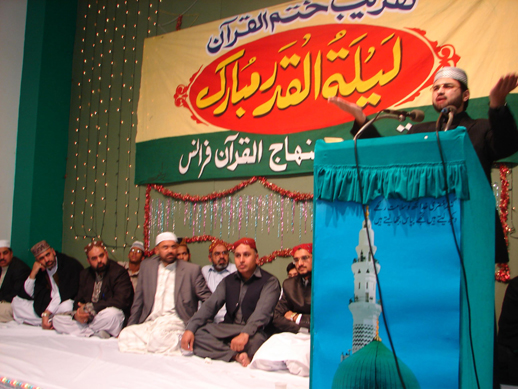 The theme of the lecture was begging forgiveness to the Lord. He said that forgiveness is the very first step for a believer to start its spiritual journey and ascension. Quoting Quranic verses and authentic traditions (Ahadith), he stated that if God has placed Forgiveness as the very first step, it is because He wants to give people the real message of Islam : The religion of optimism, of peace, and compassion and not the relgion of negation, restriction and repression, as unfortunatly some todays pseudo fanatic scholar try to present to the world. 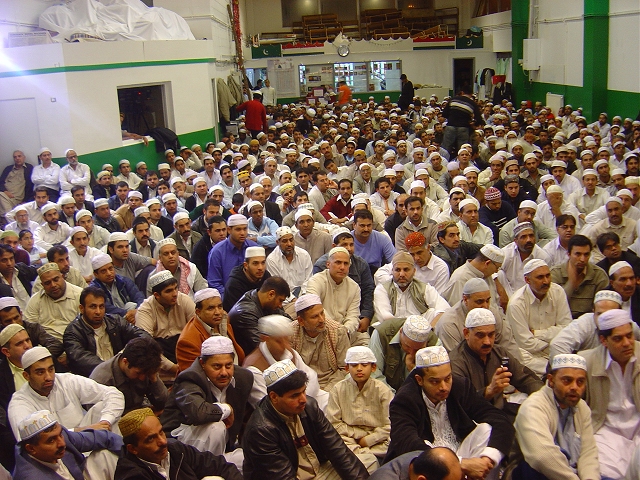 He then added that the believer can ask forgiveness at any time of his life, whatever his past and his sins are. As an example, he narrated the story of Fuzail Ibn Ayyaz, a dreaded thief of his time who became a symbol of good conduct and wisdom, after having submitted to his Lord a sincere forgiveness.