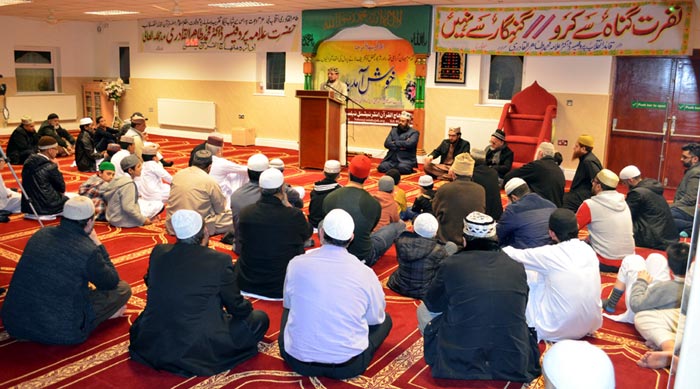 On the 19th February 2015, with the grace of Almighty Allah سبحانه و تعالى & through the blessings of the Beloved Prophet Muhammad صلى الله عليه و سلم Minhaj-ul-Quran International Nelson organised a gathering to celebrate the 64th birthday of Shaykh ul Islam Dr Muhammad Tahir-ul-Qadri. Members from all the various forums of MQI Nelson, the local community and the distinguished guests were invited to be present at the Jamia Masjid Minhaj-ul-Quran on Brunswick Street in Nelson to participate in the gathering. Arrangements were made for both brothers and sisters.

Before the commencement of the programme, the congregation came together and recited the Holy Quran and Durood Sharif for the departed souls of martyrs of the Model Town and Islamabad Massacre.

The gathering was held under the supervision of Allama Hafiz Abdul Saeed. The programme commenced with the beautiful recitation of the Holy Quran by Waqas Hussain.

After the recitation of the Holy Quran, Faizan Faisal was introduced to the stage to read a Naat praising the Beloved Prophet Muhammad صلى الله عليه و سلم . Mohin and Hussain then read a kalaam relating to Shaykh ul Islam Dr Muhammad Tahir ul Qadri in which they asked Almighty Allah سبحانه و تعالى to grant Shaykh ul Islam a long and healthy life.

Zain Shabbir from Accrington then shared his thoughts about the Quaid Day and said that it was great to see the connection people have with the Minhaj-ul-Quran International and the affection they have for Shaykh-ul-Islam. Zain sang anthems relating to Shaykh ul Islam, which the entire audience greatly appreciated. Kabir Hussain was the final Naat Khawan who read an amazing kalaam in which he highlighted the achievements of Shaykh ul Islam.

Allama Hafiz Abdul Saeed then invited the first of the distinguished guests, Allama Nomaan Al Azhari (MQI Rawtenstall) to deliver a talk about the life and work of Shaykh ul Islam Dr Tahir ul Qadri. In his brief talk, Allama Nomaan Al Azhari stated that Almighty Allah سبحانه و تعالى has stated in the Holy Quran that for every nation he has sent personalities and leaders to guide the people to the true religion and that person in our time is Shaykh ul Islam. Furthermore, he explained that through his books, lectures and conferences throughout the world he has revived the true love for Prophet Muhammad صلى الله عليه و سلم and spread the message of peace, love, harmony and integration all around the world through the mission of Minhaj-ul-Quran.

The main talk was delivered by our distinguished guest from MQI Manchester, Allama Muhammad Haroon Abbasi Al Azhari. Through his unique style, he inspired all those in attendance with beautiful tales about Shaykh ul Islam's life and the reasons why he is held in such high esteem throughout the world and especially throughout the Muslim world. Allama Muhammad Haroon Abbasi Al Azhari talked about how we should all feel privileged and honoured to be connected with a Quaid of such great personality, leadership, knowledge, courage, compassion & a true reviver of Islam. 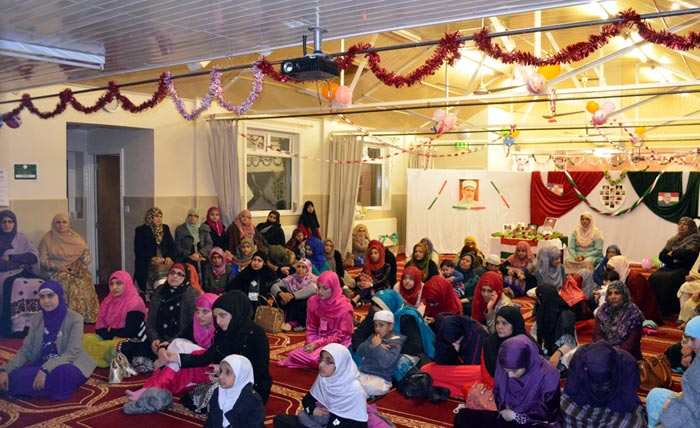 Shaykh ul Islam has guided many to the true religion of Islam and broken down barriers and built bridges between the different faiths around the world. His mission is and always will be to show the true message of Islam and the greatness of the greatest of Prophets, the Beloved of Allah the Almighty سبحانه و تعالى Prophet Muhammad صلى الله عليه و سلم . Shaykh ul Islam is someone who through the teachings of the Holy Prophet Muhammad صلى الله عليه و سلم is someone who has always cared for those less fortunate and through Minhaj Welfare Foundation, a worldwide humanitarian organisation has helped and aided people all over the world. Allama Muhammad Haroon Abbasi Al Azhari finished his beautiful and inspirational talk by asking everyone to pray for his health and for us all to strengthen our relationship with Minhaj-ul-Quran and invite others to the great mission.

At the end of the 64th Quaid Day gathering a cake specially made for the occasion was cut by both the brothers an sisters whilst brother Kabir Hussain was busy in singing national anthems relating to Shaykh ul Islam. Allama Nomaan Al Azhari made a heartfelt Dua for the health, well-being and long life of Shaykh ul Islam Dr Muhammad Tahir ul Qadri. All those in attendance were then served food and the birthday cake. 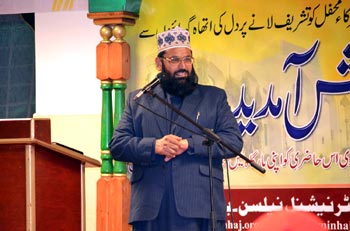 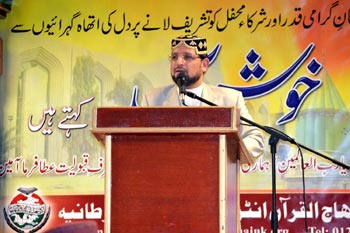 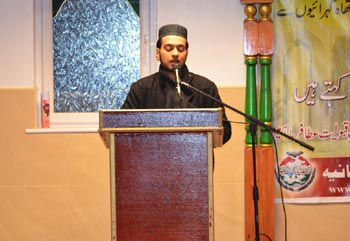 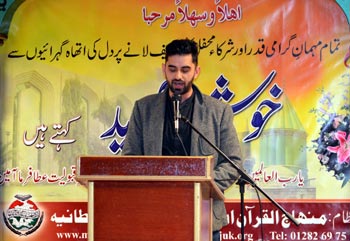 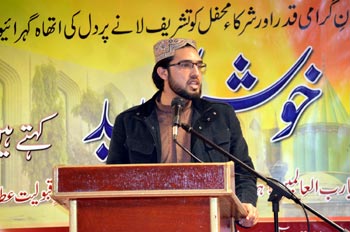 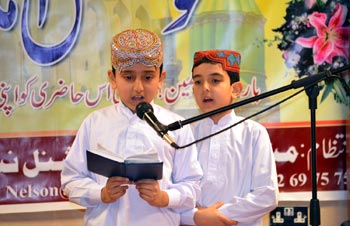 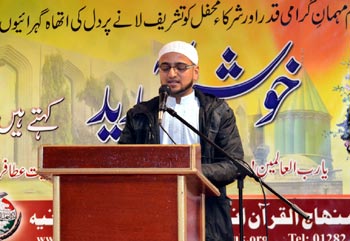 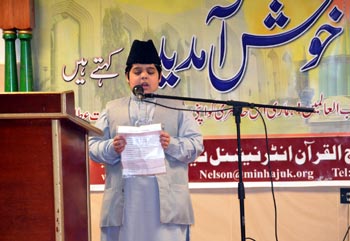 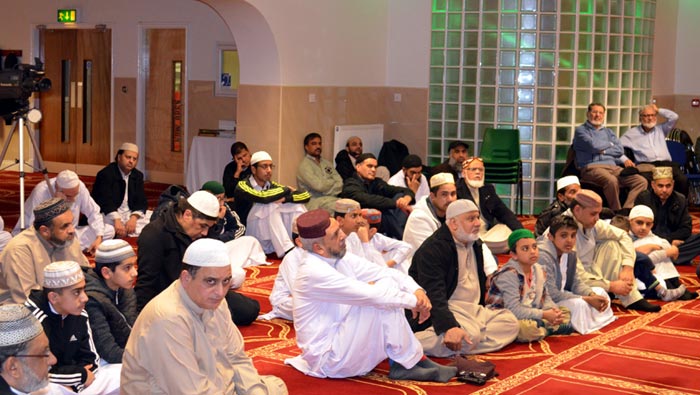 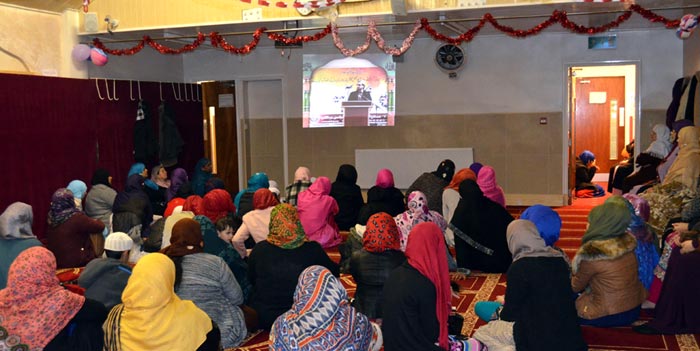 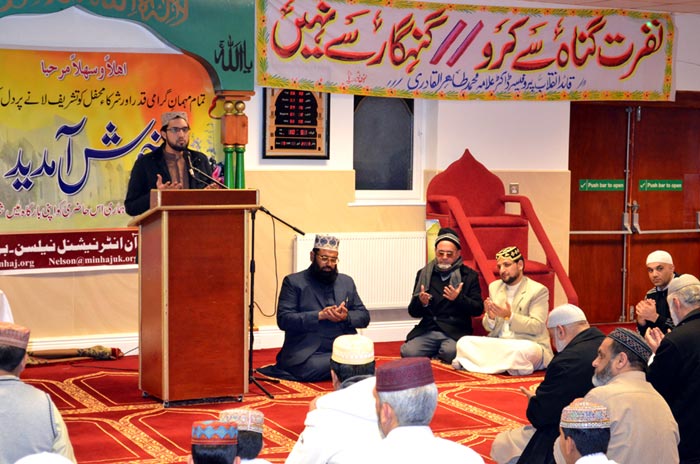 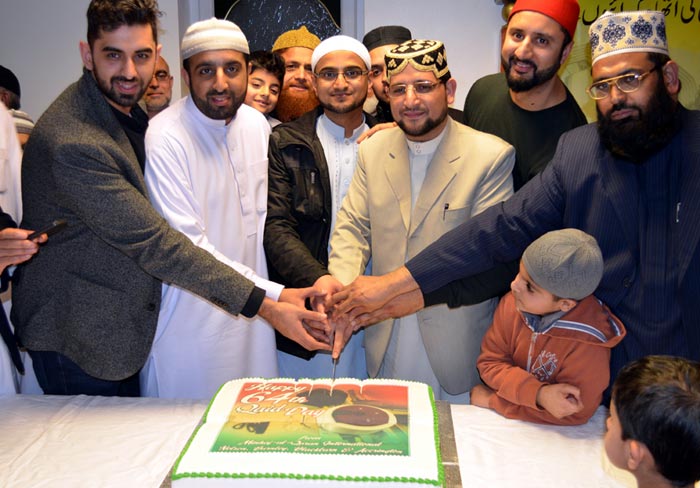 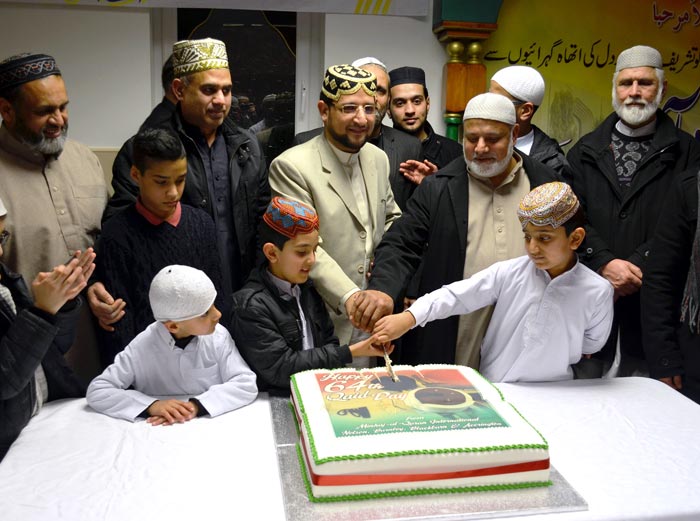 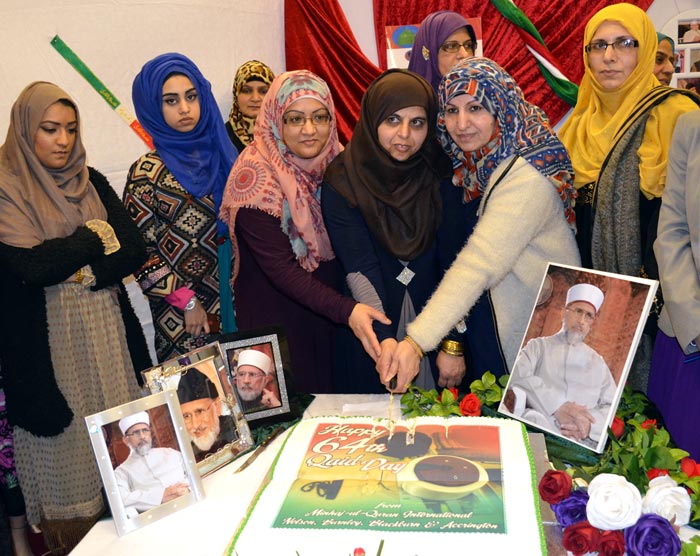 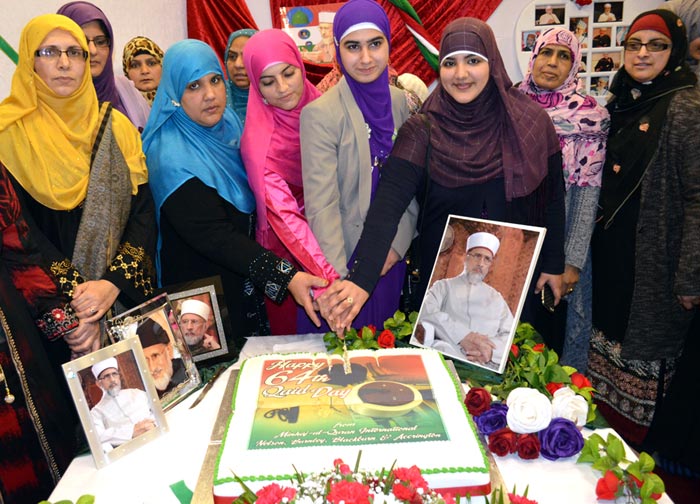 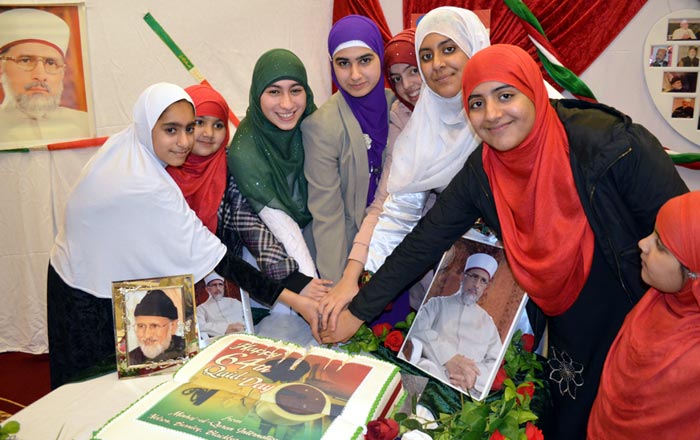