Shaykh-ul-Islam Speaks to the Students 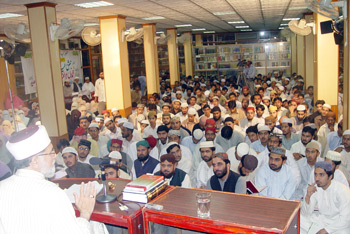 His lecture started after the evening prayer that continued till 11 pm. Dr Muhammad Tahir-ul-Qadri, Chief Executive of the University, gave the lecture on the Qur’?nic concept of obedience to Allah Almighty. He said Allah Almighty has given spiritual status to people according to their spiritual station. He gave the reference of Hadith-e-Qudsi (Sacred Tradition) in which Allah Almighty says that He keeps company with those who remember Him. 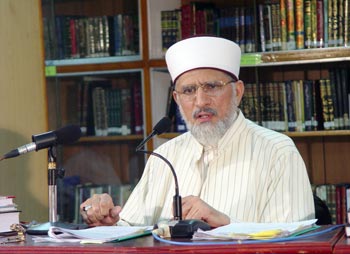 He said there are three kinds of men in the sight of Allah: Abd-e-Aabiq, Abd-e-Raqeeq and Abd-e-Mazoon. They all enjoy themselves different relation with Allah. He told the students in his lecture that the people who keep company with men of excellent virtues are led to life of heart in the real sense of the word. As the obedience of people differs from man to man, in the same way the mercy of Allah differs from person to person.

He said Allah Almighty has given knowledge to every person. But one of the men is Hazrat Khizr whose knowledge is unique. Allah Almighty sent Hazrat Musa to him so that he may understand his own position. He also pointed out that Satan was also Allah’s slave and he also believed in the Oneness of Allah Almighty but he displayed his arrogance and pride. He did not show respect to the prophet and thought himself equal to him. All other angels believed in Oneness but they displayed their obedience and respect. They bowed down before the decree of their Lord and prostrated themselves before Him. Due to arrogance and pride, Allah Almighty condemned Satan and kicked him out of His Court. 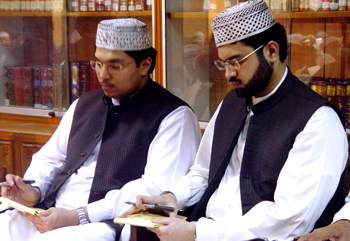 He also said in his speech so-called religious scholars are trying to bring ill-name to Islam. Today Din of Allah is in the hands of tyrants and in the hot water. He said that he heard a so-called religious scholar saying that Intercession of the Holy Prophet (SAW) is mentioned in the Holy Quran but there is not any reference about the acceptance (May Allah Almighty save us from such evil thoughts). He said that is naked ignorance of Islam and Din. Such polluted thoughts are shaking the beliefs of the youth and dragging them towards deviation.

He said the preaching like this is extremely against the Quran and Hadith. If a person refutes the Quran and Sunnah, he refutes Din. He said that the so- called scholars are devastating Islam and innocent people are being victimised in the very name of Islam. He said in the Holy Quran there is no mention of the number of cycles of prayer, the way of prayer, how the fast is broken. There are many obligations that are mentioned in the Holy Quran but their details have not been given. Even the Holy Quran does not establish that the Quran is Quran. The only proof we have is the saying of the Holy Prophet (SAW). The Holy Traditions of the Prophet alone guide us in such matters; we have been informed about all these things by the Holy Prophet (SAW). 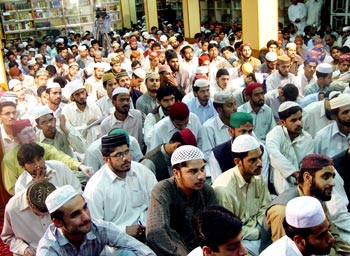 He said that these so called people must bear in mind that the Quran gives only rules, principles, not their details. If we want to know the philosophy of Din, we must seek guidance from both Sunnah and the Quran. If a person just tries to seek guidance only from the Quran and thinks that it will suffice, he is wandering into fool’s paradise. It is injustice to religion.

He also said that today knowledge is in plenty and abundance but as for as the practice of knowledge is concerned, it is too little. Besides, the religious scholars do not study and research and due to lack of knowledge and ignorance they pass statements that are contradictory to the soul of Islam.

He urged the students to develop interest into Islam. Without it, they would not be able to touch the pinnacles of success in modern world of science and technology. He urged them not to confine themselves to only the books included in their curriculum but to benefit from the other books on the same topics by different authors. He also inspired them to utilize other means like internet etc. He also told them to purify and purge their soul so that they may get an exalted place in the eyes of Allah Almighty. 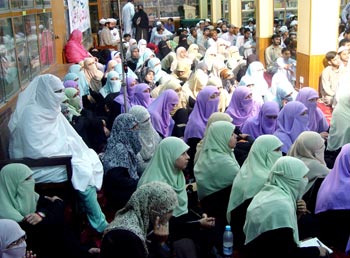