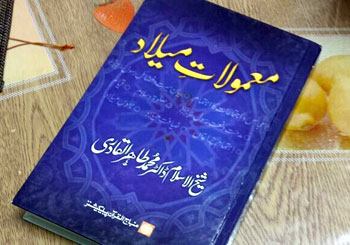 On the 21st of February a Mawlid-un-Nabi (SAW) was celebrated under the banner of Minhaj Women League and Minhaj Youth League, which was attended by over seventy people. The gathering was held at Shabnam Parveen’s house (General Secretary Sandwell Minhaj Women League) in West Bromwich. The proceedings of the programme started off with ‘Khatam-e-Ghousia’. Nasheeds were then recited by Minhaj-Al-Barakah sisters of Minhaj Youth League. Sister Sadia Bibi (Dawah Secretary at Sandwell Minhaj Women League) gave a beautiful speech in Urdu about the importance of Mawlid-Un-Nabi from Shaykh-ul-Islam Dr Mohammed Tahir-ul-Qadri's book 'Mamulaate Mawlid'. The programme finished with Salaam and prayer. Food was served to all the attendees.